This past Monday, my wife and I returned to Baltimore from a seven-week trip to Longboat Key, Florida. Our flight was packed.

So was every other flight.

So much so that many of the major airlines had to cancel, reschedule, or delay fights. 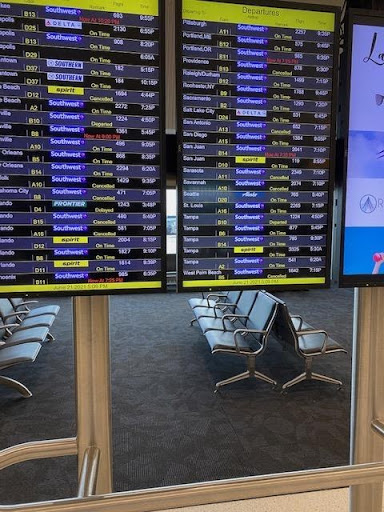 Flying in the United States recently has been a nightmare for many travelers.

The airlines [American and Spirit] canceled more than 800 flights combined on Monday and delayed more than 1,000.

A Spirit spokesperson told ABC News the cancellations are the result of a "perfect storm," blaming weather, staffing shortages and crews reaching the hour limits in which they are legally able to fly.

All U.S. airlines and the TSA have struggled with staffing as air travel has rapidly jumped from historic lows to approaching pre-pandemic levels.

This is all due to The Great Reopening.

In last month's analysis of my macro-investment thesis, “The Great Reopening, Part 1,” I laid out the events the United States specifically — and the rest of the globe generally — were experiencing in the beginning of the 1920s decade.

Let me quickly remind you what was happening 100 years ago:

Many of these negatives bottomed out, and by 1922, the markets were full of rocket fuel.

Fast-forward to 2020–2021. Here’s what is happening right now in the United States specifically and the rest of the planet generally:

I consider these to be the most important economic factors heading into the rest of this decade. But the factors I consider to be the fuel for an epic bull run in the coming years are massive disposable capital in the form of the current savings rate, low interest rates, the massive amount of unfilled employment positions, and an economy that’s restarting at a near-zero baseline.

My 16-year-old daughter recently lost her job. She worked at an eatery that had become one of the most popular breakfast spots in our county.

But the owner — an immigrant from South America — had to close his doors for good. Why? He couldn’t find enough employees. 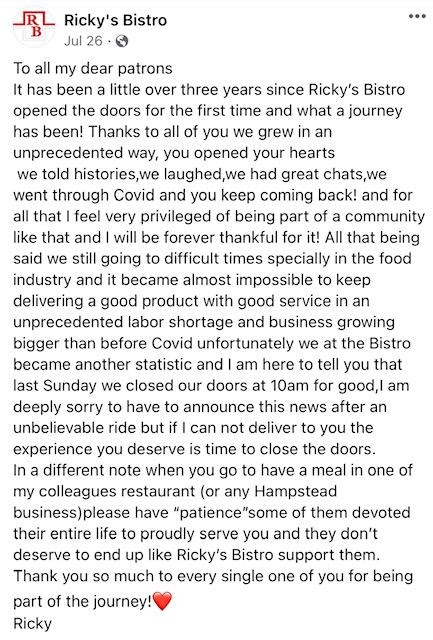 And this was posted on the front door of our breakfast spot on Longboat Key: 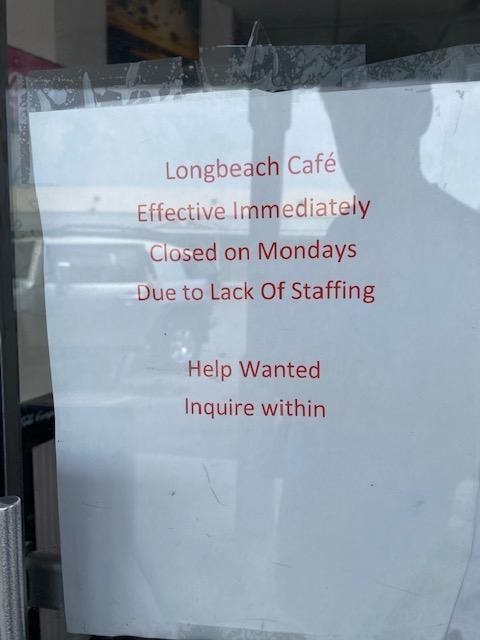 There are “Hiring” signs everywhere.

Not just in Florida or Maryland. Everywhere. In fact, there are more than 10 million job listings in the U.S. right now: A record.

But even with the record number of job openings, travel bottlenecks, and the call for more lockdowns and restrictions because of the spike in the COVID delta variant, the markets and the economy march on.

You see, in March of this year, the U.S. savings rate was nearly 27%. Total savings in the U.S. is roughly $2.3 trillion. To give you an idea of how staggering that is, it’s larger than the GDPs of 205 countries.

When that capital starts getting invested and spent (as it is starting to), it’ll act like a trampoline for the markets.

Which is why my all-star stock picker and visionary Chris DeHaemer has an exclusive presentation on The Great Reopening, and a rather unique way to play it.
In it, he lays out the one stock he sees doing quite well in this environment. In fact, it's so unique and promising, Biden and his democratic friends hate it. That's all I need to hear to know this stock has blockbuster potential.

I urge you to listen to Chris’ advice. Two of the stocks he recommended right before the COVID lockdown have returned 440% and 222%, respectively.

You can get his free presentation by clicking here.

P.S. I’ll be speaking next week at the MoneyShow on Tuesday, August 10, starting at 2:40 p.m. EST. I’ll further discuss my Great Reopening investment thesis… and the three stocks I think will be some of the best-performing investments for the next several years.

You can watch my presentation live and online from the comfort of your own home or office. Go here to reserve your spot.