You've probably seen images like these by now... Snapshots of a strange, undulating landscape, not quite solid but definitely not liquid.

And if you've seen the images, then you've heard the name too: The Great Pacific Garbage Patch.

Not merely The Pacific Garbage Patch, mind you, but Great. And it's no hyperbole.

Measuring almost a million square miles, it's twice the surface area of Texas and contains an estimated 1.3 trillion pieces of garbage.

The patch itself isn't so much a patch as a dense archipelago, with garbage tangled in fishing nets giving nearly solid consistency to the floating islands.

Nobody I've ever spoken to who has seen these images has ever thought this was anything less than serious, but at the same time, few people look at this as a personal problem.

This continent of refuse is floating out there somewhere, half a world away. What difference does it make to any of us?

Not in My Backyard? Good.

That's the sort of depressingly fortuitous irony that we lull ourselves into accepting. We, the people who have contributed more than any other nation or culture to the global plastic contamination crisis, are also those who get to stand back, shrug, say a prayer or have a thought — or execute some other token act of fake empathy — and toss the next six-pack of Coke into our shopping carts.

That's how we do things around here. Even our staunchest, most vocal, most celebrated environmental activists are never more than a public sporting event away from adding another couple grams to the problem. 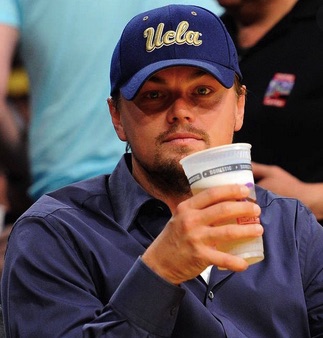 The issue is that this isn't just a remote, far-away problem. This problem, like everything else involving our global ecosystem, is already in our backyards, in our bodies, and in the bodies of generations as of yet unborn.

When you look at the Garbage Patch, you see mounds of floating debris, but it's the particles you don't see that are the most dangerous.

These tiny bits, called microplastics, are some of the oldest building blocks of the Garbage Patch, some having been in the water for decades. Gradually worn away by the water and sunlight, these bits are the size of a pinkie nail or smaller, with even smaller, microscopic fragments constantly shedding.

These tiniest of bits inevitable get consumed by the vast array of oceanic wildlife, thus gaining an entry into the planetary food chain.

OK, so maybe you don't eat seafood. Hurray, this is the big win you were holding out for for so long, right? Wrong.

Microplastics have now been found in everything from beer to tap water, which I'm guessing even the hardiest of seafood haters will require at least one of.

So what happens after one of these bits of plastic gets inside you?

Phthalates and bisphenol A, commonly known as BPA, are chemicals that can leach out of common plastics and into surrounding environments, including into the digestive systems of animals.

According to the Texas Medical Center, phthalates and BPA were both observed to act as endocrine disruptors, which can interfere with the hormonal system and cause birth defects, tumors, and other developmental disorders.

Worst of all, the effects of these endocrine disruptors can be passed down to subsequent generations.

This Is Only the Very Beginning

And it's not getting any better, either. Each year, 8 million tons of new plastic enters our oceans. Each bottle, each cup, each container will stay in the ocean for centuries, leaking its DNA-altering toxins into the water that our entire ecosystem is founded upon.

You get the size of the problem now. Recycling, using paper straws, and being mindful isn't going to even start to get the job done.

Plastic needs to be replaced, pure and simple.

Right now, there is a company that just might do it.

It's created a fully compostable, organically produced plastic alternative, and has already entered the market through one of today's most popular and fastest-growing trends in coffee: the single-serve coffee pod.

More than 56 billion of these tiny containers go into landfills — and into streams, rivers, lakes, and oceans — every year, making this a major problem within a major problem.

The company with the solution stands to capture a multibillion-dollar market.

Now, please be forewarned: This is a tiny company whose stock, though already public, is quite volatile.

The market capitalization is barely over $60 million (USD). That said, even a small share of this market would multiply that market cap by an order of magnitude.

Don't spend another minute wondering. Check out my presentation and get the full story on the problem, the solution, and the company that's going to bring it into reality.