The Future of Cars: Onboard Power Generation

Let me paint a picture to give you an idea of just how pathetically unadvanced modern electric cars really are.

Tesla (NASDAQ: TSLA), the world's most successful EV brand, powers its cars with rechargeable lithium-ion battery packs, with units weighing in at 1,200 pounds.

Each battery pack consists of 16 modules, with each module containing six groups of 74 cells wired in parallel.

That's 7,104 cells in all, all connected by almost a mile of wiring. 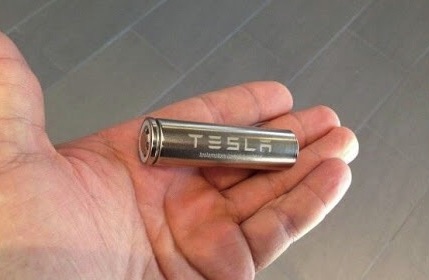 Remind you of anything?

That's right ladies and gentlemen, that sexy Model S that you drool over every time it glides past you in traffic is nothing more than a life-sized remote control car that you drive from the inside.

Here's the one I had as a kid: 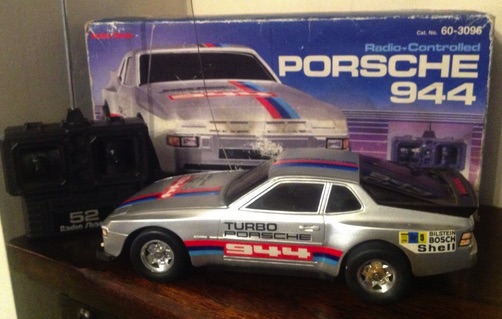 This sweet-looking, 1:10-scale Porsche 944 took eight AA batteries, which means that the average Tesla is about 900 times as big but other than that, the differences are cosmetic.

And that goes for every other EV out there today.

If you're carrying your electricity on board with you, then that's exactly what you're driving: an oversized toy that hasn't been cutting edge since it hit the commercial market in the 1960s.

But the conceptual failure that the modern electrical vehicle represents goes deeper than the obsolescence of the core technology.

Today's EVs are not a serious solution to the problem of fossil fuel as a power source.

Conventional electric cars, which rely on rechargeable batteries, are still dependant on whatever method of power generation delivered that electricity to the charging station or to the home of the car's owner.

In the U.S., 64% of that power comes from coal or natural gas, so as electric as your oversized remote control car may be, it's still very much demand for fossil fuel.

For a solution to the transportation problem to be considered viable long term, it has to be emission-free from beginning to end but it also needs to meet two other criteria: It has to make heavy usage of existing technologies to be readily scalable for the mass market, and most importantly, whatever its source of power is, it has to be cheap, abundant, and safe to use.

Well, today, such a technology exists.

Let me paint another picture.

It looks just like any car. In fact, the technology can be installed on just about any chassis. It makes its power onboard. The only byproduct of its process is water vapor which — when condensed into a liquid — is clean enough to drink.

It can be refuelled just as fast as you can fuel any conventional gas-powered car. When fully filled, it will go for hundreds of miles.

Our Universe's Most Basic Building Block

And what do you fill it with exactly? None other than the most abundant element in the universe: hydrogen.

What I just described is the hydrogen fuel cell, and despite sounding magical, it's proven, reliable, and as safe as anything on the modern road.

In 50 years, when today's Teslas and competing offerings from Mercedes, Toyota, BMW, Chevy, and all the rest are museum pieces, fuel-cell vehicles will be doing the bulk of the heavy lifting when it comes to personal and commercial transportation.

There's simply no way around it.

No other technology combines such elegant simplicity with readily available technologies. It's not as stylish as a Tesla or as eye-catching as the latest oversized remote control car from Porsche, but in the end, economy and practicality will win out.

In fact, if they're smart, Tesla and all of its cohorts will get into the game themselves... whether they will remains to be seen.

One thing is for sure, however: Companies currently involved in the development of hydrogen fuel-cell technology will become an industry unto themselves as the world changes over from fossil fuel dependence.

And it won't take nearly as long as you might think, either.

You see, hydrogen fuel cells are already in common usage, right under your nose.

They're in cars, they're in busses, and they're on the road. If you live in a major city, it's possible you passed one today without even noticing.

For the last several months, Jimmy Mengel, one of my fellow editors here at Angel Publishing, has been following this story.

He has found one company, in particular, that's already a leader in this field, with products ranging in application from automotive to rail to unmanned aircraft.

He took a trip out west to see it for himself. He rented and drove a hydrogen-powered car. He even tested and proved its reliability by getting into a minor accident.

The report that resulted from all this has been making the rounds in investor circles for a few months now.