The Federal Government Has Been Waging Class Warfare

Why These Investments are Illegal for You

The following story may leave you a bit in disbelief, but it should also leave you angry.

You'll see why after I'm done telling it.

The main character of the story is a graffiti artist, an occasional criminal, and a natural — some might say pathological — gambler.

Like most graffiti artists, he didn't care much about the finer things in life. He certainly didn't care much for modern marvels like the Internet and social networking — even though the latter would change his fate forever.

In late 2004, this young man, who was 29 at the time, was hired by the partner of a fledgling Silicon Valley start-up to paint some X-rated murals inside their office.

Being a gambler, however, this artist decided to take his payment for the first job not in cash but in shares of the company — which was still quite small at the time and years away from going public.

Like I said before, he didn't care much for what the company did. In fact, he claimed he thought it was a "ridiculous and pointless idea."

But the idea that this artist — who many considered little more than a glorified vandal — thought was ridiculous ended up getting some traction.

A lot of traction.

In fact, it got more traction than almost any website that came before or has come since.

A Story for the Ages

Five years after the completion of this artist's second job for the start-up, the company went public.

The artist's name is David Choe, and the company is Facebook (NASDAQ: FB).

If you don't believe me, go ahead and Google his name. I promise you'll reread this story on a number of different sites — including David Choe's own Wikipedia page.

Today, this slightly anti-social graffiti artist, who has spent more than a few nights sleeping in the streets, is worth more than $200 million. 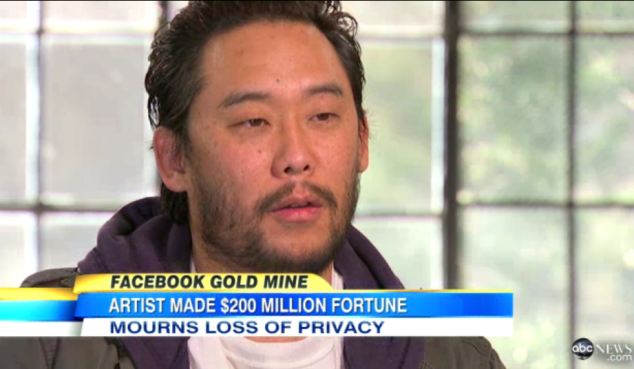 But if you think a story like this might befall you at some point in your life, I hate to burst your bubble.

Now this is the part where you're going to get angry.

The reason you're not going to make nine figures in a sudden change of fate like the kind that changed David Choe's life isn't because you're not talented or smart or lucky...

It's because there is a federal law on the books that prevents ordinary, everyday people from even being eligible for this kind stroke of luck.

The law is known informally as the accredited investor rule and was written into the books as Rule 501 of Regulation D of the Federal Securities act of 1933 — Roosevelt-era legislation that imposed the first major regulations on securities trading during the early years of the Great Depression.

And here is the part that should make you angry...

Under the guise of protecting "unsophisticated" investors from overly risky business ventures, this law defines exactly who can and cannot put money into non-public companies — companies like the kind Facebook was back in 2007.

The main condition affecting most people is the wealth or income-based requirement.

If you want to invest in a non-public company, you need to fit one of two categories:

Now, there is another way you can be an accredited investor, and that's if you either work for the company in question or are personally related to or associated with (friend or family) a major shareholder.

David Choe was able to get shares of Facebook thanks to his close association with Mark Zuckerberg and Sean Parker (Facebook's first president).

However, since few of us have friends like Mark Zuckerberg, the most common way for a private investor to get a piece of a highly prospective start-up is simply, for lack of a better phrase, to be rich enough.

Once you meet the threshold income or net-worth requirements, the world of private equity investing opens up to you, and you can move forward to become even richer.

And when it comes to private equity, it doesn't take much of an initial investment to become much, much richer.

Reid Hoffman, for example — one of Facebook's early venture capitalists — kicked in a paltry $40,000 in the very early stages. 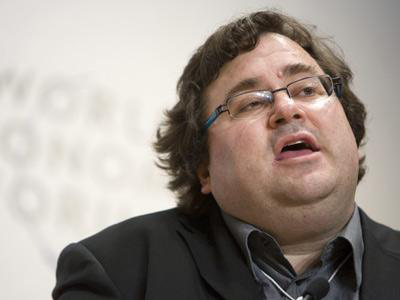 Just think... In the right circumstances, for the price of that kitchen remodel you want to do or that Lexus you've been eyeing, you could become 90% of a billionaire.

Only you're not even in the running because the federal government, in all its wisdom, doesn't think you're smart enough to manage your own money well enough to take the chance.

I know it sounds oversimplified when put into these terms, but the sad fact is that it's exactly that simple.

For more than 80 years now, this one law has been the very tool by which the rich get richer and the middle class stays essentially stagnant.

It's why giant investment houses and their clients make billions each year, whereas you only get a bite of the apple after the company has gone public.

Why You're Always Late to the Party

Since May 16, 2012 — the first day regular investors were able to buy shares of the company on the open market — Facebook has merely doubled in market capitalization.

Still not bad for two and a half years of public trading, but nothing close to the sort of mushrooming growth it experienced in the early days.

Not surprisingly, most of the early investors dumped their shares the day of the IPO or soon afterwards.

If you invested in Facebook after that point, it's your money, along with that of millions of other retail investors, that went into the pockets of early investors. 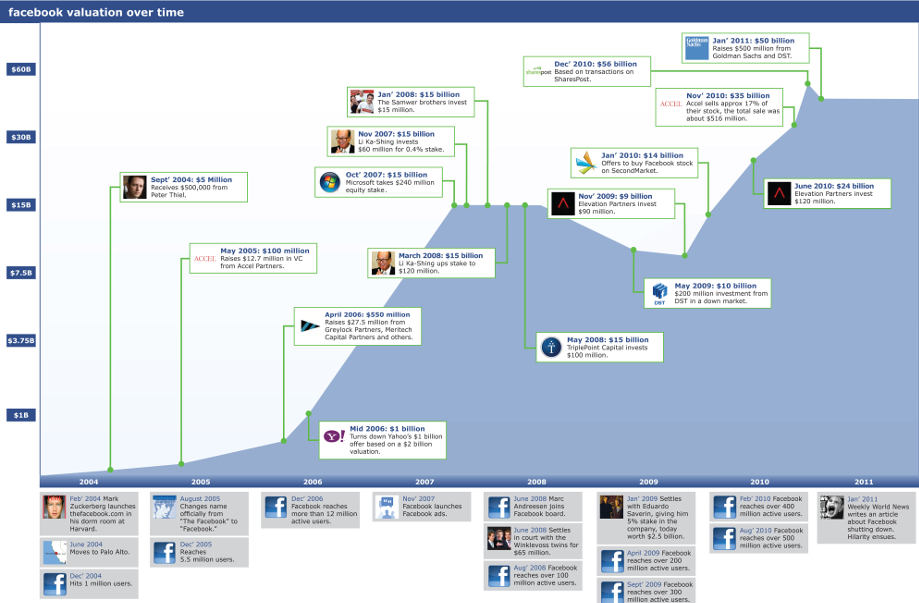 Mark Zuckerberg himself pocketed $1.1 billion in cash that first day by selling off less than 4% (30.2 million shares) of his position.

His partners and the venture capital firms that financed the company's early growth took home billions upon billions more — even as shares careened from $42 to $18 in the early months of trading.

The same happened, and happens, every time a successful company goes public.

As much as it seems justified to do so, don't go blaming the billionaires for this. They're just exploiting the rules the federal government, under Democratic icon Franklin Roosevelt, set up for them.

This law isn't merely unjust; it reeks of governmental abuse. It essentially says to middle class Americans that their money isn't really theirs to do with as they please.

All for your own good, of course.

Okay, so maybe you're not going ballistic over this. Maybe you're one of those people who have accepted this as a fact of life.

If that's the case, I urge you to stop and rethink this situation right now.

Because while this may seem hopeless, it's not.

There is a way around this rule. It's legal, it's easy to do, and it's effective.

You can use this work-around to make returns similar to the kind private equity investors close every day — and you can get started right now without even leaving your computer.

I recently put together a report that details how people just like you have elevated themselves into accredited investor-caliber wealth and even grown rich without ever having to step into the mysterious and risky world of private equity investing.

Their stories are inspiring, and, just like David Choe's story, they're factual. Most importantly, they're stories you can reproduce in your own life.