The Fall of an Evil Empire

Facebook’s shares have been taking hits left and right of late. And founder Mark Zuckerberg seems to make a new enemy every day.

Most recently, it’s been the Department of Justice (DOJ) and the Federal Trade Commission (FTC) looking at antitrust violations at big tech companies like Google and Amazon. That's got some investors worried the Social Network is next.

But this week, things got even worse over at Facebook...

You’ve no doubt heard that lawyers need flexible morals. Everyone needs representation, and you’ve got to be able to get around the fact that you may be trying to keep a murderer free.

But did you know that to run the most successful social network in the world, even flexible morals get in the way? You need nonexistent ones.

Fortunately, the bigwigs at Facebook have a long record of making it completely clear that morals are not an issue at their company.

That’s led to Facebook getting a pretty bad reputation.

I mean, it’s watched as hackers manipulated U.S. elections. It’s kept its mouth closed while anti-vaccine rhetoric spread across its streams and helped lead to the worst measles outbreak in over 20 years.

And it’s terrible at protecting users’ data. Zuckerberg has even been quoted as calling his customers “dumb f***s” for trusting him with their information.

But this week, news came out that proves the corruption goes all the way to the top. And it’s actually encouraged by the CEO himself.

You see, Facebook was using an app to collect sensitive data from nearly 200,000 users. And it did it by cheating Apple’s App Store.

Apple banned the app after realizing Facebook’s seedy scheme. But the damage was already done to the users.

All the Way Up

An email recently surfaced that proves Zuckerberg himself knew exactly how questionable his company’s privacy practices really are.

The company is still under FTC investigation about its paltry policies. And while responding to requests for more information, Facebook employees unearthed several messages.

Those emails show exactly how little Mark Zuckerberg and the other executives at Facebook care about our privacy.

Now, Facebook is doing everything it can to keep that correspondence from becoming public.

It’s already front and center in the public’s eye for its prior screw-ups. And now it’s got a brand-new public relations nightmare.

Before, everyone was focused on the platform and misuse of it. But now, the spotlight is directly on its arrogant, power-hungry founder.

But it’s still not the biggest thing he’s got to worry about right now...

This stuff is going on out in the open for everyone to see. And Facebook stock is taking some hits because of it.

But there’s a secret plan afoot to completely derail Facebook and take away all that power Mark Zuckerberg wields like spoiled child.

And the people helping orchestrate it are some of the most powerful in the world. 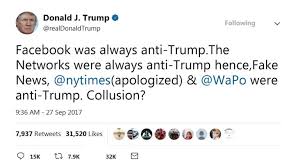 The other members of the anti-Facebook cabal may not be as powerful as the president. But they are some of the wealthiest people on Earth.

And they’re pumping billions of dollars into the plan to dethrone King Zuck and take down his evil online empire.

They’ve had great success so far, but now that the plan is really moving, they need more people to help. Even with all their money and resources, they still need more manpower to keep the wheels turning.

And that’s where you and I come in. You see, they’re so set on taking down Mark Zuckerberg and Facebook that they’re willing to shell out even more cash than they already have.

And they’re willing to pay it directly to people like you and me. The more people they get on board, the faster they get what they want. And what they want is the fall of Facebook.

Cash Your First Check This Month

They’ve already recruited a lot of folks to help out with the plan. But there’s still room for a few more.

But there’s a catch: The next payment for their supporters goes out in a few weeks. If you’re not on the list when the checks get printed, you’re not getting a single penny.

June 27 is the magic day. If you’re on the list by the close of business on the 27th, you could cash a check for as much as $14,900. If you try to get on board even a few seconds late, you’ll get absolutely nothing.

I know June 27 seems pretty far away. But think how fast this week went by. And think how many things you need to take care of between now and then.

Thirteen days doesn’t seem like that much when you put it that way.

And that’s why I’m urging you to take just a few minutes today to read the report my colleague and I put together detailing the opportunity.

In just a few minutes of reading, you’ll hear about some of your future fellow participants. You’ll learn how much they’ve been collecting by helping take down Zuckerberg. And you’ll learn how you can get in on these lucrative payouts.

Just a few minutes to secure a lifetime of financial security. A quarter of an hour traded for a $14,900 payday. I can’t think of a much better investment of your time.

So don’t wait and miss the boat on another incredible opportunity. Read this report now so you can start planning how you’ll spend that big check you’ll get come June 27.