Tesla Stock to Split 5 to 1... Another Smokescreen?

Yesterday, Elon Musk made what will surely be one of this year's most impactful announcements pertaining to Tesla's (NASDAQ: TSLA) stock.

He announced that Tesla's shares, which had been trading in the $1,370 range at the close of Tuesday's session, would be splitting 5 for 1 on August 31.

Now, to those who are not versed in the hows and whys of a stock split, it's a functionally simple process. On the morning of August 31, shareholders will awaken with five shares in their account for every one share they had the previous night. It's automatic. They don't have to do a thing.

Share pricing, of course, will not stay the same. If shares were trading for $1,500 the prior afternoon, they will go on the market at $300 a pop on the morning of the split. It's only fair, and that price drop is the point of the split in the first place.

The idea behind it is that at a lower price, Tesla will be able to attract more investors, create more volume and, therefore, more liquidity.

A Man of the People?

“Accessible to employees and investors," was the exact language used in the announcement.

It will be easier to buy and sell the shares, and everyone will win — at least that's the intent. With Tesla, at least in 2020, the rules have never fully applied.

The moment investors caught wind of this stock split, they immediately knew something was up... so they went on a buying spree. Shares leapt in price in trading yesterday (breaking back into $1,500 territory) and again in after-hours trading.

As of market open this morning, Tesla was trading at $1,617. 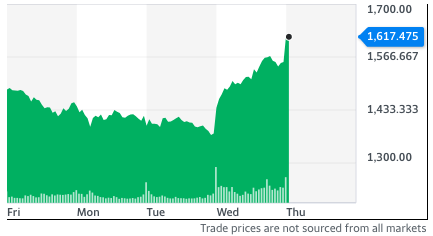 If the split happened today, shares would be priced at $323 for a market capitalization of $289 billion — not quite where it was when shares were trading at their all-time high price of $1,794 just about a month ago, but with the stock split coming in less than three weeks, the company's market capitalization will break a new record at just $358 per share.

The chance of that happening is pretty good, too. For most of this year, investors have been flocking to Tesla like flies to a Jurassic Park-sized mountain of manure, quadrupling the company's valuation since March.

With the price now destined to return to triple digits, a whole new segment of the investing community is all but guaranteed to jump into this pool, sending prices skyward once again.

For Musk, this will be the easiest money he's ever made, as his bonus structure is set to unlock another multibillion-dollar tranche if Tesla maintains a market capitalization of $300 billion for a period of six months.

It may seem darned nice of Tesla to be making changes like this just to allow new blood into investor ranks, but the real truth isn't all that cheery.

You see, Elon Musk has a secret that could evaporate Tesla's share price right back down to the sub-$1,000 territory in a single day.

It's a problem with the electric motors Tesla is putting into its vehicles, and there is no simple solution.

The problem has been known since before the company produced its first Roadster, and it affects not just Tesla, but every electric vehicle maker in the world. In fact, it affects every electric motor in operation today, from the tiniest units powering your quartz watch to the building-sized units that propel the world's biggest cargo ships. 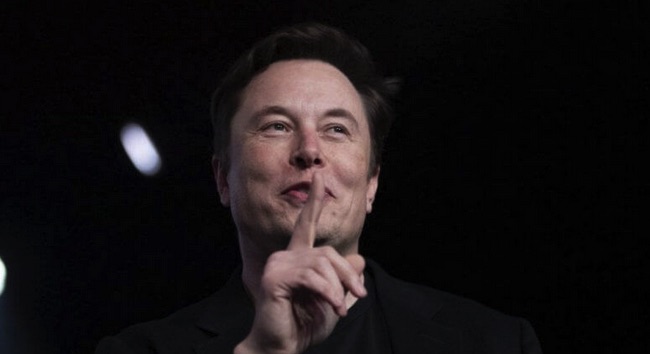 It's a basic flaw in the design of currently produced electric motors, and it's been an inherent trait of the electric motor since the device's very advent, almost 200 years ago.

I won't go into too much technical detail, but the gist is this: Traditional electric motors only operate at peak efficiency at one set speed. It's a limitation that's built into every motor's DNA. Go faster or slower than that speed and efficiency drops off, resistance builds, service life decreases.

The issue stems from how charge is distributed to the electric motor's coil, and with the current design, nothing can be done.

Considering that more than half of the electricity produced by mankind goes into one kind of electric motor or another, this is a huge deal indeed, but it's only part of the big picture.

Electric generators, which are nothing more than electric motors operating in reverse (external force turns the spool, and power comes out), account for 99% of the world's power production.

It Goes Back 200 Years to the Days of Michael Faraday

They all suffer from that same flaw.

Up until pretty recently, this wasn't so much a problem as a basic truth that everyone was content to live with. That is... until one particular company came up with a solution.

This tiny tech firm, based in British Columbia, got the idea to use artificial intelligence to distribute electricity within electric motor/generator coils, with a high level of precision.

Motors and generators equipped with this intelligent charge-management technology immediately saw a substantial boost in power/performance output across a wide spectrum of operating speeds.

It was a game changer if there ever was one, the first true evolution of the electric motor since the 1820s.

Today, that firm is already starting to license this technology to companies that build products like electric bikes and boats. Electric cars, trains, and wind turbines could be next.

For Elon Musk, this could be a major problem because as much money as he's making,and as many cars as his factories are turning out, they do not have the right to use this technology.

There is a choice to be made: buy, license, or face the consequences. Elon knows this. His engineers know this. His shareholders, however, do not.

But as precarious as his position is, the company that holds the patents to this unique power management system stands on the threshold of history.

Currently, its stock trades on the Canadian Stock Exchange for right around $1, and its market capitalization is less than one-tenth of 1% of Tesla's... but this all may change in the coming months.

I've been following this story for a while now. My readers are well aware of the opportunity here. The presentation I created exclusively for them provides details on the company and the tech, what the likely next steps are, and where it may take share prices.

I urge you to get your eyes on this presentation immediately.