Reminder: You Can't Control the Markets

“The chief task in life is simply this: to identify and separate matters so that I can say clearly to myself which are externals not under my control, and which have to do with the choices I actually control. Where, then, do I look for good and evil? Not to uncontrollable externals, but within myself to the choices that are my own…”

I hope you had a very Merry Christmas.

And as we roll into the new year, I wanted to point your attention to a recent story out of college sports that can be applied to the markets as well as everyday life.

Now, I’m not a big college sports fan, as the universities have manipulated young athletes and profited off their hard work for years, but that’s a story for another time.

This happened at the Celebration Bowl two weekends ago.

It was the previously undefeated Jackson State Tigers versus the North Carolina Central Eagles.

All Jackson State needed was a touchdown to tie the game.

Jackson State drove the ball up the field to the goal line.

Forty seconds on the clock...

Quarterback Shedeur Sanders received the snap and faked the handoff to his left.

He turned, pumped once, found his man, and tossed a slow floater to sophomore tight end Hayden Hagler, who was open but under pressure.

Unfortunately for Jackson State, Hagler dropped the pass, in what many consider a routine play.

But it’s what happened after the game that’s since gone viral.

She texted her pastor and said, “The death threats are so strong. Me and his girlfriend had to hide in the bathroom till the stadium was empty. The messages we are getting are so foul.”

Hagler was reportedly inconsolable in the locker room after the game.

As a baseball player from the age of four, I understand the crushing blow of defeat, especially when you believe your error caused the team to lose.

As Omar Little said in The Wire, "It's all in the game."

But this is where the story gets uplifting.

Everyone should hear what he said.

The Pep Talk Heard Around the World

When Hagler says he’s sorry for dropping the pass, the coach tells him this...

You’re sorry for what?

You fought through adversity and everything.

That ain’t on you.

Coach Sanders reassured Hagler that games are a team effort, that one person doesn’t lose a game, even if it’s a critical play at the later stage in a game.

After getting your report, you’ll begin receiving the Wealth Daily e-Letter, delivered to your inbox daily.
That’s because we often forget all of the mistakes that happened leading up to the final score, the errors that happened earlier in the game that can set the team up for failure later on down the line.

He also reminded the player to remember every good play that he’s been a part of all year and all the struggles he’s overcome along the way.

I need you to fight through this adversity.

This is gonna prepare you for life…

Let’s fight through this.

You've got to believe that.

That moment is gonna make you be one for the rest of your life.

He refocused the failure, the self hatred, and the despair into something positive, something to work on.

He was telling the player to be confident in himself, but also to take ownership of how he’s reacting to the situation.

Only we can choose how we react to the external influences in life, and the only way through the adversity is to move on and move forward.

Failure is the key to growth.

And you have to fight for what you want and be willing to accept failure and defeat — and not be scared of what you look like while failing.

Refocusing the negative into something positive isn't just what a good coach does when his team loses; it's what good leaders, friends, and colleagues do.

To the New Year

It's safe to say the stock market was a big failure in 2022.

Sure, there were some huge winners along the way.

But on the whole, the markets dropped the ball. 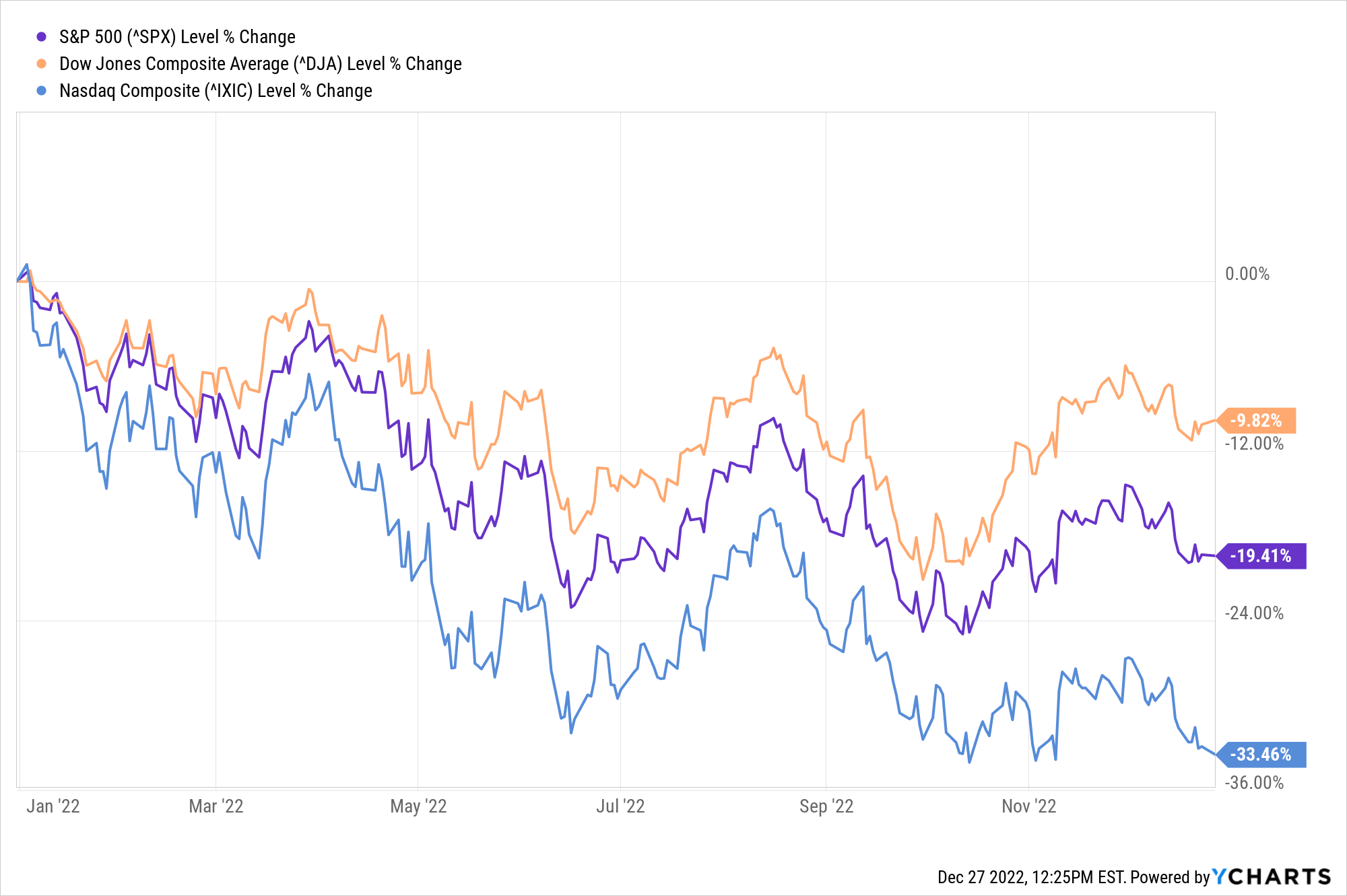 We need a good coach like Deion Sanders to give us a little pep talk after such a year.

At Wealth Daily, we’re setting ourselves up for success.

We can't control the markets, and no one knows which way they'll go next.

But you can focus on what you can control, and that’s your investment strategy.

We still recommend dollar-cost averaging into every position so you don’t get screwed when the market drops.

Buy high-quality dividend-paying stocks and set up a dividend reinvestment plan (DRIP) so you can use compound interest to your advantage.

Attack your investments and fight for your retirement.