Rare Earth Recap: Best Stocks for 2022 and Beyond

About a year ago, I wrote to you about a topic that’s been gaining attention again in recent months.

So I wanted to touch on it again, see how my investment recommendations have been doing, and let you know which companies I think are the best bets for the coming year…

I’ll Have Mine Rare

The topic in question, as the title of this piece suggests, was rare earth minerals.

They’re an integral component in thousands, if not millions, of items we use daily. And since 2014, they’ve been considered “essential to the national defense” under the Defense Production Act (DPA).

Rare earth minerals are in just about every technological device we use these days.

They’re an essential component of rechargeable batteries, cellphones, the catalytic converters that clean the exhaust from our gas-powered cars, fluorescent lighting, magnets, and those pesky little chips that everyone’s having such a hard time finding.

Literally every electronic device is jam-packed with rare earth metals. And there are several pounds of them in every hybrid-electric or electric vehicle on the road.

And as more and more electronics fill the market and the global population continues to grow, demand for rare earth metals will only grow too.

But that’s not the only reason rare earths are important, although it’s reason enough when countries are cutting off exports of essential materials.

The reason rare earths are showing up in conversation again now is the massive push by the Biden White House and the Democrats in D.C. to spend trillions of dollars on green energy initiatives.

You see, rare earth metals are also essential to renewable energy generation. We’re talking about every solar cell that will get deployed and the magnets in every wind turbine in the entire world.

And with nearly every country making bold claims about how quickly and how much it’s going to reduce carbon pollution, there’s going to be an even bigger demand for those rare earth metals than ever before.

And that should be great news for the United States, as we’ve got the eighth-biggest rare earth reserves in the world. But it’s actually only great news for a few companies…

That’s because the U.S. rare earth industry, which used to be the biggest in the world, has shrunk to nearly nothing. We exported production to China. And now we may be about to pay the price…

I don’t know if you heard about it, but there’s a shortage of everything going on right now. Another thing you might or might not have heard is that fertilizer — the stuff that makes our food grow — is one of the things we’re short on.

And in response to that shortage, China has officially cut off all exports of fertilizers to the rest of the world. It’s China first and everyone else second. 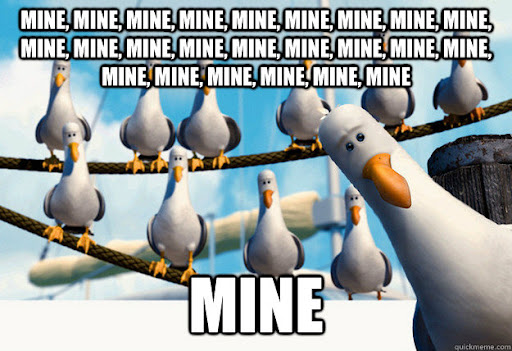 You might not think that has much to do with the topic of rare earths, but it does. And that’s because China produces nearly 80% of the rare earth metals in the entire world.

And if you don’t think Emperor Xi will cut those off from the rest of the world if it strikes his fancy, well, then I’ve got a bridge I’m looking to sell up in Brooklyn that I think you’d really be interested in.

So it’s more essential than ever that the U.S. has its own rare earth supply.

And with the government rushing to hand out TRILLIONS in funding to get green projects going, the few U.S. rare earth companies out there stand to make a lot from it.

So let’s take a look at the companies helping the U.S. get to rare earth independence and see how they’ve performed since I first told you about them last year…

Rare Earth Stock #1: The First Mover — The first company I covered is my favorite play on the rare earth space: MP Materials. When I wrote about it last year, it didn’t have public stock to buy, but it was still an investment you could make.

At the time, the only active rare earth mine in the U.S. was owned by MP, which was then still a private company. It owns and operates the Mountain Pass mine in California and ships more than 50,000 tons of concentrated rare earth elements per year.

MP was planning to go public via a reverse merger with a special purpose acquisition company (SPAC) called Fortress Value Acquisition Corp. MP didn’t have shares, but you could have bought the SPAC pre-merger for about $11.

The merger was completed late in 2020 and the company now trades under the ticker symbol MP. As of this past Friday, shares were sitting at about $30, giving that recommendation a 173% gain in under a year.

But shares have been higher than they are now, and I expect they’ll get back up there in due time. They’ve gotten as high as $51.77 since my recommendation.

That would have been a 371% gain from my recommendation, but it still gives you the shot at a double from current levels.

Rare Earth Stock #2: China’s Challenger — Next up on my list was an Australian company called Lynas Corp (OTC: LYSCF). As you can see, it has shares that trade on the U.S. OTC markets. More importantly, it’s the largest producer of rare earth elements outside of China.

The company has a partnership with private Blue Line Corp. to develop rare earth processing plants in Texas, because we can’t be independent if we’ve got to send our rare earths to China for processing.

Shares were trading for about $2 when I first tipped you off to Lynas. As of last Friday, they were just under $5. And at their peak they hit $5.83 for a 192% gain from where I recommended the stock.

But as rare earths become more and more in demand, and as China slowly cuts off the rest of the world, Lynas' and Blue Line’s operations are likely to be worth far more.

Rare Earth Stock #3: American Dreams — My final potential investment for you was a tiny American company. I called it a very speculative bet because it wasn’t actually producing any rare earths yet, but it had the rights to mine what could be one of the most prolific deposits of rare earths in the country.

It’s half of a joint venture to mine the Round Top rare earths project in western Texas and it goes by the name of Texas Mineral Resources Corp (OTC: TMRC). The company has partnered with privately held USA Rare Earth to develop the site and hopes to have it fully operational by 2023.

In the meantime, the partners are also building their first plant in Colorado to process the minerals they excavate at the mine. While it was a very speculative play, it worked out pretty well if you took my advice.

Those shares were trading for $1.50 last Friday and you could have gotten them for a little over $1 last year. But they actually climbed all the way to $4.70 at one point, so if you’d sold at the peak, you’d be looking at a 262% gain.

I’ve got to congratulate myself a little on those. It’s not often you bat a thousand. And every one of those recommendations I gave you last year delivered a shot at triple-digit gains before 12 months were out.

That’s the kind of analysis and research you signed up for Wealth Daily to get access to. And I’m happy to be able to provide it.

I’m still just as bullish on all three stocks this year as I was last, maybe even more. Earlier I was only thinking about electronics…

Now I’m thinking about global renewable energy, electronics, and the chance China might cut us off.

All three of those companies can help us avoid that problem and can deliver investors impressive profits at the same time.

I highly suggest you consider them for any rare earth, technology, or environmental-focused portfolio you’re building.

If you're interested in learning a little more about a metal that's not a rare earth but is extramely rare and integral to some of the same things, then you need to read this report my colleague Luke Burgess just released.

And I urge you to keep coming back here to the pages of Wealth Daily so you can continue to stay ahead of the trends and cash out triple-digit gains while everyone else is just catching on.