When the Federal Reserve talks about QE, it acts as though it is doing something wonderful for the economy. The Fed make it sound as though its great idea of putting more money towards the bond buying program is revitalizing the economy. 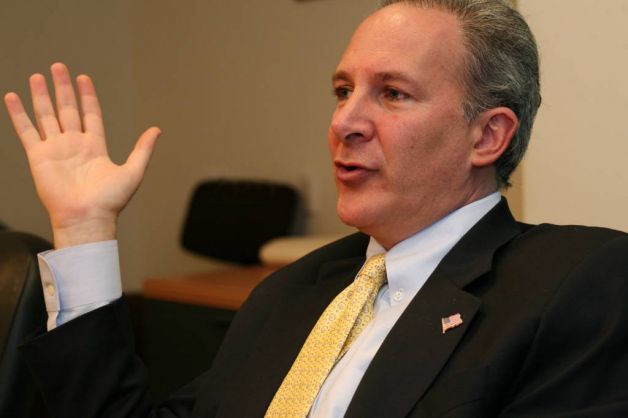 And sure, if you just listen to the Fed, it all sounds great. It wants you to think it’s a good thing; after all, the Fed would look bad if it told you the consequences. See, most people think it just means lower interest rates. Home buyers love low interest rates for their mortgages, and investors love the stimulus because the markets are seeing record highs.

But plenty of people are disgruntled over the stimulus, and one of these is well-known businessman, broker, and commentator Peter Schiff. And he has a few good points to make about how QE is hurting.

What Schiff Says About QE

According to Schiff in his Town Hall article, the United States is addicted to the extra money the Fed has been pumping into the economy these past few years. And just like when an addict tries to quit drugs, the United States will suffer from severe withdrawal symptoms once tapering begins.

He believes the United States will go right back to a recession as soon as the Fed stops feeding the economy. The Fed is pushing up the markets with its stimulus; it’s masking economic problems, not helping them fundamentally. And just like when an addict stops using, reality will set in, and the economy will end up falling into worse shape than before it started “using.”

Some people would argue that the Fed will just have to continue feeding money to the economy, but that’s not possible. If the Fed continues to print large sums of money, the dollar is going to crash.

The only way the economy is going to recover is if the Fed takes away the stimulus. The economy has to function and improve on its own.

But the Fed doesn’t want to do that. It’s too difficult, and the withdrawal may be too severe right now. Yet the longer it waits, the worse the situation is going to be when it does start to taper. And a dollar crisis would be even worse.

So what we have now is an economy in a false recovery. You’ll hear about how the unemployment rate is dropping and the housing market is getting better, but that’s all false. It only appears to be doing better because it has a hand from the Fed.

Without the Fed, it wouldn’t be doing so well – but it would gain strength on its own over time and be much more stable for longer. With the Fed, the recovery indicators are artificial.

Is Gold an Option?

Schiff is a big gold fan right now. And this makes sense, since the dollar is being devalued and isn't going to get better anytime soon.

Many people argue gold is a bad investment. After all, this year looks like it will mark the metal's first price drop in 13 years. Goldman Sachs (NYSE: GS) even says it’s a “slam-dunk sell.”

But Schiff believes gold will make a great comeback. He says it will turn around and surge 52 percent. It may even hit $2,000 an ounce within the year. To top it all off, Schiff expects the dollar to collapse, which will set gold on fire.

Schiff is a wise man. He didn't become a successful businessman through guesswork. Gold has been hard hit this past year, but like he says, it has promise.

If you look at history, whenever the American economy suffered or the dollar devalued, gold picked up. Either way, gold is a good investment, so you would do well to add it to your portfolio. It’s a good way to diversify, and you could make some huge gains as the dollar continues to fall.