Palladium Prices to Climb on Shortage

Three things stand in the way of a sharp move higher in any commodity: demand, supply, and the relative strength of the USD. 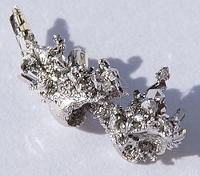 For palladium, a hotly pursued member of the PGMs (platinum group metals), these obstacles have been getting out of the way one by one. Two are now considered as no longer posing any obstruction to a rising palladium price, while the third barrier is expected to give way soon.

But by far the metal’s greatest use is in pollution control in automobiles, factories, and power plants, as it is extremely effective at trapping carbon particles emitted by combustion engines and turbines.

As more and more countries around the world increase pollution control standards, we can expect palladium’s demand to rise steadily for years to come.

Despite a perceived slowdown in Chinese production and consumer demand, recent data from the world’s fastest growing economy showed increases in both those areas for the month of April. Car sales increased 13%, industrial output increased 9.3% over the previous year (up from March’s 8.9%), and retail sales rose 12.8% (up from March’s 0.2%).

And let’s not forget investment demand, since palladium is still considered a precious metal and is one of only four metals whose bullion has ISO currency codes (the other three being gold, silver, and platinum).

Whereas palladium’s investment holdings saw a net liquidation of 565,000 ounces in 2011, “[in 2012] there was a swing in investment of over one million ounces,” informs Johnson Matthey general manager John Cullen to Reuters. “ETF demand has been pretty good this year so far, with inflows of around 200,000 ounces.”

And even more demand is coming palladium’s way by virtue of its cheaper price relative to other PGMs. Trading at less than half the price of platinum, palladium has been stealing some of its sister metal’s demand in jewellery, automotive, and electronic applications.

All totalled, Thomson Reuters GFMS recently reported that palladium usage grew by 5% in 2012 to 9.32 million ounces – the highest on record for any single year.

At the same time as palladium’s demand rose, its supply shrank by 4% to 8.19 million ounces in 2012. The net result is a supply deficit of more than 1.12 million ounces – the largest shortage since 2001. The shortfall has to be filled by stockpiled inventory, making the metal more susceptible to supply interruptions and price shocks.

One such supply interruption could soon come from South Africa, the world’s largest palladium producing region, where labor demands of a 20% increase in wages could again lead to general mining strikes.

Contributing to the supply shortfall is Russia’s Norilsk (OTC: NILSY), the world’s largest palladium producer, which announced it would reduce its 2013 output of the metal by some 100,000 ounces.

Further damaging the supply side are dwindling palladium sales from Russian stockpiles. According to Thomson Reuters GFMS, palladium sales by the Russian government have been on the decline for a few years already, falling from 800,000 ounces in 2011 to 400,000 ounces in 2012 to an expected 200,000 ounces this year, presumably ending completely by 2014. This year’s expected reduction in Russian inventory sales has already been factored into the 1.12 million ounce total supply deficit for 2013 expected by GFMS.

While Anton Berlin, the Deputy Director of Norilsk subsidiary Normentimpex, expects this year’s supply deficit to be closer to 1 million ounces, it would still represent a widening of last year’s 800,000 ounce deficit by 25%, a shortage which cannot be readily filled. “Producers would need significant time to react and to supply more volumes,” Berlin emphasised to RT.

With the first two barriers to a higher palladium price clearly out of the way in a rising demand and a falling supply, the only thing dragging on the metal at the moment is the resilient USD.

Despite such attractive demand/supply fundamentals, palladium still is a precious metal and is still vulnerable to the overall negative investor sentiment toward other precious metals such as gold and silver – all hit hard recently by the strength of the U.S. dollar.

Yet analysts are counting on dollar strength to be temporary. Not only will the oversupply of American dollars soon weigh the dollar down, but the undersupply of all precious metals are expected to lift their prices up in due course – including palladium’s.

Investors wishing to add palladium to their portfolios have a number of stocks to choose from: