Why Palladium Prices are Set to Spike

Palladium’s soaring, and you should know what’s going on. There are good pickings to be had.

Monday saw spot palladium up 2.3 percent, touching $696.30/oz. Spot platinum was up, too, at $1,352.20/troy ounce. The prices rose due to renewed concerns over the stability of global supply. The most immediate reason was that several thousands of mineworkers at Anglo American Platinum Ltd. (OTC: AGPPY) went on a flash strike, reports MarketWatch. 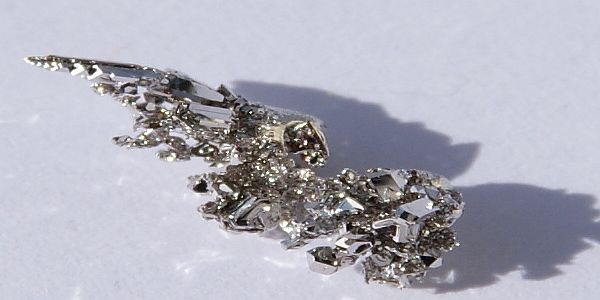 Two mines in South Africa were affected by the strike—the Thembelani and the Khuseleka, both in Rustenberg. Considering that South Africa accounts for nearly 75 percent of the world’s platinum and 36 percent of the world’s palladium, and that there have been sustained labor problems over the past year, it’s reasonable to surmise that the price of these platinum group metals (PGMs) will continue to rise.

According to Anglo Platinum, the 5,600-odd workers on strike require that 19 suspended leaders of the Association of Mineworkers and Construction Union be reinstated. This newest strike comes just as the South African government, mining companies, and miners’ unions are trying to negotiate some sort of mutually agreeable settlement.

Things seemed to be settling down just recently, as a new wage settlement was reached at Aquarius. Nonetheless, the situation remains quite volatile.

From a certain perspective, this is good news. Since platinum and palladium both rose, gold and silver followed.

However, over here in the U.S., improved economic indicators and indexes make it increasingly likely that the Federal Reserve will move steadily toward its goal of tapering off its asset-buying stimulus program. That has caused bullion to slide of late.

The Wall Street Journal quotes Bill O’Neill, principal with Logic Advisors, on the South African labor problems and their implications:

"That's not going away, and we're going to have labor disruptions and production losses. That's a situation that's still very heated.”

Although economic performances worldwide remain volatile, it’s actually quite safe to say that platinum and palladium prices are bound to keep rising for the foreseeable future.

Against the background of this South African drama, Russia’s Norilsk has come out warning against a worldwide supply deficit unless production rises sharply by 2020, reports Reuters. As of now, palladium production is already behind consumption by as much as 1 million troy ounces.

"This lag will increase during the years to come and could (reach) 60 tonnes by 2020, if new projects do not appear," said Anton Berlin, the head of the marketing department of Norilsk's sales arm Normetimpex.

Norilsk is a significant player in the worldwide palladium business; the company produces as much as 41 percent of the world’s palladium. Through the present year, at least, it’s widely expected that the metal will continue to remain in deficit.

Norilsk has already reduced its 2013 palladium production projections from 2.73 million ounces to between 2.63-2.64 million ounces. This is because of a newly-resurgent automobiles market. This is particularly noticeable in the U.S., where sales for June are widely expected to rise by as much as 6 percent year-over-year, notes ETFTrends.

It’s expected that the annual sales rate for June will lie between 15.4 and 15.7 percent; Ford (NYSE: F) and Chrysler both anticipate sales exceeding 16 million vehicles by the year’s end. Accordingly, the ETFS Physical Palladium Shares ETF (NYSE: PALL) is up 3.8 percent over the week.

Both palladium and platinum are widely used in the automotive industry, where they are used to manufacture catalysts for gasoline vehicles.

Given the circumstances, your moves as an investor ought to be fairly straightforward. This is as good a time as any to invest in the PGM metals, since the South African labor disputes seem likely to continue for a while with no real resolution in sight. And with an accompanying resurgence in the automotive sector, that basically means rising demand against falling supply—ripe conditions for prices to shoot rather high.