Marijuana to Be Legal Within Two Months!

In just a little over two months, marijuana will be 100% legal for adults in Canada.

That makes it the first wealthy nation to legalize the plant. It also makes a solid case for the United States following suit.

But October and Canada aren’t the only big news items when it comes to legal cannabis.

In fact, just this week, some major headlines hit regarding the industry right here in our backyard...

That’s because yesterday was a historic day in my neighbor to the north...

Cannabis finally went on sale in 16 dispensaries across the state. And lines wrapped around the buildings hours before the stores were due to open. 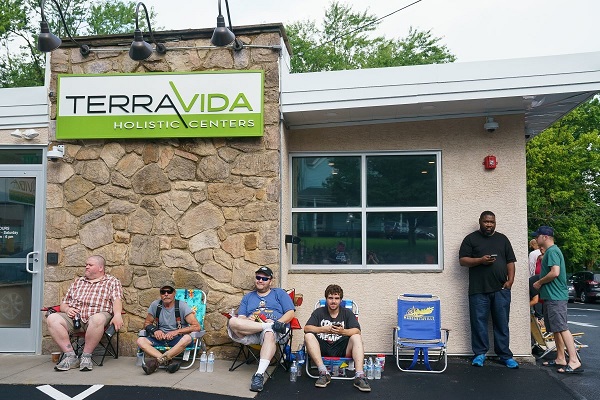 That’s a photo of just one shop where 100 people lined up to greet budtenders when doors opened at 10 a.m.

The first guy you see is 43-year-old former executive chef Thom Shannon. He’s been waiting 20 years for this day.

Shannon suffers from constant pain brought on by fibromyalgia and herniated discs in his back. He says, “Traditional medicines helped to some degree, but the opioids, Xanax and other benzos I was taking had only limited effect and were highly addictive.”

For years, he’s had to stay at home with his kids, unable to play with them due to his pain and the haze those strong prescription drugs put him in.

Since the state approved medical marijuana, even Shannon’s kids see the difference in their dad. “For years, we watched a lot of TV,” he said. “Now my oldest son recognizes the difference. Cannabis gives me a boost and focus. I’m more active and can play face-to-face with my kids.”

If that’s not a glowing endorsement, I don’t know what is. Cannabis is helping this family grow stronger. It’s giving Mr. Shannon’s kids the childhood they might have missed.

And thanks to new legislation in another state, more kids will benefit from medical cannabis...

Bring Your Bud to School Day

In an amazing win for medical marijuana, the governor of Illinois, Republican Bruce Rauner, signed a law requiring schools to allow parents to administer prescribed medical cannabis at school.

Until now, students in Illinois were unable to take their medicine on school property. That meant they either had to skip doses during the day or their parents had to come to school, pick them up, take them elsewhere, administer the meds, and then bring them back.

Now, the law will allow parents to administer prescribed medical cannabis to children on school property or school buses if both the child and parent are approved by the state’s medical marijuana law.

First, this is huge. There are many children out there suffering from debilitating diseases whose symptoms are eased by cannabis.

But second, this guy is a Republican. That’s the party of Jeff Sessions, the guy who wants to go after legal operations in marijuana states.

And he personally signed the bill into law, even though it allows kids to use marijuana and it was sponsored by a Democrat.

It seems cannabis is one of the only things worth reaching across party lines for...

Pennsylvania’s market opening is major. And kids in Illinois getting access to their medicine is incredible. But perhaps the biggest news to hit the industry this week came from the Big Apple. 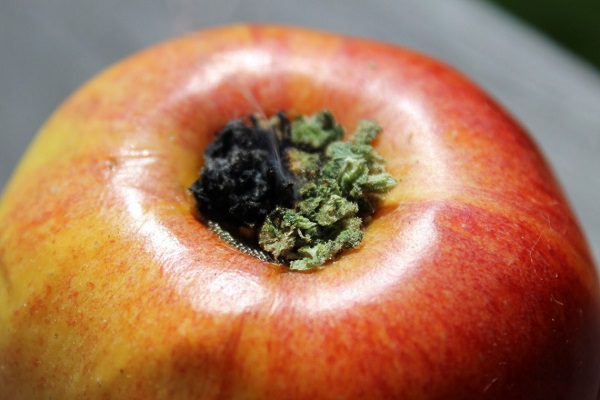 As you know, New York voted to legalize medical cannabis several years ago. But the state has been very slow in getting everything set up and running.

But Governor Andrew Cuomo isn’t having any of that. He recently commissioned a report on the benefits of full legalization in the state.

And just a few weeks ago, that report came back with a resounding recommendation to legalize recreational cannabis in the nation’s third-richest state.

So just yesterday, Cuomo announced he’d put together a workgroup to start drafting the legislation to bring cannabis to the Empire State.

That’s $1.5 trillion in GDP just waiting to be spent on legal cannabis.

New York may be the city that never sleeps, but it’s about to take some serious weed naps.

Stay on top of the hottest investment ideas before they hit Wall Street. Sign up for the Wealth Daily newsletter below. You'll also get our free report, "How to Invest in the Canadian Market" by our expert research team.

So, You’re Saying There’s a Chance

I’m not just saying there’s a chance. I’m saying it’s a foregone conclusion. Cannabis will be legalized in the entire United States within just a couple of years.

And it can add more jobs to the U.S. economy over the next two years than practically any other industry.

Want to bring jobs back to the States? Stop trying to get those factories fired up again. The legal cannabis industry is already projected to add more jobs by 2020 than manufacturing can.

I’m talking about over a quarter-million new jobs within the next year and change. That’s more than manufacturing, utilities, and government jobs that could be “added.”

I use quotation marks because we’re actually expecting to lose nearly 1 million manufacturing jobs, almost 400,000 government jobs, and about 50,000 jobs in the utility industry.

Really, when you look at those numbers, cannabis will be one of the only industries keeping America growing.

That’s too much positive data to argue against. Politicians may not change their opinion of the plant, but they’re going to change their tune.

And when they do, the companies that have already established themselves will explode with profit.

And investors who got in before the industry really formed will be ready to retire on yachts as millionaires.

But not every company in the business is going to succeed. Many will likely fail and take investors’ hard-earned money with them.

That’s why you need to be extra selective when it comes to your cannabis investments.

You need a company with a solid business plan. You want one that doesn’t have too many moving parts to get in the way. You need to invest in a company that’s going to deliver profits no matter what the rest of the industry and economy are doing.

And I’ve got just that kind of investment for you. After years of watching the market and researching the companies that make it up, I found what I consider both the best and the safest cannabis investment in the world.

It’s a company that provides the one thing you absolutely must have to support the cannabis industry. But it doesn’t grow, process, or sell marijuana.

So it’s not subject to the whims of the market. It’s not going to see revenues fall if cannabis prices drop. It’s just going to see more and more customers with a desperate need for the resource it can provide.

Right now, it’s the only one of its kind. And it’s guaranteed to pay you a share of the profits.

In fact, it’s got a deal with the U.S. government that says it must pay out nearly all the money it makes from cannabis.

If it doesn’t pay investors, it loses its permission to operate. Period.

It’s the only cannabis investment that can guarantee to pay you money. And it’s also practically guaranteed to give you 1,000% profits as the industry keeps on growing.

So the worst thing you can do is wait to see what happens with federal legalization. Because once that news hits, the companies are going to shoot up so fast, you won’t have time to blink, let alone buy shares.

Now is the time to get your marijuana portfolio started.

So to give you a hand, my boss, the founder of Angel Publishing, insisted I let him tell you about this investment.

He’s sold. And he’s also invested himself. He’s already made thousands from his buy. And he’s planning on raking in millions more.

Take some time to hear what he has to say so you can start planning how to spend your marijuana millions.

Or, if you prefer to read a report at your leisure, click here. Just don’t be too leisurely about reading it. Like I said, every second you delay now costs you profits tomorrow.