Is This the End of Tesla?

Investors and business owners don’t want to get involved with the Securities and Exchange Commission (SEC).

They’ll do anything to avoid confrontation with the bureaucracy.

That’s because if the SEC comes knocking on your door, you’ve probably done something wrong.

And it'll most likely negatively impact your business.

But we tend to admire those who fly in the face of authority.

Especially when that person is the CEO of one of the most influential companies on the planet.

Elon Musk is just such a person.

From the moment he founded Tesla, Musk’s been under the scrutiny of the SEC.

At the end of the day, the SEC has to keep people honest.

Elon Musk and his brother, Kimbal, are currently under investigation by the SEC for insider trading violations.

If you’ll remember, last November, Kimbal sold 15% of his shares of the company.

This didn’t raise any alarms because he's known to trade in and out of Tesla stock frequently.

However, the day after Kimbal’s sale, Elon held a Twitter poll asking users if he should sell some Tesla shares. 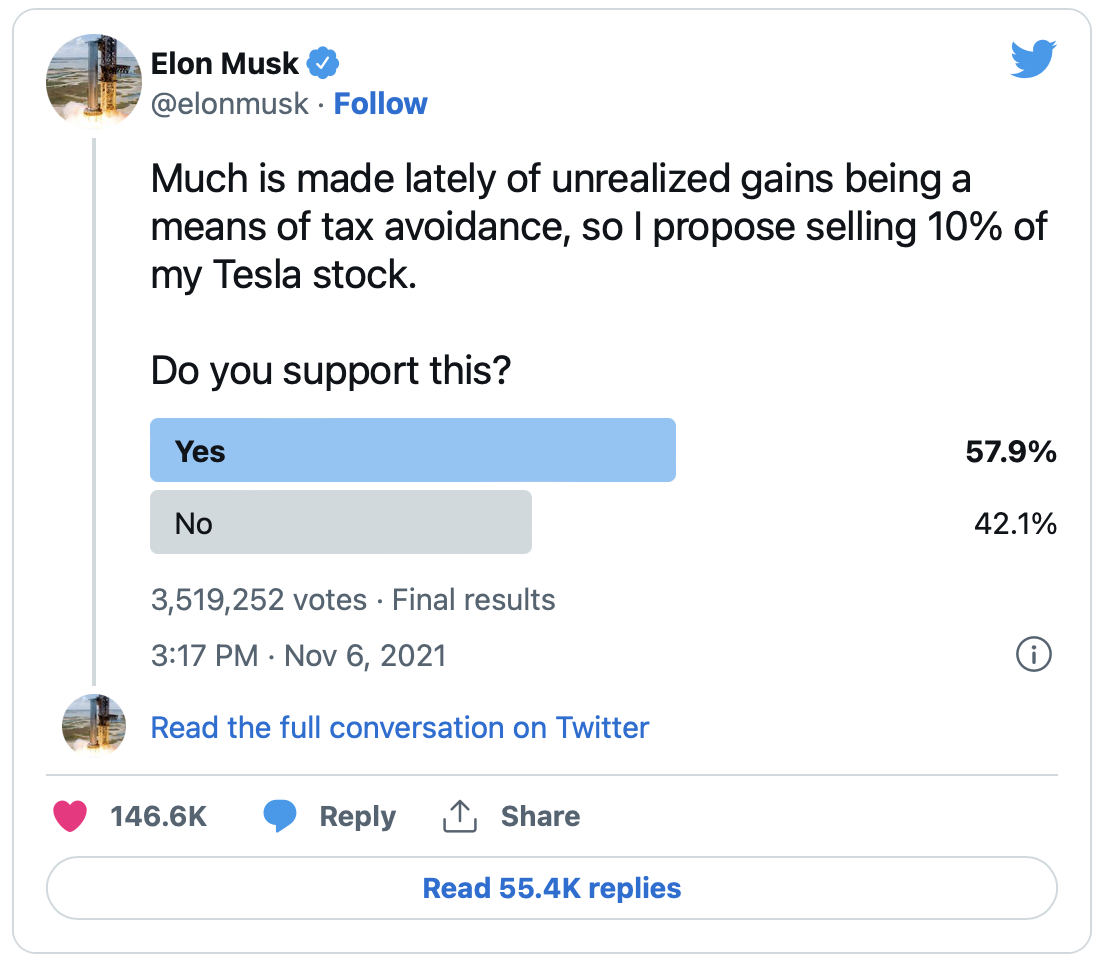 After the poll closed and the majority of voters supported the stock sale, Tesla stock fell 5%.

It’s this kind of stock price manipulation that raises eyebrows, especially from the paper pushers at the SEC.

This isn’t the first time Musk has had a run-in with the SEC, though.

Back in 2018, he tweeted, “Am considering taking Tesla private... Funding secured” and said that “shareholders could either sell at $420 or hold & go private.”

The stock dropped on the news, and the SEC promptly filed a complaint.

Musk had to step down as chairman and pay $40 million in penalties.

Musk has openly criticized the SEC for hindering his freedom of speech, so it makes sense that he’d want to purchase Twitter.

Now he's at it again with this recent Twitter exchange: 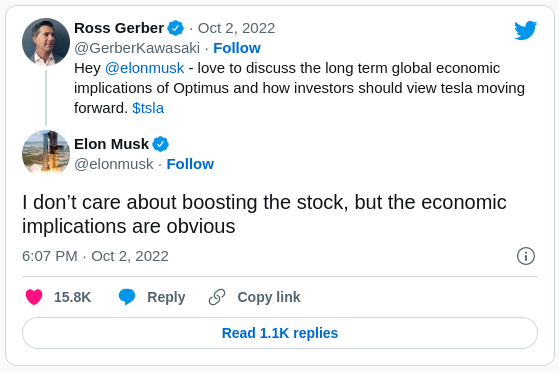 In a time of great stock market volatility, Musk openly admitted he doesn't care about the stock.

And why should he?

He's only the richest man in the world.

According to TheStreet, "Very few CEOs would dare to make such a statement for fear of reprisals from their board of directors and a sanction from the markets."

And that's exactly what happened over at the EV-maker. 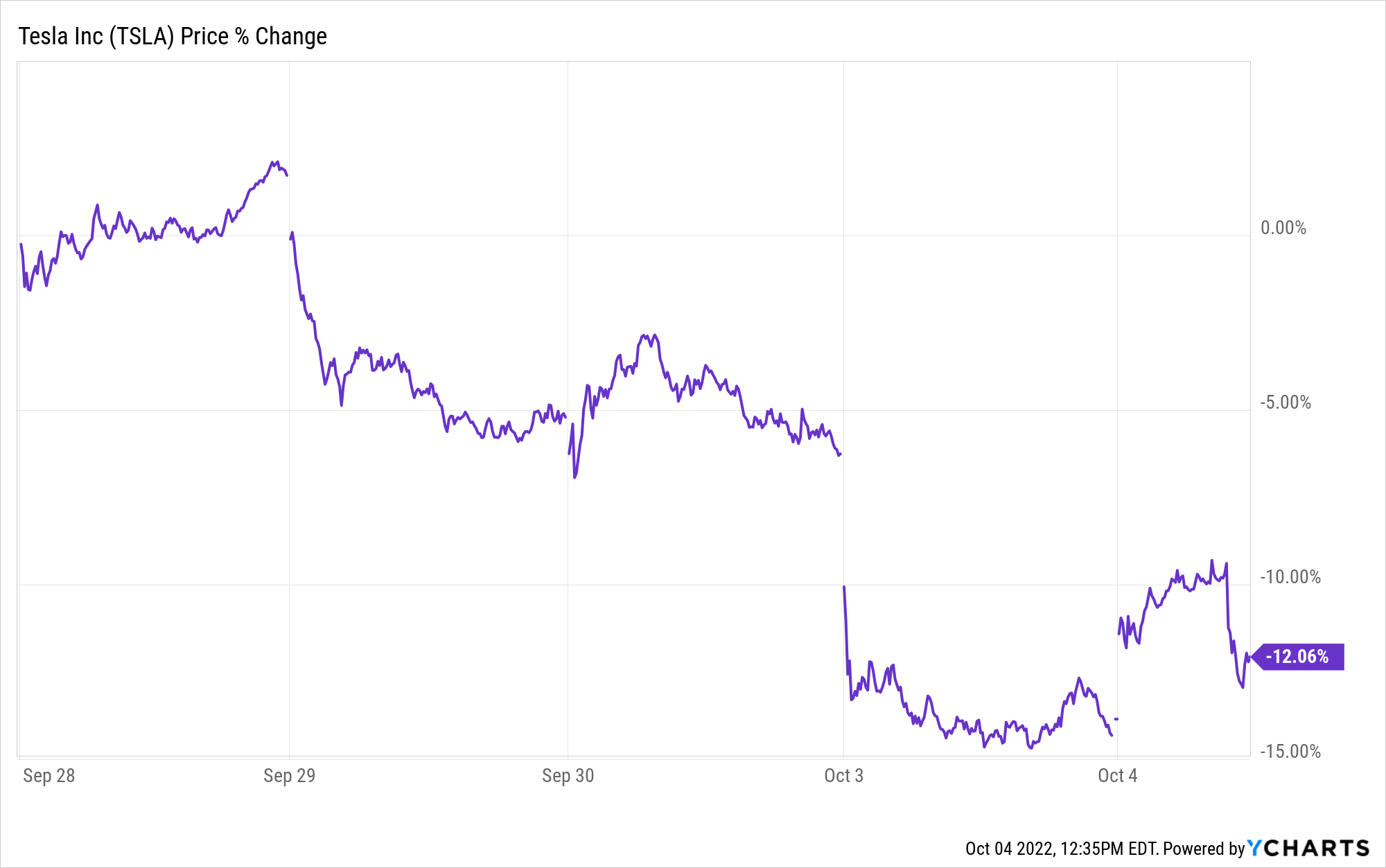 Musk's management team is starting to take notice, and members are leaving in droves.

Tesla's director of AI, vice president of legal, and heavy trucking lead... the list goes on.

They're sick of Musk's antics.

Just yesterday, he held a poll where he described how he thinks the war in Ukraine could end.

The outgoing Ukrainian ambassador to Germany, Andrij Melnyk, promptly replied, "'F--- off is' my very diplomatic response to you. The only outcome [is] that now no Ukrainian will EVER buy your f---ing Tesla crap. So good luck to you."

Tesla could be in serious trouble.

My colleague Jeff Siegel told his subscribers this week that a group of Tesla execs left the company to build their own EV business, one that's not caught up in the limelight.

And they've created something really special.

The company just announced that its EV set a world record for the longest distance traveled on a single charge.

I had never heard of the company myself until Jeff pitched it to me.

And as it's only trading for around $5 today, it could be a solid bet, especially now that Elon Musk is so focused on space and robots that he's neglected his bread and butter EV business.

Jeff says this company could give Tesla a run for its money, and he even predicts it'll soon be bigger than Tesla.

Once the EV market explodes even higher and this company is at the center of it, you won't regret getting into this one early.