Is the U.S. Becoming the Weimar Republic?

Death of the Dollar: Here's What It Looks Like

For as long as humanity maintains its historical continuity, the events of the last 18 months will be remembered.

The same way that the bubonic plague, the French Revolution, and the Great Depression are remembered in history books, documentaries, and movies, so too will COVID forever be burned into our historical record, as well as into the memories of all who experienced it.

Like all macro events, its effects will be studied for years before they're fully understood, but without a doubt one of the most heavily impacted elements of the modern world was — and continues to be — the economy.

And the specific impact, which will likely be felt for decades to come, can be explained with one simple chart: 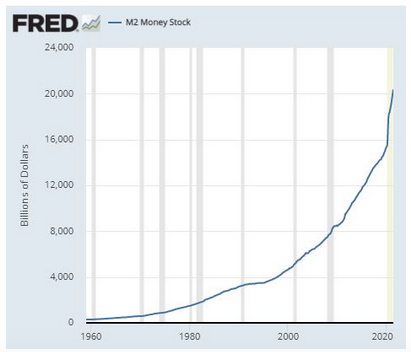 In the U.S., the country that owns the world's current reserve currency, 40% of the circulating dollars were 12 months old or younger as of this May.

The results? Well, aside from restaurants and retailers being understaffed because for the first time in American history it's become more lucrative to stay home than to go to work, we're starting to see changes in prices for some of our most basic consumer goods.

When Bread Becomes Too Expensive

The Labor Department's data showed a 1.5% increase in June energy prices, with gasoline rising 2.5% and food prices up 0.8% — that latter figure was double May's 0.4% increase, a troubling sign to say the least.

With inflation now at 13-year highs, however, this pattern is dangerously close to becoming a full-blown trend... And the federal government has already wheeled out its smokescreen machine to keep people like you from worrying too much about it.

However, the cracks are showing.

I will say that these effects have been larger than we expected, and they may turn out to be more persistent than we have expected. But the incoming data are very consistent with the view that these are factors that will wane over time, and inflation will then move down toward our goals and we’ll be monitoring that carefully.

“I want to be clear. My administration understands that if we were to ever experience unchecked inflation over the long term, that would pose a real challenge to our economy,” Biden said Monday. “So while we’re confident that isn’t what we’re seeing today, we’re going to remain vigilant about any response that is needed.”

Yes, There Is Cause for Alarm

Make no mistake about it, ladies and gentlemen, wording like this is the absolute closest that a head of state is going to come to screaming "red alert" during a live press conference.

For anybody who's been around long enough to read between the lines, the reality isn't good.

If comparisons between today's American economy and the German Weimar Republic of the post-WWI days are being drawn now, it's not just for the sake of dramatics.

Germany was a prosperous, modern superpower, with a robust, industrialized economy... and then this happened: 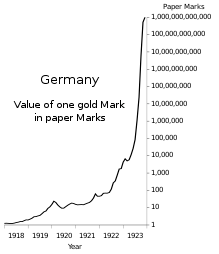 Notice that this happened years after World War I ended...

Today, we are entering just such a postwar period, only this time, the enemy was not another sovereign nation but a virus.

As always, there is just one way to safely, confidently negotiate the coming storm... and it's not Bitcoin, or Ethereum, or any other flash-in-the-pan crypto nonsense.

The best hedge against inflation is, was, and always will be gold.

There are a variety of ways you can own gold, from bullion to certificates... but there's one method that the pros prefer.

The most lucrative way to ride the coming gold market is by investing with the vanguard of the industry: The exploration companies — the companies that design and develop gold projects and physically mine and process gold products.

Join Wealth Daily today for FREE. We''ll keep you on top of all the hottest investment ideas before they hit Wall Street. Become a member today, and get our latest free report: "Investing in Gold: 3 Easy-to-Manage and Well-Diversified Gold-Investment Portfolios for a Tight Budget"

In short, you want to go to the source.

My colleague Luke Burgess is among the world's best authorities on how to do this with maximum profit potential.

In fact, whenever I vet mining companies for my own portfolios, I always consult him before making the final decision.

New Found Gold (TSX-V: NFG; OTC: NFGFF), a company with interests in that region, recently blasted from microcap to small-cap status as it rose as much as 300% on the heels of a single discovery. 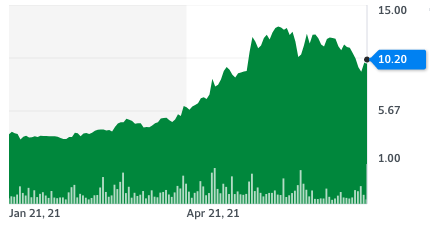 That ship has sailed, but it's where the story only begins.

You see, there are about two dozen public companies with significantly sized projects operating in the area surrounding NFG's Queensway project.

Luke identified these companies and did a detailed audit of each one to find which are best positioned to exploit the local geology's high-grade deposits.

That report is now available for your review.

All you have to do is click here to view the presentation.

Remember, there's nothing that can be done to reverse the events of the last 18 months. What's happened is here to stay.

The only question is: Will you use it to your advantage?