How to Win the Numbers Game

*Editor’s Note: Our Catalyst Calendar event is available to view right now. Watch the recording of the event here.

I’m not talking about the lottery today. But the kind of profits you could see from playing this game could make a winning lottery ticket look like a worthless piece of paper.

I’m talking about a game where the more you play, the more chances you have to really win. A game that’s not just gambling on some randomly picked numbers.

With this game, the numbers can help you figure out when to play (and win) and when to walk away from a losing matchup.

It’s a game we play very well here at Wealth Daily’s parent company, Angel Publishing. It’s part of the reason our investment track records and model portfolio gains are far and away some of the best in this business.

And it’s how my colleague Keith Kohl has become a legend in one of the most explosive profit centers in the market: biotech investing.

Only Playing to Win

Now, if you asked most of us, we’d say we play to win. You probably would too. I mean, who goes into any competition with the goal of losing?

But just because you’re playing to win doesn’t mean you will. And that’s the big difference between successful investors and people who just gamble in the stock market.

It’s like if you were betting on who would win a basketball game between 1990s Michael Jordan and your nephew, who starts for his middle school basketball team.

If you can bet on MJ, you’ve got an outsized chance of winning.

But when in life do you ever get to make easy decisions like that? Ones that could turn a small nest egg into a relative fortune? For most of us, it’s not that often.

But the answer could be up to 144 times a year if you follow the same strategy as Keith “The Biotech Bull” Kohl.

You see, Keith has been refining a system over his many years in the markets. And for the past three, he’s been deploying it here at Angel Publishing.

The short story is that Keith’s system helps him identify biotech stocks with the biggest chance of short-term gains.

It’s as if every time he invests, he gets to bet against your cousin and watch Jordan run up the scoreboard. And he’s agreed to share that same strategy with the readers of Wealth Daily and our sister site, Energy and Capital.

I’ll explain in a minute how you can get access to Keith’s presentation, but first let me tell you a little more about his strategy and how it’s helped him uncover massive winners time and time again…

But what if you didn’t have to choose? What if you could get a lot of things that were really great? I’d wager a guess you wouldn’t think twice.

And that, you see, is the beauty of Keith’s strategy: Not only does it weed out the weak investments and provide only the top-quality ones with the biggest shot at massive gains, but it gives him the ability to find as many as three a week (that's 12 a month, and 144 a year).

It’s giving him both quality AND quantity. And his model portfolio shows just how profitable having both quality and quantity can be.

In late 2019, Keith’s strategy alerted him to an opportunity in a company called Intra-Cellular…

On December 10, he put out an alert to buy shares because a catalyst was coming that could send the stock sky-high.

Exactly two weeks (14 days) later, he sent out a second alert to sell the stock on Christmas Eve. And what a nice Christmas present that was.

I don’t know about you, but I’d let Santa put that kind of present under my tree every single year.

And that’s not the only time Keith has been able to key into a major upward move thanks to his investing system.

In just three days at the start of 2020, he helped investors score a 60% gain on a little-known company called Durect Corp.

His system signaled a potential catalyst coming on New Year’s Eve. By January 3, he was telling everyone to take those profits and get ready to roll them into another trade.

And keep in mind these are all companies in one extremely potent sector of the market: biotech.

They move very fast. And they’re often pretty unpredictable. Yet Keith has been able to make a profit off more than two-thirds of his biotech trades.

That’s right. I’m not going to sit here and tell you that Keith has never made a bad trade. Nobody wins all the time, and anyone who says otherwise is trying to steal something from you.

But, going back to my basketball example, even the great Michael Jordan lost a good 20-plus games a year. Yet he’s got more championship rings than any other player.

That’s due to the simple fact that he won more often than he lost. And that’s because he didn’t just play one or two games a month. He played a whole season.

And that’s exactly how Keith makes sure he’s winning more often than he’s losing. He plays the numbers game. He makes a lot of trades every year. And as of now, about 67% of them have been profitable.

That’s how you do it. That’s how successful investors do it, at least. If you play a lot of games and you win more than you lose, you’re going to come out with that championship ring at the end of the season.

Just like Keith does year in and year out.

So how does he do it? And more importantly, how can you do it too?

Once in a Lifetime

Well, you’re in luck. Because Keith has agreed to share his strategy in a special, all-access web-based summit from our home offices here in Baltimore, Maryland.

He’ll be going live in just a few days. And the number of seats we can offer is limited.

You see, with a strategy this powerful, if too many people are taking advantage of it, they can move a stock in a market or sector.

And if that starts to happen, the strategy loses some of its “oomph,” so to speak. So Keith can’t open it up to too many people at once or the power of its predictions will be lost.

But because you’re a loyal member of the Wealth Daily community, I’ve secured a seat especially for you. Your name is literally on the seat.

All you’ve got to do is click here and accept my invitation. Then you’ll be registered for this special, all-access look inside one of the brightest, most successful minds in global finance.

I do have to warn you, though: Because this presentation has already garnered so much interest from the global investing community, I can only hold your seat for so long.

After a bit, I’ve got to let Keith open it up to investors who are serious about making quick profit after quick profit. The demand is just too high to hold any seats for long without confirmation they’ll be filled for the conference.

So please don’t wait to get registered. All you’ve got to do today is click the following link and get your name on the official list. Consider it your own, personal golden ticket to gains: 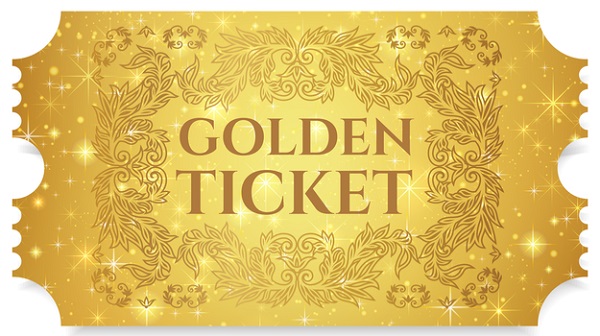 Once you’re registered, you're all set for now. And in a few days, you’ll be notified when it’s time to log in and start making money with Keith. It’s that simple.

But like I said, there’s a LOT of interest out there already. And these spots are going to command a premium as they fill up.

We can only hold yours for so long before we have to give it up to a more serious investor. So I’m imploring you to get your name on the list TODAY.

You’re just making sure that seat I’ve reserved for you doesn’t get redistributed to someone else.

And you’re taking your first step toward becoming the kind of successful biotech trader every Wall Street hedge fund wishes they had on staff.

So click here, secure the seat I’ve reserved for you, and get ready to ride the biotech industry to the kind of profits you’ve only ever dreamed about.

I hope to see you there when Keith shares his insights. And I hope you’ll be using his strategy to change your life and secure your family’s financial future for years to come.