It was one of the easiest doubles I've ever made...

A commercial-scale organic farming operation that I got my Green Chip Stocks members in on at $0.25.

That was five months ago. Since then, the stock has soared to $0.75 — and it's still growing.

Now, I'm not writing this today just to boast. Instead, I want to introduce you to the world of Green Chip Stocks: a community I created to give like-minded investors the opportunity to make a ton of money in what I consider to be “green” markets. These include things like renewable energy, organic food, legal cannabis, and socially responsible investing.

While this may sound like a bunch of hippie-dippy nonsense to some, the truth is, these are the markets that mint millionaires by the day. And there's no reason you shouldn't be one of them. So here are a few tips on getting rich in the world of “green.”

Leave Your Misconceptions at Home

I don't care if you fuel a Hummer on coal, gorge on industrially produced beef, or think climate change is some kind of socialist scam designed to pilfer your wealth and euthanize your dog. When it comes to making money, only a fool allows emotions to get in the way.

I've been in this business since 1994. I've seen the Internet boom (and bust). I rode the biotech wave and made a ton of money. I even enjoyed the rocket ship ride to $140 oil back in 2008. But nothing, I mean nothing, has ever come close to the kinds of returns I've seen in green markets.

Since 2013, the world has added more capacity for renewable power than coal, natural gas, and oil combined, and in 2014, 60% of all new investment was going into renewable energy. This is a trend that is unlikely to peter out anytime soon.

According to Bloomberg New Energy Finance, to satisfy rising global demand for energy, $12.2 trillion will be invested in power plants by 2040. More than two-thirds of this will come from renewables, with most coming from solar.

The trend to low-carbon energy is well underway, and only a fool would sit on the sidelines while world leaders draft up new proposals to dramatically increase renewable energy research and production.

Again, this is easy money.

The Largest Cash Crop in the U.S.

If energy isn't your game, maybe weed is.

Its market value exceeds that of corn and wheat, too. It's actually considered to be the largest cash crop in the United States, enjoying a growth rate of 77% from 2013 to 2014 and an estimated 700% growth rate by 2018.

Bottom line: The marijuana market is one of the most lucrative markets in the world. We've actually been making a fortune in this space all year, particularly in the Canadian market, where marijuana will soon be legal for both medicinal and recreational purposes throughout the entire country. Much like renewable energy, this is also easy money.

Of course, if this kind of plant isn't your cup of tea, consider the organic vegetable market, which has been growing at a compound annual growth rate of 12%.

Last year, the organic fruit and vegetable market in the U.S. alone was valued at about $15 billion. And organic growers are making a fortune!

One in particular is the company I told you about earlier. The company is called Captiva Verde (CSE: VEG) (OTCBB: ARDWF), and it's actually one of my favorite stocks going into 2016, basically because this thing is just a cash cow. Here's a promotional video the company just put out. Click the image below to watch it... 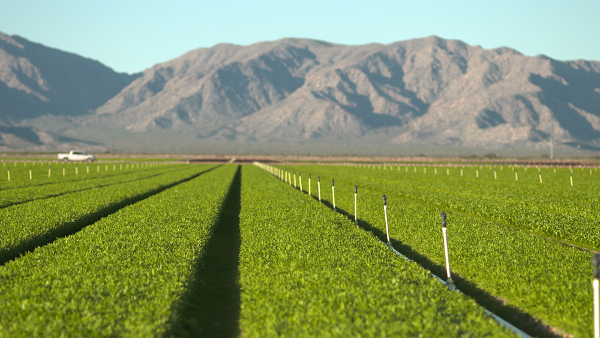 Four other stocks to consider for 2016 — in the world of green — include: