Over the past week, we’ve seen some troubling signs in the stock market...

This Wednesday, both stocks and bonds were down. As I type, the markets are continuing to slide. Commentators are saying this could be the beginning of the end.

During the past bull market, stocks and bonds — two investments that typically move opposite each other — have been enjoying a positive correlation. That means they’ve both been moving in the same direction.

And during the bull market, that direction has been up. Now, they’re still showing that same positive correlation, but they’re heading down.

If this slide continues in both the stock and the bond market, those doomsayers may be proven right.

But if it doesn’t continue — or it just takes a long time to really crash — investors who listen and stay on the sidelines will miss out on potential gains along the way.

So, even if you’re concerned a crash is coming, you don’t want to get yourself out of the markets entirely.

You’ve got to find places to profit no matter what the current economic weather looks like.

You’ve got to find good investments in bad markets.

Since the start of October, shares of retail giant Amazon (NASDAQ: AMZN) have taken a beating. They’re down 14.5% as I write. They may be down further by the time you’re reading this. 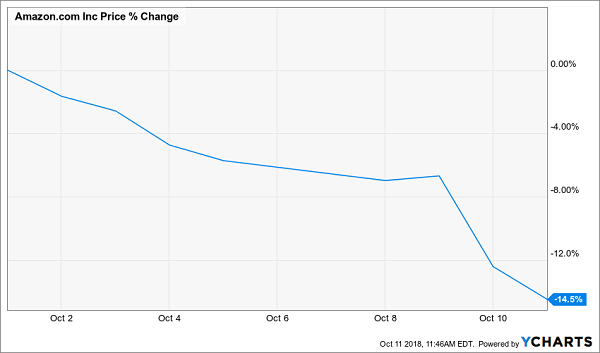 Amazon’s shares shed nearly $300 each in the past two weeks. Its market cap dropped by over $140 BILLION.

But a select group of investors who’ve identified a little-known income stream have been profiting from Amazon all month. Even as the stock plummeted.

In fact, that group just got an announcement that it’ll be splitting a payment from Amazon in a few short weeks. And that payment will be worth a grand total of $12,356,435.

That’s over $12 million in profit coming straight from Amazon to these investors, all while the company is shedding billions in value every single day.

Amazon’s stock is plummeting. Markets are falling. Naysayers are predicting doom and destruction. And this group of in-the-know investors is splitting over $12 million in profits this month.

Not a bad way to invest, if you ask me. But it actually gets even better...

That’s because Amazon is actually legally obligated to make those payments every year. No matter what its stock price is doing, it must keep paying. 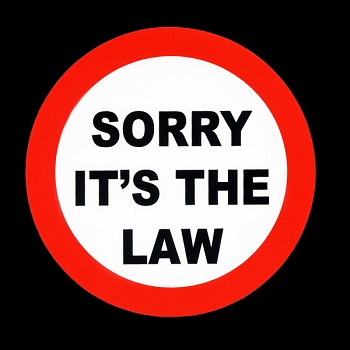 You probably remember when President Trump was tweeting about how Amazon practically had a monopoly over online retail. He even went so far as to use the words “anti-competitive.”

And Amazon’s share price fell. Investors were worried about an anti-trust suit. Those fears quickly blew over and the stock recovered. But what most investors didn’t know is that Amazon is still getting slapped with a “penalty” for being so massive.

The company is being forced to make these gargantuan payments year in and year out. In fact, if Amazon wants to keep operating at all, it has to keep the cash flowing.

The payments are getting bigger and bigger every year, too.

Next year it’s going to be even bigger. 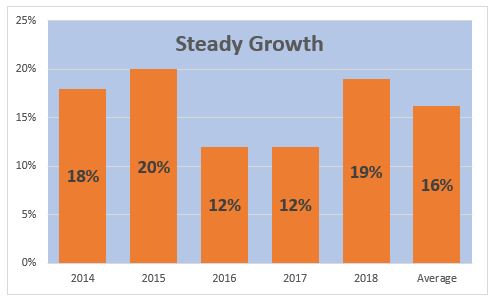 Over the past five years, these payouts have been growing at an average rate of 16% every year.

They've been growing so fast and so steadily that I feel completely confident in predicting they’ll add up to nearly $1.75 BILLION in 2019.

And this year, regular people like you and me are going to take home thousands of dollars each.

But that’s just a sample of the kinds of profits people are taking home thanks to this strategy. Some folks are collecting even more money from Amazon every year.

The only difference between them and you is that they’re in the know.

Now, my colleague Briton Ryle and I coauthor an investment advisory service. And we’re always on the lookout for investments that pay big gains no matter what the market does.

That’s why we’ve been beating the market every year we’ve been running The Wealth Advisory — even through the depths of the Great Recession.

Our investors are up over 800% in the past 10 years. And that’s based on every single one of our investments — not just the winners.

The S&P 500 gained less than 200% in that same time. And even when it was dropping or running sideways, our investors were always making money.

So, when we came across this investment that literally forced Amazon to give us a cut of its profits, we were excited to say the least.

We did our due diligence and researched the opportunity for countless hours. And after months of exhaustive research and testing to try and prove the strategy wrong, we were convinced.

This is one of the greatest moneymaking investments we’ve ever uncovered.

And we shared it with the members of The Wealth Advisory community immediately.

They’re already profiting now that they’re in the know. But the payments are getting so big, and the opportunity is so great, we’ve decided to let a few more folks in on the secret.

So, Briton and I put together a special report that details everything you need to know to take advantage of this secret law forcing Amazon to pay out billions in profits.

You can access a written version of that here. Or, if you prefer to sit back while we tell you all about it, you can access a video presentation where Briton explains it all.

Former NHL great Wayne Gretzky is famous for many things. Investing advice is not one of them. But the quote above is some of the best advice — investing or otherwise — I’ve ever heard.

Investing is the same way. You’ll miss 100% of the profits on investments you don’t make. And even hesitation can cost you dearly in the end.

That’s why I’m urging you to act. Your portfolio, your family, and your future self will all thank you.

But I’m also urging you to act quickly. These kinds of profits don’t stay a secret for long.

And when the rest of the world finds out how much money there is to be had, there’ll be a mad scramble to get in on the action.

With so many people fighting for a share of the profits, it’ll get a lot harder to claim your own piece.

Get all the information you need today. And get started collecting these "Prime Profits" tomorrow.