You Still Have Time to Invest in Precious Metals

Get ready. We are now entering the final stages in the collapse of the U.S. dollar...

And it's not going to be pretty. 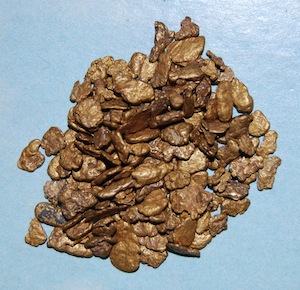 The massive increases in money supplies will tank the value of the dollar and erode the very fabric of America's economic security.

As a result, gold and silver prices are will no doubt skyrocket, despite the short-term major volatility we've recently seen.

Many investors have been rushing to me asking if it's too late to buy precious metals with gold in the $1,500/oz range and recently spiking to nearly $50/oz. I keep telling them the same thing...

Despite whatever the price of gold or silver is today, both metals will be worth more than twice as much within 12 months.

And as you know, silver's gains will be much greater. When the bull market is all said and done, there's no doubt we could be looking at silver prices exceeding $600 an ounce.

In his first ever press conference after a policy meeting two weeks ago, Bernanke told us all the ways he has saved our economy.

This translates to the Fed providing 100% of the net new cash the Treasury has raised this year — plus another $37 billion needed to mop up even more mess!

But who will buy Treasuries when the Fed doesn’t? China? Germany? Japan? You? Me?

Going to Hell in a Hand Basket

We are now getting very close and even accelerating toward the end game for the U.S. dollar and the American Empire as we know it. Have your life boats ready.

It won't be much longer before people really start buying both gold and silver to protect themselves from this enviable collapse.

The only way out of our dilemma, absent very large entitlement cuts, is to default in one (or a combination) of four ways:

I would bet on a combination of deception, betrayal, and trickery.

This past month, the University of Texas bought a billion dollars' worth of gold and is having it stored in a private depository. This is huge news.

More and more, the intelligent group of our population is starting to figure things out. Unfortunately, however, the unsuspecting masses are being led perfectly by the well-oiled government/media propaganda machine like sheep to the slaughter.

This is going to be a terrible reality for so many unfortunate Americans who have no idea as to what is coming shortly down the road.

And you can rest assured the politicos in Washington will do what all politicians do when they are trapped in such a manner: lie, cheat, steal, spin the facts, cover their asses at all costs, abuse their power, and misinform on a massive scale.

But even with the help of the government-controlled media, the time of consequences can no longer be held at bay.

Free market forces will win; governments, banksters, and their power structures will come tumbling down just as we have been seeing elsewhere around the world these past six months.

The spoils will go to those who were prepared and understood the debacle years before it hit.

The precious metals and the junior mining shares will reward those who understood, and punish those who didn’t.

Yes, the precious metals market will be extremely volatile in both directions at times, but buy the dips as gold and silver will keep heading to higher and higher ground.

As long as the Fed and U.S. government follow the course of “Quantitative Easing” or anything like it, you can rest assured that gold and silver prices will soar!

If you leave your money in U.S. banks in dollars, you will lose most of the purchasing power of your money.

The same thing can be said for silver. Don’t worry so much whether you bought at $25 or $50; silver will be priced in the hundreds of dollars an ounce, possibly $600 or more as the silver to gold ratio descends to 15 to 1, and possibly even 10 to 1.

In fact I believe silver stocks will actually be one of the biggest winners over the next 24 months.

Time is of the essence.

The lies of the Fed and the U.S. gov't are becoming bigger and more complex, their noses growing longer and longer as the fiat currency-economic-insanity comes to a head.