Going Green to Get Gold

Billions in Profits Hiding Just Under the Idaho Countryside

I used to date a girl who grew up in Idaho. Beautiful girl, but it just wasn't meant to be.

But while we were dating, she took me back to her home state to meet her friends and family. And my love affair with Idaho has only grown since.

It's one of the wildest and most beautiful states I've ever visited. More than half of the state is made up of federal lands. And that means tons of wildlife and nature. In fact, from my former partner's hometown of Coeur d'Alene (which means "Heart of the Wilderness" in French, in case you were curious), you can get all the way to Canada without setting foot or tire on pavement.

It's truly an awe-inspiring place: 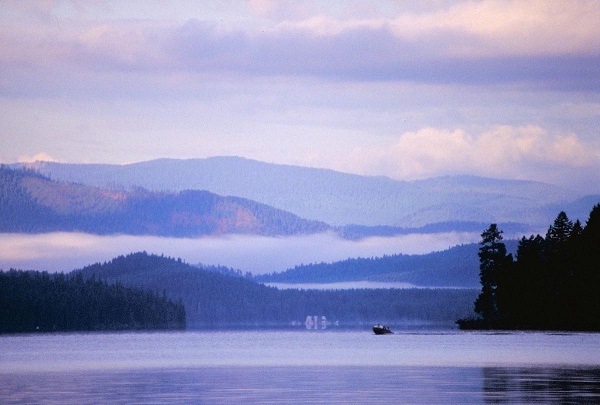 While I was visiting, I tried to take advantage of everything Idaho had to offer. I went swimming, mountain biking, hiking, off-roading in some really fast ATVs, and wake surfing up on Priest Lake, and I met a ton of the locals.

One of those locals just happened to work for a mining company. And while we were talking, he invited me to come see a future site. The company had been surveying it for a few years, and although there had already been lots of previous operations there, the surveyors were coming up with results that suggested the best was still to come from this place.

But the thing is, the miners that had been there before really destroyed the site. I mean badly. It was designated an EPA superfund site. That means it was so polluted and torn up that nothing could really happen on the site until it was restored.

When I saw it, it was still years from becoming a working mine again. And I just couldn’t see how the site could be restored in any kind of reasonable timeframe.

The EPA had already spent millions to restore the site but had little to show for its efforts. That's when this company stepped in with a plan.

You see, this company had been surveying the property while the EPA was at work restoring. And it had found evidence of a ton of gold. Actually, far more than a ton. The official report is 6 million ounces. But that’s starting to look like a gross underestimate.

And the company really wants rights to extract all that shiny metal. But the site must be at least partially restored before it can start.

So management came up with a plan that looks like it’s going to get them the green light to start bringing that gold to the surface.

The company has some backers with serious funding to throw around. So it’s set up a trust to pay for the restoration of the site.

It’s been working with local and federal government agencies for several years and has already made huge strides in the restoration part of the project...

Such huge strides that it’s just a hair away from starting operations.

There Are No Coincidences

In Buddhist theory, there is no such thing as a coincidence. Everything happens for a reason.

Well, I tend to subscribe to that life view. And a few years after I saw the potential site, an old colleague of mine got a tip to schedule a visit, too.

This guy grew up one town away from me when we were kids. In fact, I think we actually had the same zip code. We definitely had the same area code. But anyway, he and I grew up practically down the street from each other. But we never really hung in the same circles. So we didn’t meet until I started working for Angel Publishing.

That guy is Nick Hodge. He’s the founder of one of Wealth Daily’s sister publications, Outsider Club.

Nick made his name in the newsletter business by nailing investments in little-known metal and energy companies.

He’s netted his readers massive triple- and even quadruple-digit gains thanks to his in-depth examination of all the ins and outs of these tiny companies, his boots-on-the-ground research, and his thousands of connections inside the world of energy and mining companies.

It was one of those connections that tipped Nick off to the mine in Idaho.

So, he did his due diligence and decided a trip was in order. He sent back some pictures of the site. And let me tell you, it’s nothing like what I remembered. The restoration efforts made by the company have really changed the entire landscape. 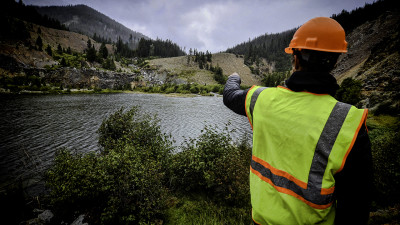 Since he was on an official visit, he got a much more detailed tour of the site. So detailed, in fact, that he wrote back to tell me that while walking around, he was practically tripping over gold. He said it was actually tough to find a place that didn’t have at least some shiny specks glinting up in the sun.

It’s a tactic I like to see management use. They promise you something easily achievable. Then they deliver something many times better. It’s great for shareholders because when that over-delivery comes through, prices skyrocket.

And that’s just what Nick thinks is going on out in Idaho right now. The company claims there’s 6 million ounces of gold “in dem dare hills.” But Nick thinks it’s a lot more.

And I trust his judgment. This guy’s seen more gold fields than Joan Rivers had seen plastic surgeons. And he knows the difference between 6 million ounces and much more — like 20 million ounces, for example.

That’s exactly what Nick is predicting is still hiding just under the surface of the Idaho topsoil. 20 million ounces! That's the difference between 187 tons and 625 tons of gold! An extra 428 tons of gold that nobody knows is there. Nobody but Nick, me, and now you...

That’s nearly four times what the company is reporting. And once operations start and the general investing public finds out what’s really there, this tiny company is going to shoot right to the top of the charts.

I’m talking about the potential for thousand-percent gains — maybe even bigger!

The stock’s still trading for less than a dollar, too. Last I checked, it was going for $0.75. But when the news of how much gold this company’s sitting on breaks, don’t be surprised to see it shoot up 10 times.

Heck, judging by history, once this miner starts producing, it’ll likely get bought by one of the bigger operations for a sizeable premium. I could see it going for $30 or more.

I don’t know about you, but I’m already thinking about all the things I could do with that kind of profit.

So, if you want to get in literally at the ground floor with this miner...

If you want to ride this wave of profits all the way to a new vacation house, boat, or lavish trip...

If you want to beat Wall Street to the punch...

I highly recommend you take a look at the presentation Nick’s put together about this pot of gold he and I found out in Idaho.

If you’d prefer, you can read the report he compiled instead.

How you get the information isn’t important. What is important is that you get the first crack at this investment that could turn out to be the biggest gold mine in American history.