I said it would move higher on the anticipatory run ahead of the Facebook IPO.

“Only a fool would buy that here,” I was told by more than one reader at the time.

“I'm just going to buy the Facebook stock when it comes out. You have no idea what you're talking about, Cooper.”

FPX would go on to hit a low of about $23 before rocketing to more than $28 a few short months later... 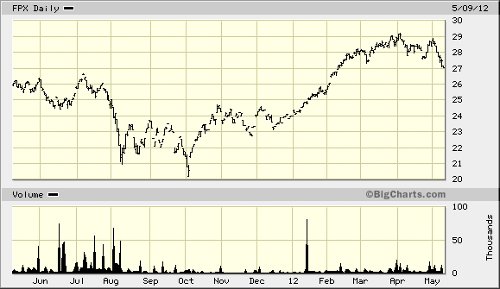 I even recommended buying the Global X Social Media Index ETF (NASDAQ: SOCL) before it ran to $16 a share: 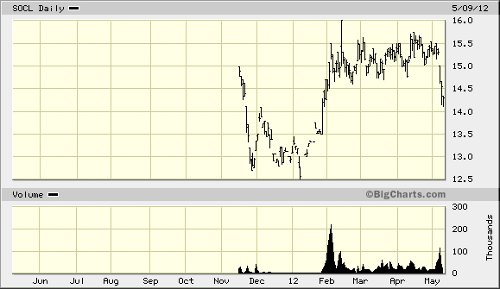 Why am I telling you this today?

Because both are likely to pop again when Facebook goes public.

I'd also sell them on the day of IPO.

Wedbush just started Facebook with an outperform rating before the IPO even materializes, and Stern Agee initiated coverage with a Buy rating. But these initiated buys are just too funny — and blatantly consistent with the theme of the shills.

Remember when Motor Trend magazine gave the Chevy Volt its “Car of the Year” award before the car pulled off the assembly line?

Remember how much of an embarrassment it must have been for the magazine when the car became an abysmal failure?

Well, Facebook's fate will likely be worse than the Chevy Volt...

On the first day of trading, everyone and their grandmother will run out to buy Facebook shares.

Demand will outstrip supply based on the idea that advertising revenue will prop up the stock going forward.

But as with most highly sought-after stocks, the game is rigged. You are waaay at the back of the line — behind the Big Boys.

We've seen this play out before...

Small investors who took a swipe at LinkedIn (NASDAQ: LNKD) on its first day watched their investments crash and burn: 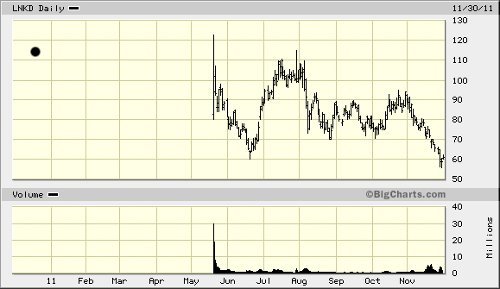 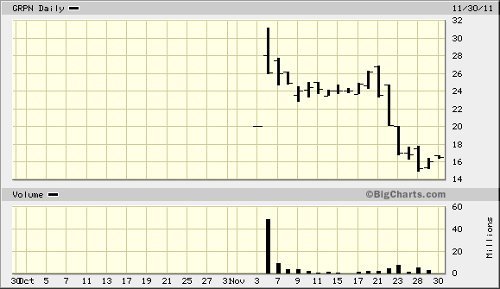 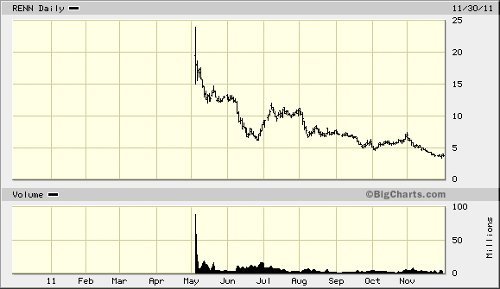 The glitz has simply worn off. The days of hyper-growth are over.

If Facebook shares price at the high end of the range, they would trade at 99x earnings.

That's far too rich for me.

The only way to justify the lower end of Facebook's valuation requires the company "to make $40 billion in revenue within the next six to seven years, while maintaining the same profit margins,” according to the Wall Street Journal. And that won't happen.

The company is even seeing a drop-off in demand from advertisers, as expenses increase across the board.

I'm not going to risk my hard-earned money on a company with these issues...

Facebook creators will get richer, but new shareholders will get the shaft. Investors would be smart to stay away.

The FPX trade is still your best bet going into the Facebook IPO.

But if you want to diversify — usually a smart, prudent move — here are some other alternatives:

I'd buy them all now... and I'd sell them on the day of the Facebook IPO.

I do not expect Facebook's public outing to be successful for long.

If you want to make good money, go in through the back door.

Remember, the Big Boys are at the front of the line... You're not even in the building.