Everything You Need to Know About the GE Fraud Claims

What would you do if the whistleblower who brought down Bernie Madoff said that almost half of the market value of General Electric (NYSE: GE) was created through accounting fraud?

Well, investigator Harry Markopolos said exactly that in early August when he published a thoroughly researched 175-page report accusing the industrial conglomerate of accounting fraud on a scale “bigger than Enron and WorldCom combined.”

Here’s what the market did... 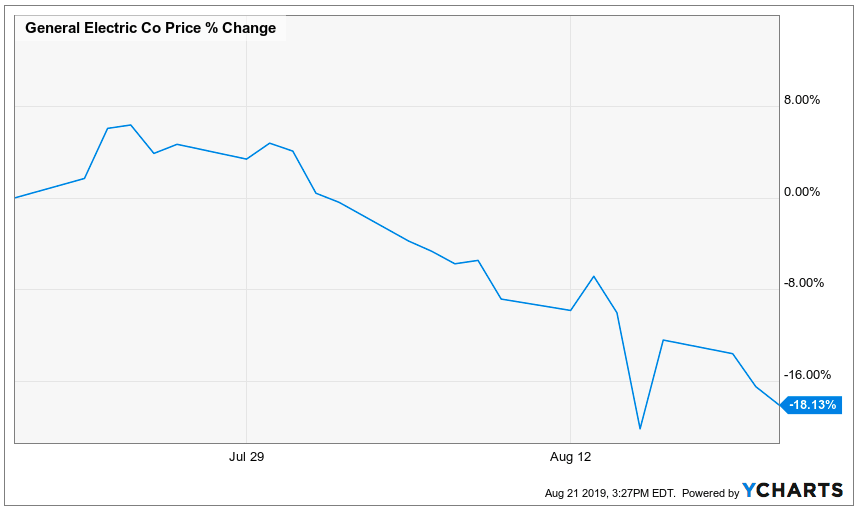 GE and its allies have denounced the report. They’ve asserted that the company is in fact financially stable, and they’ve provided some documentation to back that assertion up.

It’s hard to know who to believe at this point, and it’s even harder to know what investors should do with this information.

Below, we’re going over everything you need to know about the GE fraud claims: Markopolos’ report, GE’s response, and the implications for the market if the fraud claims are true.

General Electric was once the company that manufactured and commercialized the inventions of its founder Thomas Edison — most famously the light bulb.

Today it still does some in-house manufacturing of high-tech products like jet engines and medical devices... but otherwise it’s more of a financial services company than anything else.

In the 1980s and 1990s, CEO Jack Welch sold off, closed, or downsized many of GE’s factories and grew the company’s insurance, lending, and real estate operations many-fold. In particular, he helped the firm build a sizeable long-term-care (LTC) insurance business during this time.

(LTC insurance is a type of health insurance that covers expenses from stays in nursing homes, mental hospitals, and other residential health care facilities.)

But according to Markopolos’ report, GE’s LTC insurance unit is billions of dollars short of being able to pay out its claims. The investigator alleges that GE has fraudulently understated its liabilities for decades by deliberately underestimating its future LTC insurance claims.

Now that policyholders are starting to file those claims, Markopolos believes GE is “a bankruptcy waiting to happen.” He has also pointed out accounting irregularities stemming from the firm’s partial acquisition of oilfield services company Baker Hughes, which may have created several billion more dollars of nonexistent value.

In total, Markopolos estimates that $38 billion in value — or roughly 40% of GE’s market capitalization — is nonexistent money created through accounting fraud. For perspective, WorldCom, the largest corporate fraudster in U.S. history to date, created only $11 billion in nonexistent value.

He also believes GE has been deliberately opaque in its financial reporting for decades, erratically changing report formats and providing only top-line revenue and bottom-line profits for each of its business units, to cover up the shortfalls.

Culp could be right. According to the Wall Street Journal, Markopolos is working with an unnamed hedge fund that is shorting GE and will receive a portion of any trading proceeds. In theory, this could all be some kind of elaborate short campaign that got out of hand.

The company has also released point-by-point rebuttals of Markopolos’ claims. It has said that it has plenty of cash to pay its LTC insurance claims and that it could easily raise more cash if necessary.

A few days after his statement, Culp doubled down on his denial of wrongdoing by purchasing $2 million in GE shares at the post-sell-off price of $7.93 per share. At the time of writing, shares have already recovered to $8.19.

What Happens if the GE Fraud Allegations Are True?

But instead of guessing who’s right and who’s wrong, let’s think about what would happen in each case.

It’s easy to predict what will happen if Markopolos is lying. GE’s stock price would recover, and Markopolos would likely be prosecuted for market manipulation. Case closed.

But if Markopolos is right, things could get messy.

GE is a $71.5 billion company at the time of writing, and a bankruptcy on that scale could shock markets into a protracted sell-off. That’s what happened when Enron and WorldCom entered historically large bankruptcy proceedings in the early 2000s. 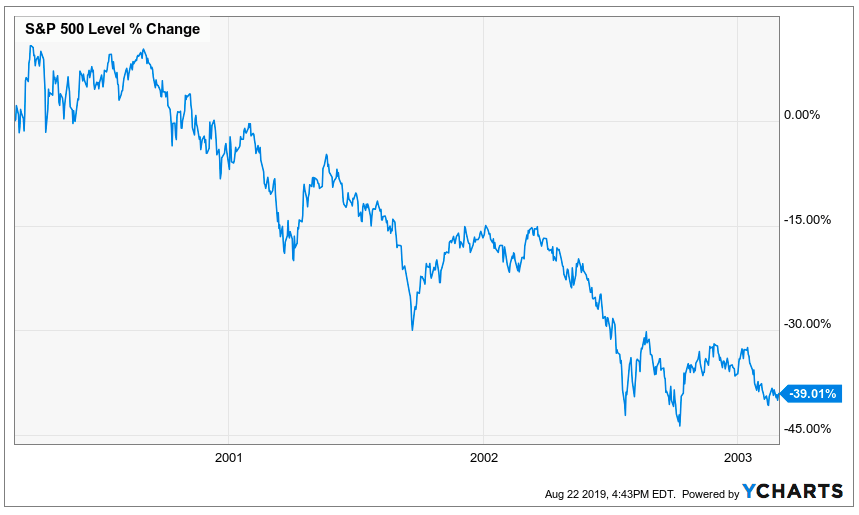 The trouble wouldn’t end with GE, either. If the firm’s LTC insurance unit really is billions of dollars short of being able to pay its claims, it might need a bailout. Otherwise GE’s financial woes could spread through the traditionally recession-resistant health care sector.

The fallout could also ensnare GE’s auditor KPMG, one of the “Big Four” accounting firms. Remember that the “Big Four” used to be the “Big Five” — Arthur Andersen met its maker after it was implicated in the Enron and WorldCom accounting scandals.

If KPMG is implicated in systemic accounting fraud at GE, the “Big Four” might become the “Big Three.”

In times like these, it would be nice to get investment recommendations from a trusted accountant with decades of stock market experience.

An accountant like, say, Jason Williams, who has put his background as an Army accountant and a Fortune 100 analyst to work for subscribers of The Wealth Advisory.