And I have to admit, as I watched Elon Musk wheel out his latest creation, the Cybertruck, on November 21, I too was intrigued.

The huge unpainted machine, which somewhat resembled a real-world manifestation of my earliest childhood attempts to draw a DeLorean, could out-accelerate a Porsche, take a sledge hammer to a door panel, and almost, but not quite, resist a two-inch ball bearing pitched at its window. 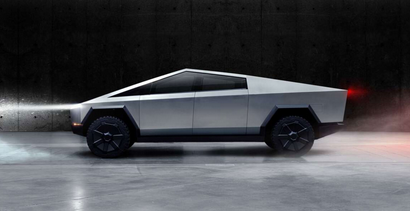 But then, as it usually does at some point during every public appearance by Elon Musk, the idiocy started.

The pulling contest between the Cybertruck and the best-selling truck in history, the Ford F-150, was a farce that could only impress the kind of person whose most intimate interaction with a pickup is getting his Prius dusted by a thick cloud of diesel exhaust.

Anybody who buys pickups for their utility understands that their value comes in their ability to pull dead weight.

By dragging the Ford across smooth pavement, Elon only proved that his machine has the power to overcome the traction of the F-150s rear wheels, which, when not loaded down with weight in the bed, don't provide much traction at all.

And then came the coup de grace: the Tesla ATV, which came out of nowhere to the persisting oohs and aahs from the crowd, and climbed the retractable rails into the truck bed.

But as the crowd climaxed, I noticed that something was off... The Cybertruck's rear end sagged under the weight of the ATV like a mid-’80s Lincoln Town Car sags under the mass of five Midwesterners on their way to Sunday morning mass. 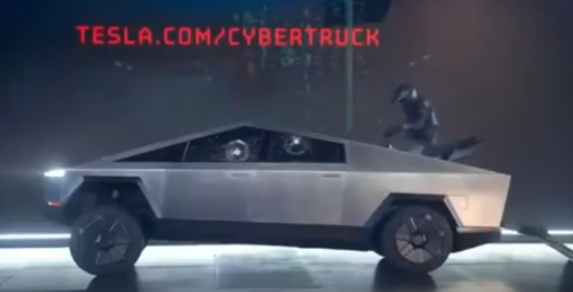 This is not how a truck suspension is supposed to behave under the relatively insubstantial weight of an ATV, even with the driver.

My Dodge Ram certainly doesn't when I load my ATV onto it.

Watching the Cybertruck assume this awkward, potentially dangerous stance led me to believe that this truck was not built by people who know much about how trucks are used.

Even through the price points were compelling (ranging from $40K to $70K depending on range, drivetrain, and power options) and definitely put the Cybertruck in direct competition with mainstream offerings from its three main prospective competitors, Dodge, Ford, and Chevy, I was left wondering if real truck buyers would care.

I don't know many salt-of-the-Earth pickup-driving, pickup-using types who would care about 0–60 acceleration.

I know plenty who do care about hauling and pulling capacity, range, reliability, service life, and ease of maintenance.

The high-end Cybertruck is claimed to be capable of going 500 miles on a single charge.

We already know it won't be able to do this safely while carrying more than a quarter-ton in the bed... How will it do while pulling five tons on a trailer?

Will it break down? Will it seize up? Will it overheat? After all, Teslas are known for catching fire hauling nothing more than a cabin full of air.

Will it be able to go hundreds of thousands of miles without having any major systems rebuilt or replaced?

Will the owner be able to make small fixes (like change a tire) or modifications at home, without needing to go to a shop?

At the end of the day, will men and women who depend on trucks for their livelihoods and their practical tasks actually trust it enough to leave the tried and true designs?

Or will this just be another toy for Tesla fanboys to collect and gawk at?

Until all of these questions are properly answered, Elon's truck will be a dumb idea, because instead of bothering with real-world truck-owner needs, Tesla just took one of its cars and shaped it like a pickup... sort of.

But of all the things that make this vehicle dumb, the biggest is one you can't even see.

It lies in the motors that power the thing.

You see, these motors are hopelessly obsolete.

They're obsolete because, like all currently available electric motors, they still carry the same design DNA as the very first electric motors ever created, all the way back in the first half of the 19th century.

The burning, the overheating, the loss of torque when spinning at low or high speed — all of these are issues inherent to electric motor design.

With high-stress applications, these deficiencies only become more severe.

Ironically, it's in this arena that Elon's dumb truck just may be in luck.

You see, a recent advancement in electric motor design might actually make the Cybertruck a viable machine for real truck owners.

This advancement, the first true evolution of the electric motor since its advent, will increase power output, reliability, service life, and yes, even range.

Unfortunately for Elon, however, Tesla doesn't own the patent to this advancement.

Another company does, and right now, as you read this, it's starting to put its design into commercially available products for the first time.

It signed a contract with an e-bike maker earlier this year and an electric boat producer just last month.

Chances are you've never heard of this company, but I urge you to change that as soon as possible.

You see, its stock is public. You can buy shares today, right off your online brokerage account.

But you won't be able to do that unless you know the full story.