Things are not good out there.

Inflation is still soaring (despite political claims that it’s been “reduced”).

Recession warnings are still growing (despite the fact that we’ve been in one for nearly a year).

The stock market is crashing (again).

And it’s going to get worse before it gets better.

In other words, there’s a lot more pain heading our way… 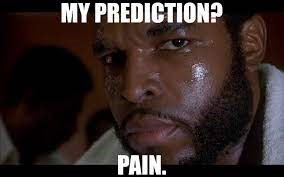 Too Little Much, Too Late

They ignored inflation when it got above their (arbitrary) 2% target rate.

They called it “transitory” when it got above 4%.

They didn’t take it seriously until it was nearly double digits.

And slam them on they shall.

In typical Fed fashion, they’ve chosen to emulate the pendulum of the markets that never stops at dead center…

They gave out WAY too much free money for WAY too long.

And markets will fall until they change their tune and swing the pendulum back too far in the other direction.

How far will they fall, though, is anyone’s guess.

How far do they have to drop before Jay Powell starts to fear for his future job at Goldman Sachs?

How much wealth must be erased before Raphael Bostic starts to worry he’ll never get appointed head of the Treasury?

I really don’t know. I doubt they do either.

But what I can tell you is that some of the best traders and smartest quants I know are betting the Dow is going to fall at least another 10,000 points in the next few weeks alone!

Just to put that number into perspective, that would bring the Dow Jones index back down to the levels it hit during the COVID crash in March 2020. 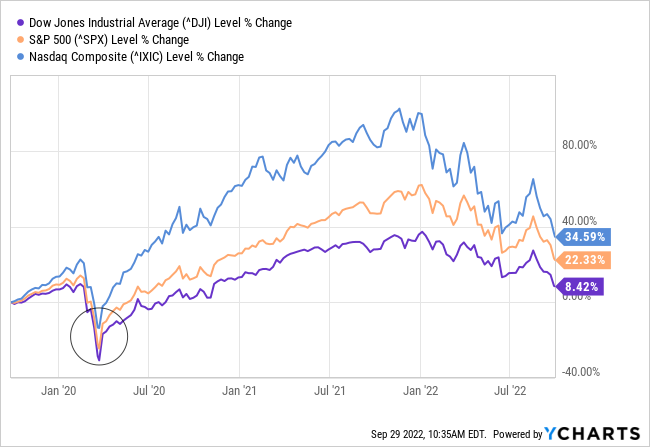 We’ve already lost nearly $10 TRILLION in overall wealth since the start of this bear market.

And the Fed is going to make sure we lose even more in the coming weeks and months.

It’ll likely many people will have to come out of retirement right at a time when companies will be forced to cut spending and trim their workforces.

And it’s 100% the fault of our politicians and central bankers (despite the fact that they’ll blame it on Russia or commercial banks or oil companies).

Getting votes and securing cushy jobs has always been more important to them than doing what's right.

Now, hiding behind “the data,” covering their you-know-whats is more important than the pain they’re going to inflict on the American populace.

Money in ANY Market

But I’m a fan of the expression that there’s money to be made in any market.

And I’m a fan because it’s true…

If you know where to put your money and when to get it out, that is.

And that’s where those brilliant traders and quants I talk to come in very handy.

You see, I don’t just talk to them.

I actually employ them to help me and my investors beat the markets no matter what’s going on out there.

Back when I was on Wall Street, we went through something similar to this exact situation.

It was called the great financial crisis and it happened back in 2008. Maybe you remember it.

I sure do. It wasn’t pretty at all. Markets fell and then kept on falling.

And they didn’t stop falling for more than a year, twelve full months of losses stacking up for most investors.

But not for all investors. Our investors were feeling pretty comfortable, as their accounts barely budged.

That’s because they had access to us, and we had access to teams of traders and quants to help us navigate the messy market and suss out the profitable trades from the losers.

But we didn’t just have access to the traders and the quants via our squawk boxes and telephones.

We had access to them through complex equations and algorithms they’d created for us.

And it was that system that really saved our super-wealthy clients from financial ruin.

It led us to the profits even when we couldn’t see them for ourselves.

And it kept our clients well-fed and feeling secure during the worst market crash and economic recession since the 1930s.

I’m Leaving, and I’m Taking This With Me

So when I made the decision to leave Wall Street and focus my skills on Main Street, the first thing I did was to recreate that system.

But I’m no day-trader. I prefer long-term investments. And I’m certainly no quant or computer programmer. I know a thing or two, but not enough to make a big difference.

So instead of trying to teach this old dog a whole book of new tricks, I decided to take a shortcut and just hire the team that banks like my former employer had used to build their programs.

Those are the super-smart traders and incredibly prescient quants I was talking about earlier, the ones who are betting the Dow crashes another 10,000 points in the next few weeks.

And it’s that system that’s kept me protected from the destruction and devastation hitting so many portfolios and retirement accounts this year.

It’s helped me cash in massive winners like these:

All while the rest of the retail and institutional investing world was losing tens of TRILLIONS of dollars in collective wealth.

And with more trauma and turmoil quite obviously heading our way, I can’t think of a better time to share this system with you, my loyal Wealth Daily readers.

So today — and today only — I want to offer you the opportunity to join me and my trading community.

I want you to get access to the kind of portfolio protection that until now had been reserved only for ultra-high-net-worth individuals and families.

I want you to have the tools you need to build a metaphorical fortress around your finances.

And I want you to be safe from the carnage that’s all but guaranteed to rampage through the markets in the coming weeks.

This sell-off isn’t ending anytime soon. Most analysts, CFOs, and investment bankers are predicting it lasts until at least the second quarter of 2023.

Are you willing to leave your assets at risk for another six months? Especially after watching what’s played out over the last nine?

If your answer is no and you want to protect your portfolio from the crash that’s coming, then you need what I’m offering today.

And the sooner you get access to this trading system, the better off your portfolio and your future will be.

Before I leave you for the day, though, I'll share the chart my super-smart quant colleagues shared with me: 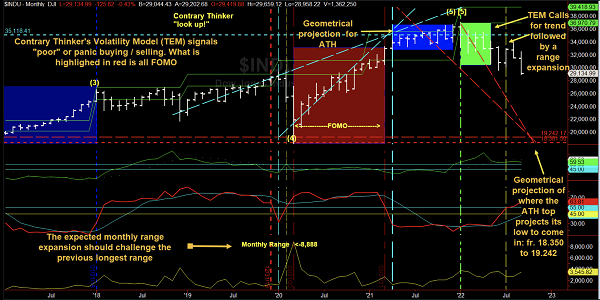 I know it looks incredibly complicated (and it is), but that's the beauty of using this system.

You don't have to be able to read the charts like tea leaves. Because I do that for you after they do it for me.

It's simple. It's powerful. And it's profitable.

I want you to feel that kind of security as the next wave of selling crushes the stock market.

So I hope you’ll take me up on my offer today.