California Has 4x the Oil that's in the Bakken

When was the last time you heard this: There’s a glut of oil in the United States.

There’s so much oil right now in the United States that oil produced in the Bakken was selling for $72 a barrel this past Monday.

The Canadians took the biggest hit from this supply glut. The heavy crude produced from the oil sands fell 28% YTD, dropping 15% in the past week to close Monday at $61.

This development is accelerating...

Oil production numbers for North Dakota hit another record in December and finished 2011 at an all-time high.

In fact, oil production in ND has gone hyperbolic. Take a look:

To be honest, it’s not the supply of oil that’s the problem... it’s pipeline capacity.

The construction of pipelines literally cannot keep up with the oil being produced.

"The declines have been driven by congestion in the market," according to a Simmons International & Co. note, "as production growth has exceeded infrastructure development."

The growth is quite shocking.

Yes, this is a crisis. But remember our investment thesis here at Wealth Daily: Every crisis contains the blueprint for its own cure.

Simmons forecasts the congestion may see some relief in May, when Enbridge and Enterprise Products Partners begin to fill their reversed Seaway Pipeline, from Cushing, Oklahoma, to the Gulf Coast, which will require two to three million barrels of capacity.

To say this is bullish for pipeline stocks — particularly pipeline MLPs — is an understatement.

The oil and gas boom in the United States has given birth to a massive bull market in pipelines.

Again, this is only half the story...

You see, once considered a joke and, ahem, pipe dream, there’s serious discussion going on that the United States could actually become oil independent.

Many still consider it a pipe dream. But when you consider how fast the Bakken came online — and overlay that with the rest of America’s oil shale formations — you can see that it is possible.

Take the Monterey Shale Formation in California, for example.

It is estimated to have 64 percent of the recoverable shale oil reserves in the lower 48 states.

You may remember when, late last year, California Gov. Jerry Brown pushed for a top state regulator to ease regulations for energy companies seeking to drill for California’s oil. The official refused.

A week later, Brown fired the regulator — along with a deputy, Elena Miller.

The governor appointed replacements who agreed to stop subjecting every fracking project to a top-to-bottom review before issuing a permit.

California could have more than four times the recoverable shale oil than the Bakken in North Dakota.

It has more than 4.5 times the reserves of the Eagle Ford Formation in Texas. And it has nearly ten times the shale oil reserves in the Avalon and Bone Springs Formation in New Mexico and Texas.

According to the same EIA report:

The next largest shale oil plays are the Bakken and Eagle Ford, which are assessed to hold approximately 3.6 billion barrels and 3.4 billion barrels of oil, respectively.

And the Monterey Shale is just one oil shale play in the United States.

Take a look at the cover of the February 2012 issue of Oil and Gas Investor (click image to see the fine print): 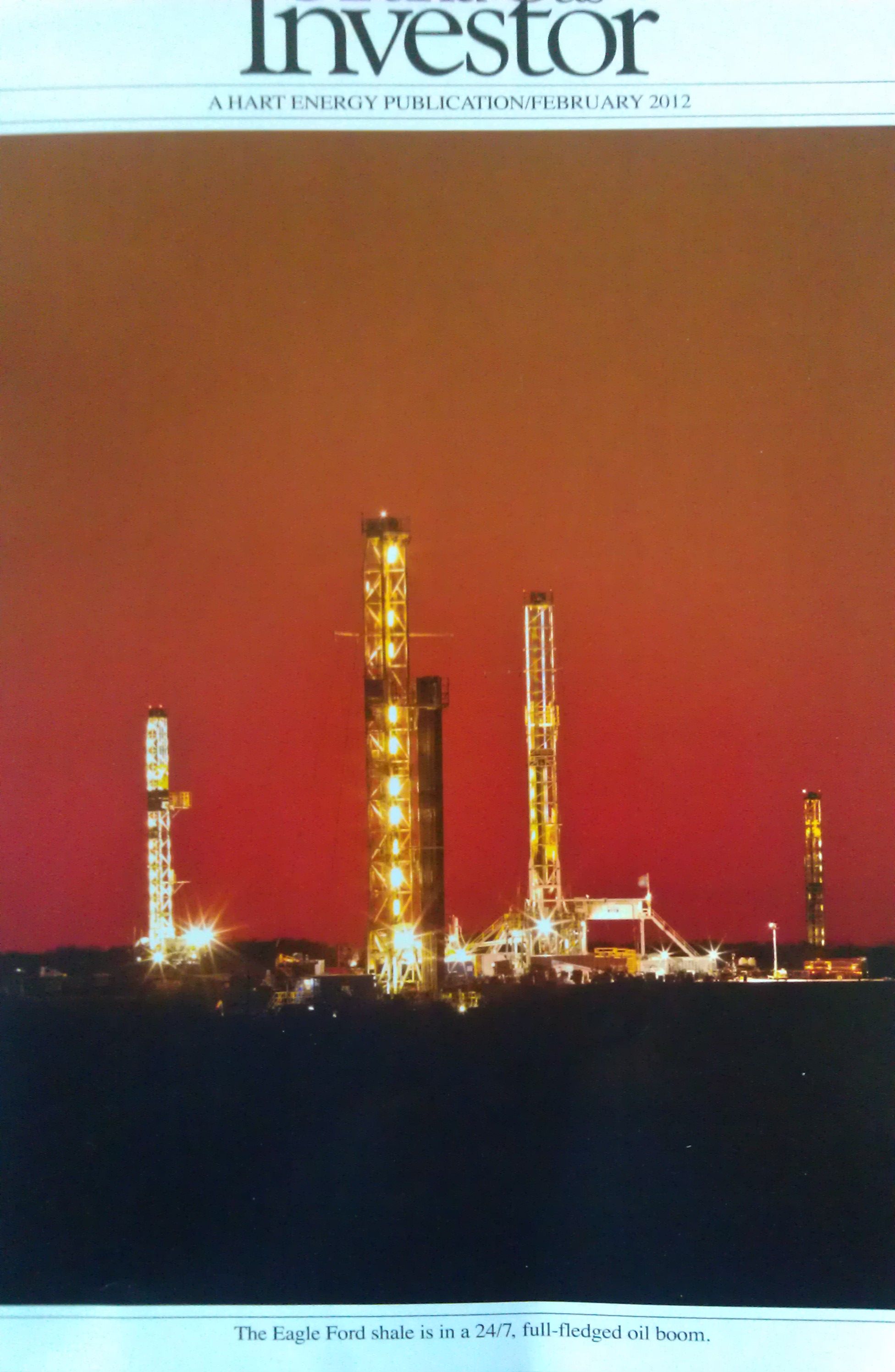 It’s upon us, dear reader. All of it.

You want to see a boom? Unleash American ingenuity.

Fracking oil and gas shale is a disruptive technology. A game-changer. A nation-maker.

This is it. The sleeping giant has awoken.