Bourbon, Motorcycles, and Plastic: The Climate War Heats Up

The adage is getting lots of attention these days.

After parsing through the social commentary of Netflix’s Squid Game — where hundreds of debtors play lethal games with the promise of winning millions of dollars, only for the winner to realize all the money in the world can’t replace the relationships he lost while playing — I started wondering what it would feel like if my small crypto stake exploded into millions overnight.

Sure, I might feel “happy” for a while, but it probably wouldn’t change who I am as a person. And what’s the point in having all that money if you can’t spend it doing things you love with the ones you love?

Cryptocurrency created one of the biggest wealth transfers in history. To date, crypto has minted nearly 100,000 Bitcoin millionaires and more than 2,000 Dogecoin millionaires.

A close friend of mine saw his crypto account rise from $10,000 to $2 million in a few months. He even lost $1 million overnight when his coin of choice crashed this summer.

We were at the beach when it happened. He turned to me and said, "You ever lose a milli in a day?"

But he wasn't phased by any of it.

It reminds me of the protagonist Meursault in Albert Camus’ The Stranger. Even when faced with imprisonment and certain death, he remains indifferent. These lines stick with me to this day:

Afterwards my only thoughts were those of a prisoner. I waited for the daily walk, which I took in the courtyard, or for a visit from my lawyer. The rest of the time I managed pretty well... little by little I would have gotten used to it... Anyway, it was one of Maman’s ideas, and she often repeated it, that after a while you could get used to anything.

Meursault wasn’t some Buddhist monk practicing non-attachment. He was experiencing something innately human, something that the pandemic has brought to light for many of us.

Our brains are hard-wired for adapting to extreme circumstances.

It comes down to the hedonic treadmill theory, which posits that all humans have a genetically predetermined level of happiness that we eventually return to no matter what happens to us externally.

Psychologists Philip Brickman and Donald Campbell first coined the idea in their 1971 essay “Hedonic Relativism and Planning the Good Society.” They determined that we quickly return to a predisposed “set point” despite positive or negative life experiences. 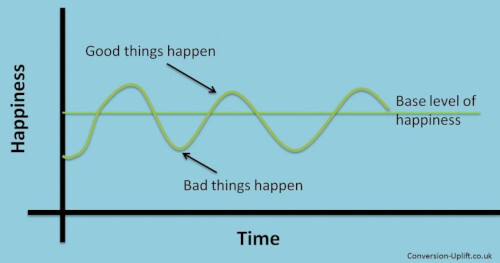 Many attempt in vain to increase their happiness by making more money, purchasing fancy vehicles, taking mind-altering drugs, or going on that European vacation.

Heck, we’re all guilty of this to some extent. Here’s a picture of me a few years back after the first ride on my newly purchased motorcycle... 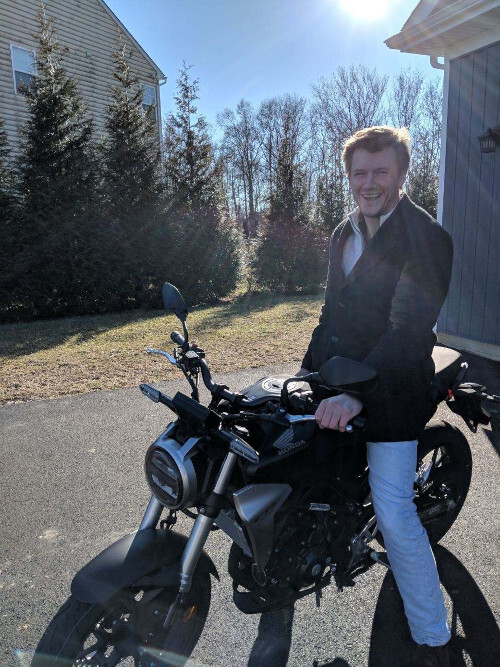 That smile set me back a few thousand dollars.

We often forget that money is merely a tool. And it doesn’t change us; it’s what we do with it that matters.

I don’t know about you, but I enjoy having the freedom to run on the hedonic treadmill by using the money I earn, not giving it away to our keepers in Washington.

So if you’ve been following the news lately, you know our world leaders have giant grins on their faces while they plot to stick their hands further into our pockets.

All eyes are on President Biden, the United Nations, and the European Union as they negotiate trade deals and environmental policy this week.

Don’t worry, though... You can rest easy knowing that the U.N. lifted tariffs on bourbon and Harley-Davidson (NYSE: HOG) motorcycles in return for the U.S. easing Trump-era EU steel and aluminum taxes. Harley-Davidson rose more than three points on the news.

It’s all being framed within the confines of global warming and carbon neutrality, with the U.N. saying the world is still “way off track” in capping rising global temperatures.

To prove the U.N. wrong, Biden made his way to Scotland for the 26th United Nations Climate Change Conference (COP26), where he announced Tuesday that the U.S. will lead a coalition — the Global Methane Pledge — of 90 countries to cut global methane emissions by 30%.

But listen closely and you’ll hear whispers of a new tax involving methane and carbon, possibly coming as soon as November 12...

And Canadian Prime Minister Justin Trudeau doubled down, saying “What a strong carbon price does, when it’s properly designed, is actually drive those price signals to the private sector, transform the economy, and support citizens in encouraging them to make better choices.”

Did you hear it? It sounds like a tax.

And one of the easiest ways to tax carbon is through plastics.

In fact, plastic taxes are already here, and it’s only getting worse.

It’s just one way to discourage plastic use, with the end goal of snuffing it out completely.

Stadiums around the nation are pledging to get rid of single-use plastics as well.

So companies that rely heavily on plastics have two options: Pay out the nose to keep using plastic or turn to plastic alternatives.

My colleague Alex Koyfman has been pounding the table about this for the last few months and is keeping a close watch on the COP26 summit.

Even I thought it was far-fetched that we’d see a carbon tax this soon, but that’s the true agenda behind this climate change conference.

And there’s one company holding the patents to a plastic alternative that’s set to experience a windfall in the coming months when plastic prices go through the roof.

Once this bioplastics company acquires even a fraction of the $579 billion global plastics market, all bets are off.

It’s all happening this month. But you need to secure your investment by November 12, before the institutional money starts pouring in.

P.S. This crypto market isn't slowing down anytime soon. But there's an even better way to play the crypto surge, without owning any crypto. And today's your last chance for maximum profits before a big crypto announcement this week.