Bezos’s Bad Year Is About to Get Worse

In case you haven’t been paying any attention to the news, Amazon founder and CEO Jeff Bezos is having a pretty rough start to 2019.

In the first days of January, he and his wife, MacKenzie, announced they were filing for divorce. Now, since they have no prenuptial agreement in place, MacKenzie is entitled to half of everything the couple owns.

That means half of the controlling share of Amazon stock.

So that story shook up the airwaves, as folks opined on what the former Mrs. Bezos would do with her shares.

Then, a few weeks later, news leaked that the divorce stemmed from an affair Jeff had with a woman named Lauren Sanchez. And not only did the reporter have a credible source — the young woman’s brother — but he also claimed to have text messages between the two.

So Jeff went on the defensive and hired a private investigator to find out how his affair became public knowledge.

Apparently, the PI was rubbing some nerves at the news organization (I can’t believe I’m calling the National Inquirer news). So, the head allegedly called Jeff and said if he didn’t call off the hounds, they had nude photos from those text messages they’d expose.

Jeff figured he’d get on top of the story and reported the alleged extortion to another news organization. And the airwaves went wild again.

And just when that was starting to die down a little bit, Bezos announced that Amazon would abandon its plans to open an HQ2 in New York.

You see, while everyone was so focused on his personal life, local politicians and organizers in New York City were focused on getting a better deal for the city as far as the new headquarters goes.

But they weren’t flexible enough, and neither was Amazon. So now Jeff Bezos joins the long list of people who have flaked out on going to Queens.

So, to say Jeff Bezos has had a rough start to 2019 may be a pretty big understatement. And this is all just the beginning.

Because there’s something about to happen that’s going to make his year a lot worse. But it could make yours a whole lot better...

You see, there’s a little-known investment that’s been allowing people just like you and me to scrape hundreds of millions of dollars from Amazon’s revenue streams.

It’s completely legal. Bezos can’t do anything about it. And trust me when I tell you he absolutely HATES it. But he’s got no choice other than to pay.

And pay he does. The annual totals have steadily grown for years. And in 2018, investors had their best year ever. They collected nearly $1.5 BILLION! 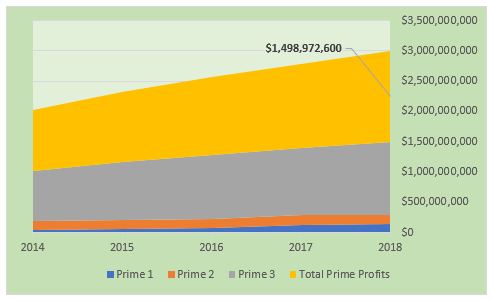 This year, the total will be even higher. In fact, folks who are already on board have been collecting payments the whole time Jeff has been going through the media wringer.

They’ve already cashed their checks for the year’s first payout. Those were worth a total of $13,066,800.

The next payment is going to be just as big. And it’s coming at the end of this month.

But you’ve got to get in on the investment before the next payday is announced, or you’ll have to wait and miss out on another $13 million payout.

Now, I know what you’re thinking...

“What’s $13 million when it’s divided up among so many people?”

Well, you’re right. These $13 million payouts are just chump change compared to the big ones.

They don’t come as frequently — you’ll usually get four a year. But when they hit the bank, it’s an obscenely large amount.

And the first one in 2019 is right around the corner.

That’s over $1.5 BILLION, in case that many numbers makes your head spin.

But only those investors who get on board before the payouts get announced are going to be able to collect them.

So you’ve got to move quickly. We’ve put together a presentation that outlines the opportunity in more detail. You can access it here.

But if you’re ready to get started right now and don’t want to wait, you can click the image below and go straight to a page to secure your access to this elite investment.

Just don’t think about it too long. The last payment went out at the end of January. The next one is coming in just a few weeks. You don’t want to miss it.