But its once again meteoric rise paints an all too familiar picture of FOMO driving prices.

Bitcoin was running up, and people were hearing about others making a killing by investing in it. And there’s not much that will get someone more upset than watching their neighbor get rich.

So people piled into the trade and it got really crowded. Eventually, there wasn’t any more new money coming in and the sellers took over. Anyone who bought into the hype and picked up coins for $41,000 is down 17% as I type.

I also believe I’ve uncovered a much better way to protect your assets against inflation and make a quick profit off capital appreciation. It’s much less volatile than Bitcoin, and it has a WAY longer track record of protecting and growing wealth.

Normally, I’m always in a race for first place. I know it’s not likely I’ll ever be the absolute best at what I do, but striving for that helps keep me improving every day.

But this year, I’m more interested in the prize you get for second place: that silver metal. And, yes, I know that’s not how you spell that kind of medal. 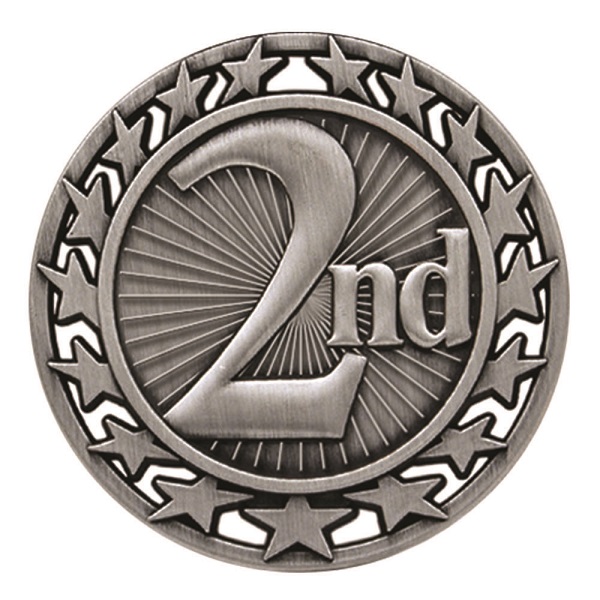 But it’s the metal the medal is made of that I’m really interested in this year. Because silver is poised for a massive rally, and if history is any indicator, it could start today.

You see, the last time there was a Democrat sweep in D.C., it was a boom time for gold’s less sought-after sister. Prices went from around $10 an ounce and set a new short-term peak around $60. 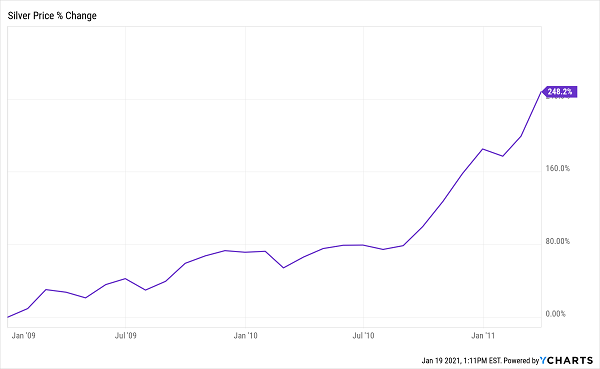 Why are Democrats good for silver? Three words: spending, spending, and spending.

And this time around, it looks like we’re going to get even more of that. We could even add a fourth “spending” to that list.

And that sounds like currency debasement in the making. How many dollars will we be able to print before the world stops accepting them as a store of value?

My guess is not many more (if the world hasn’t already caught on). That bodes very well for precious metals like gold. And when gold is in a bull market, silver goes parabolic.

Join Wealth Daily today for FREE. We'll keep you on top of all the hottest investment ideas before they hit Wall Street. Become a member today, and get our latest free report: "Three Rare-Earth Stocks to Buy for 2021"

Buying at the Bottom

But if all that spending is going to be good for gold, and people pay more attention to gold, then why am I recommending you invest in silver?

Well, that all comes back to an old stock market adage you may have heard: Successful investors buy low and sell high.

And with gold just below all-time high prices, that doesn’t strike me as the opportune time to be buying a stake... 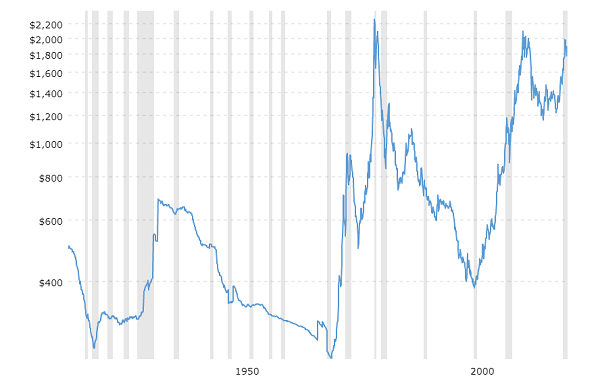 The same goes for Bitcoin (in case you were going to argue that it’s a store of value). It’s setting all-time highs too... 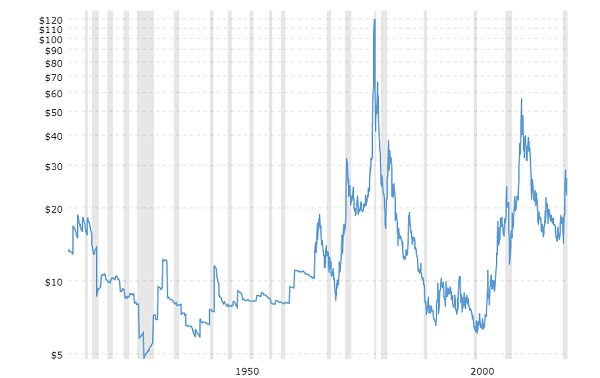 To me, those pictures are better than anything I could say. Gold is high. Bitcoin is high. Silver is low. If you’re supposed to buy low, then silver is your only choice of those three.

So if you’re getting some FOMO building, and thinking about jumping in on Bitcoin next time you see it start to climb, please, don’t do it.

Look at the charts. Remember the old wisdom. Buy low and sell high.

And get yourself some exposure to silver and silver miners before this run really starts.