How to Trade this Most Anticipated Event

“This is just too damn easy," said Charles Cimino.

He just walked with a nine-day gain of 220% on Furiex Pharmaceuticals (NASDAQ: FURX).

He'd soon walk with another 100% and 118% gain on Arena Pharmaceuticals (NASDAQ: ARNA), telling me he “just about risked all the Furiex winnings on it.”

Because every one knows nothing has the power to send a biotech to the moon like the FDA.

Well... unless, of course, that biotech is presenting at the annual – and super influential – American Society of Clinical Oncology Conference in June 2012.

Sure, it's still two months away, but now is when you want to buy.

As I said in 2010: Any time a company is expected to present healthy data at ASCO, the speculation over FDA approval, buyout, and game-changing findings can jet stock prices going into the conference.

Here's what we saw heading into the 2009 ASCO conference:

Heading into the 2010 ASCO conference, we took a position in Delcath (NASDAQ: DCTH), for examaple. It would run from a low of about $6 to more than $16 before selling off after the event. 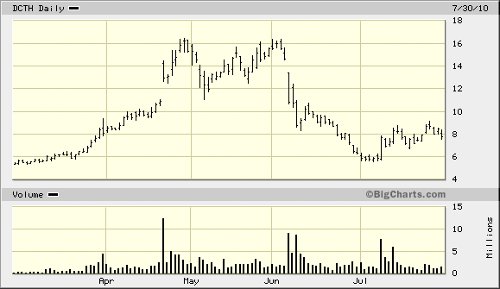 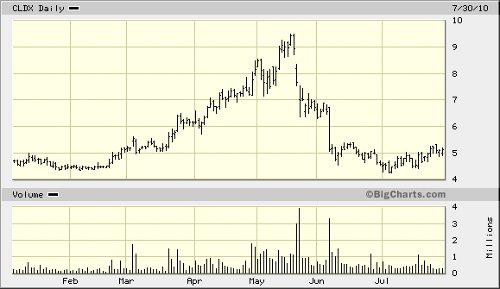 We could see another Celldex run into this year's conference, which is why we bought it again in Options Trading Pit.

The company is presenting results from EMERGE, a randomized Phase II study of CDX-011, at the American Society of Clinical Oncology (ASCO) meeting in June 2012. CDX-011 is a treatment for metastatic breast cancer and advanced melanoma.

Keryx Biopharmaceuticals (NASDAQ: KERX) was another one that popped big in 2010. 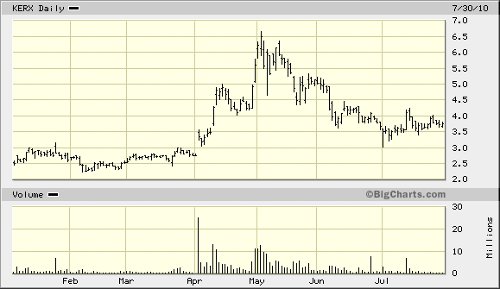 By 2011, we bought our favorite prostate drug stock, Dendreon (NASDAQ:DNDN) and watched it explode from $35 to $55. 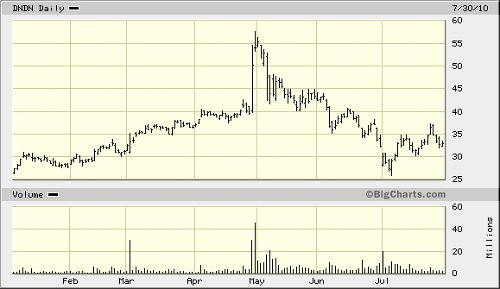 Does that mean all ASCO-related stocks – even our FDA trades – trade higher heading into the conference?

Of course not. But given our success, I don't think you'll be upset.

How to Trade the 2012 ASCO Conference

As we mentioned above, we've taken a position in Celldex ahead of the conference. One of the only reasons it pulled back so hard is because of the overall market. Further downside should be limited – in our opinion – as June draws near.

But it always pays to diversify. Here are some other trades we're looking to enter.

Check out ImmunoCellular Therapeutics (OTC: IMUC), for example. It's expected to present survival data for its late stage drug candidate. According to a recent SeekingAlpha.com article:

The company's lead candidate treats glioblastoma, which is one of the most deadly forms of cancer, with the average patient living just 14 months. But when treated with ICT-107, all patients surpassed one year with the disease, and 40% were disease free after three years. The survival rates of ICT-107 have been responsible for its recent rally...

We have an eye on Array Biopharma's (NASDAQ: ARRY) presentation on Selumetinib, an ovarian cancer drug that's shown promising results.

We're looking to add even more to the list here and in Options Trading Pit – where every month, we've been revealing which biotech stocks you need to own.