It's a known fact that during times of economic uncertainty, investors flock to gold.

Gold is often called a safe haven, and it has a record of performing well.

For instance, gold was priced just above $837 per ounce when the Federal Reserve announced its first round of quantitative easing — money printing — in November 2008. By March 2010, when the easing ended, gold was at $1,110 per ounce.

The same thing happened during the second round of easing, which took place between November 2010 and June 2011. At the beginning, gold was priced above $1,300 an ounce. By the end, it had increased to $1,500.

The chart below shows this trend, displaying a gold ETF in comparison with the S&P 500. 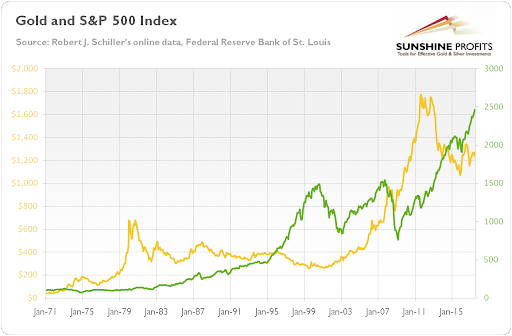 The thing is silver tends to behave just like gold in these markets... but fewer people pay attention to “gold's ugly sister.”

In the most recent Federal Reserve interest rate nosedive in 2020, silver climbed 119% to gold's 4%. This outlines a key fact that many investors miss: Silver can be more profitable than gold. 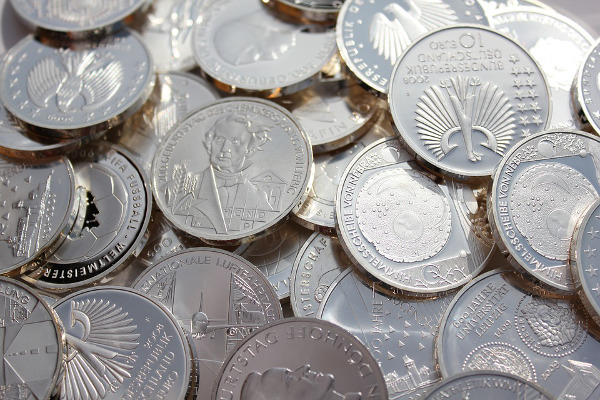 Just like gold, silver's used as currency — but it's cheaper than gold, has more practical applications, and can bring in bigger gains.

Fast-forward to 2021, and SLV is at a slight dip from its July 2021 price hike, signaling a perfect buy opportunity for investors.

Silver is a major industrial metal, used in everything from silverware to photography. It's in high demand in many different sectors.

It also acts as a hedge against inflation or financial crisis. Its value is a global standard, not controlled by any single government entity. So even if the fiat currency stumbles or plummets over the edge, silver will hold.

There's every reason to be bullish in silver again.

There are a number of ways to invest in silver, one of which is the iShares Silver Trust ETF. The fund has posted positive gains since it formed in May 2006. It is the largest silver ETF in the market, and as of August 2021, it holds more than 549 million ounces of silver.

But there are also other ways to invest that could offer just as much opportunity. 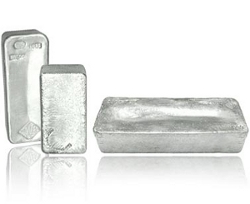 Owning physical silver is a great way to get your hands on the precious metal — literally.

You will pay the silver spot price upon purchase in addition to a premium that includes production cost and dealer commission.

The two most common forms of silver bullion are bars and coins.

Silver bars are most commonly found in 10-ounce and 100-ounce sizes, although they can also be bought in a 1,000-ounce size.

They can, however, be one of the more difficult forms of bullion to carry and store — a 1,000-ounce bar weighs over 60 pounds.

But if you decide to go with the lower premium, make sure you do it right. Not all silver bars are created equally.

In fact, there are certain brand-name bars — including Engelhard and Johnson Matthey — that investors most commonly buy because these brands ensure quality and purity.

Silver coins, on the other hand, are federally minted. The U.S., Mexico, Canada, and Austria are among the nations that mint federal silver coins, which are guaranteed a certain weight and purity.

Part of the reason these coins maintain a higher premium than bars is the quality guarantee buyers receive.

In the U.S., the official silver coin is the American Silver Eagle, with 0.999 purity. Other coins, like the Canadian Maple Leaf and the Austrian Silver Philharmonic, also guarantee 0.999 purity.

You can also purchase proof coins or special edition coins that are rarer than regular coins and higher in value when silver is in short supply. The Special American Eagle MS 70 coin is one example of this.

Silver rounds are another option. They are minted by private mints and can be cheaper as they are priced based on purity, but they are not legal tender.

Then there are junk coins. Contrary to what the name implies, however, these coins can be very valuable.

They're called “junk” because they don't have the collectible value of regular silver coins. In fact, they're just regular currency. But it's the makeup of the coin that gives it its value.

Today, silver is no longer incorporated. Our modern coins are made from copper and nickel.

So these older coins, with their high silver content, are valuable to investors — worth their weight in silver.

They have much lower premiums than regular silver coins because of the lower silver content and lack of collector's value. They have a much higher liquidity and they are official legal tender. That means — if you really wanted — you could simply walk into a store and spend the coin with no question about its worth.

You can find them through bullion dealers, who often sell them in bags based on weight.

Now, if you're really interested in investing in silver right at the source, there's no better way to do it than through silver mining companies.

This ETF performed better than silver prices after the Federal Reserve announced its third round of quantitative easing. 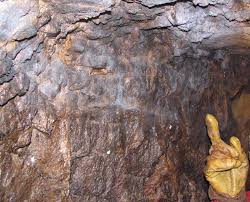 If you'd prefer to go a more traditional route and invest in an individual mining company, you might want to consider some of the companies that make up the ETF.

Wheaton Precious Metals (NYSE: WPM) is headquartered in Vancouver, Canada. It was founded in 2004 and has since become one of the world's largest silver streaming companies.

The company enters into agreements whereby it is allowed to purchase — at a fixed cost — all or some of the silver production at a given mine. It currently has 24 operating mines and eight developing projects in Mexico, Chile, Peru, Canada, Argentina, Colombia, Brazil, and Canada.

The company boasts a number of benefits to shareholders. According to its website, it provides shareholders with:

The company pays upfront for its purchasing agreements, so there are no exploration costs, and cash operating margins are around $11 per ounce of silver.

If you're an investor, that means the higher silver prices go, the more you stand to benefit.

The company has gained over 1,400% since it began trading. Right now, we're seeing some of the lowest share prices since the beginning of 2021 when the price of silver drastically decreased, which has some investors scrambling to buy.

As you explore these and other silver options, make sure you do your due diligence. Find out which options are best for you and what type of investment you'd prefer.

But don't wait too long, because silver is already breaking out.