Special Report: The Myth of the Biotech Bubble

One of the most feared words in the world of investing is the dreaded "bubble."

From the often-cited Tulip Mania that swept through the Netherlands in the mid-17th century, when speculation caused tulip prices to blow up tens of thousands of percent, all the way to our recent dot-com and housing bubbles, these trend-making events are economic tsunamis just waiting to happen. 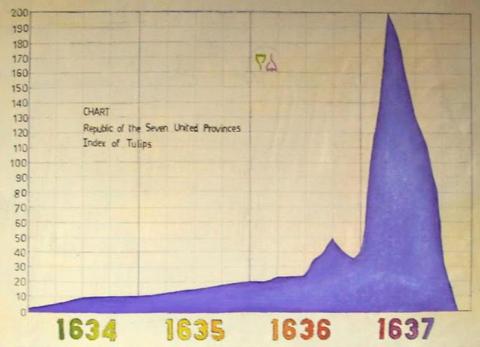 Financial theorists have been writing about and trying to explain and predict bubbles for as long as investors have been creating them.

Unfortunately, despite their best efforts, even the most brilliant minds in the business have not been able to avoid some of the most catastrophic collapses in history.

The crash of 1929, which cut a swath through the ranks of both millionaire and middle-class investors alike, was itself a bubble — a bubble of bubbles, where rampant over-speculation in a wide spectrum of sectors triggered the biggest collapse in the history of the American stock exchange and a decade-long depression to follow.

But do bubbles really need to be this terrifying? Well, interestingly enough, one of the most famous quotes from the Depression era captures the true nature of the financial bubble better than any other...

“The only thing we have to fear is fear itself,” said newly inaugurated Franklin Delano Roosevelt in 1933 to a nation of panicked Americans.

Fear as a Factor

Bubbles expand when investors pile into a popular idea or concept on the fear that they're going to miss a massive opportunity — and when that opportunity proves elusive or the trend shifts, they run for the hills out of fear of losing their shirts.

However, when the tide of a million nervous investors shifts like a flock of scared starlings, that avoidable hazard becomes the very tidal wave that wipes us all out.

You Buy on Fear

The first premise for a bubble is that a new trend has emerged and its continuation is certain.

It's this exact notion that moves people to buy gold even after it's doubled in value over the previous several months or take out a second mortgage on a house, figuring that it will continue appreciating in value to the point where growing equity will account for the debt and then some.

You Sell on Fear

The second premise is that the trend is over and will never return.

This is what causes people to sell off their shares or assets, because they think those things will be worthless tomorrow.

It's why real estate prices plummeted in 2008 as inventory flooded the market.

It's why dot-com stocks collapsed post-2000... and why Tulip Mania ended in more tears than profits for those who held out just another day.

Again, the premise is erroneous, because there is no intrinsic loss of value in gold, homes, or shares of rapidly growing Internet companies. (In fact, far more growth has taken place in Internet stocks since the dot-com bubble collapsed than did before — just ask Mark Zuckerberg or Larry Page.)

These factors all come together to create this basic pattern within the demand chart of the given commodity or industry. 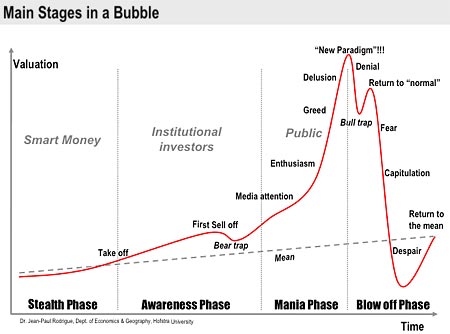 As you can see, most of the activity here isn't based on what you'd call rational investing. Instead, it's based primarily on the game of catch-up.

Everyone follows the leader onto whatever boat is trending. Sadly, when it's time to get off, there are only so many lifeboats remaining.

And by the time most retail investors realize it's time, the smart money has already switched ships and sailed off somewhere else.

Now, that said, there is a sector out there that is unusually resistant to catastrophic bubbles.

It's inherently different from all other sectors because of the unique nature of its technology.

The sector, if you haven't guessed from the title, is biotech — and here's why it's different...

There is No "Bad Time" for Medical Breakthroughs

Imagine a small pharmaceutical company has just gotten FDA approval for the sale of a cure for the common cold.

Do you imagine a hedge fund manager saying to his traders, "This isn't the right time to invest in a new medicine,” or, “Biotech isn't hot right now, so we should stay away”?

No. Of course not.

Unlike commodities like gold or silver, resources like oil or gas, or even technical industries like IT or software, the demand for new medicine isn't seasonal or cyclical.

It's constant, and as the number of people — especially elderly people — continues to increase, it's growing.

The second difference is a mirror image of this.

There is No "Trending" in the Underlying Demand Drivers for Biotech

Yes, we do get outbreaks (perceived and real) of sicknesses like Ebola or SARS or Avian flu, but all in all, there are no major spikes in ailments that could move the entire industry to respond the way it does to paradigm-shifting developments in, say, wireless technology or data storage.

Have you ever seen people pile into Pfizer (NYSE: PFE) the same way they did into speculative momentum plays like Facebook (NASDAQ: FB)?

No, you haven't... because despite the best efforts of copywriters, no biotechnology is successfully marketed as the next best thing for everyone and everything.

Not the way that Facebook, Google, and, most recently, Alibaba entered their IPOs.

The focus of biotech research and development is solving specific, existing problems — not finding new, imaginative (and potentially ineffective) ways to deliver advertising (which is what social networking, and all of the Internet, really, is all about).

In short: Just as there is no bad time for biotech, there is no true catalyst that can cause a buying mania.

Even in the microcosmic examples like flu season or the aforementioned periodic outbreaks, it's still too small to swing an entire industry on sheer emotion.

Biotech is Perceived as (and Actually is) Essential

Whereas your new cell phone or tablet might make your life more fun or convenient, new medicine will save it.

Whereas you can use gold or silver to decorate yourself or hedge against inflation, biotech will preserve your existence and help your children live longer.

In some ways, biotech shares some traits with the oil and gas industry — which is also seen as essential.

However, whereas people can argue that human society can find alternative energy sources to oil or gas, there is no replacement for the benefits supplied by the wide spectrum of biomedical technologies.

So if there can be no biotech bubble, why do you keep hearing about how it's coming?

For Every Event, There are Two Analysts Arguing Over its Cause and Outcome

Well, the simple reason is this: Analysts need big headlines to draw the eyes of their readers.

They will show you graphs and charts clearly illustrating that the rate of investment in biotech today is "signaling an impending correction."

But these individuals make their living reading the tea leaves and trying to infer patterns from irrational behavior — behavior that their own opinions tend to promote in traders.

However, on a rational, absolute level, biotech never has  created or sustained anything like a traditional trend — and it never will.

Will this save you from losing money on a rush to sell when Jim Cramer says biotech is overbought this year? Probably not.

But if you wait out those nail-biting moments when your stocks start to dip, you're likely to recover faster and gain more in the long run as efficiency starts to bleed back into the marketplace.

An 17-year veteran of the newsletter business, Briton Ryle is the editor of The Wealth Advisory income stock newsletter, with a focus on top-quality dividend growth stocks and REITs. Briton also manages the Real Income Trader advisory service, where his readers take regular cash payouts using a low-risk covered call option strategy. He also contributes a weekly column to the Wealth Daily e-letter. To learn more about Briton, click here.