During a Berkshire Hathaway shareholders meeting in 1999, Warren Buffett expressed with contrition that if only he had less money to invest, he'd be able to generate 50% annual returns — guaranteed.

The reasoning behind this statement is simple: smaller companies grow faster and have offered the highest stock market returns for over the last three decades.

This means that from a growth standpoint, Warren Buffett is actually jealous of you. More specifically, he's jealous of your smaller capital position.

Unlike him, you're able to invest in the world's best equities while still keeping your positions liquid.

In fact, the only reason Warren Buffett no longer invests in small-cap stocks is because he simply has too much money.

For just about everyone else, having too much capital obviously isn't a problem — it tends to work in the opposite direction. This is why we've put together this exclusive small-cap report, detailing three must-own companies with market caps under $2 billion.

For instance, when you text on a haptic-enabled device, it will create small, localized vibrations where your fingers land.

Currently, Immersion is the leading provider of haptic technologies, with over 1,200 issued or pending patents in the space.

With its TouchSense technology as a foundation, the company has grown revenue at an average rate of 10% per year — largely attributable to the mobile device revolution. As an increasing number of consumers enter the mobile device market, the demand for haptic technology in phones continues to increase.

Immersion's business model scales quite nicely. The company receives 98% of its total revenue from royalties and licensing, offering a consistent and reliable stream of cash flow. At the same time, IMMR does not rely fully on the mobile market for sales, which provides some extra cushion in the unforeseen event that the consumer market begins to slow. 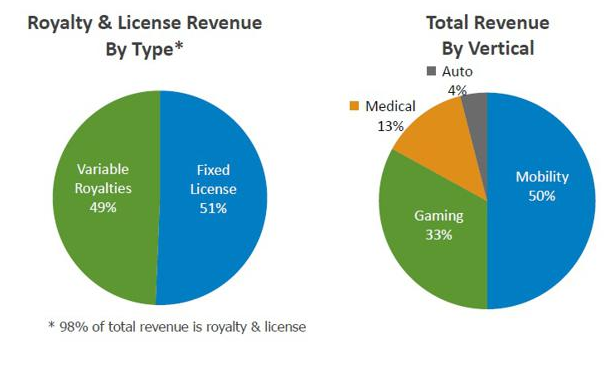 We see several catalysts for IMMR in the near term. The first is Apple (NASDAQ: AAPL), and the second is China.

Apple's next line of mobile devices is highly expected to make use of IMMR's haptic technology. Obviously, inclusion in Apple devices would offer IMMR a significant source of additional revenue, but it would also make the company less dependent on other OEMs. Specifically, it would reduce IMMR's reliance on Samsung, which currently sits at a whopping 32%.

As for China, we see a similarly beneficial situation unfolding. Low-margin Chinese OEMs are gaining a larger portion of the mobile market, and many are doing so by adding premium features such as haptic feedback.

Based on comments made by Immersion's CEO during a recent conference call, it's clear that IMMR is taking advantage of this situation:

“On a mobile contacting front we continue to engage with the number of potential OEM customers in China where we're seeing great enthusiasm for our new demonstrations and an understanding of how haptic technology can be a valuable product and platform differentiator. We've established a strong sales team in the region and are building our technical teams in order to provide rapid local response to these potential customers in China and we look forward to updating you on our progress with new licensees in the region.”

In the long term, we also expect IMMR to benefit from a patent infringement trial with mobile phone maker HTC, expected to commence in early 2015. The company has yet to lose a court case, recently settling a dispute with Google/Motorola.

We're considering Immersion a must-buy because its deep patent portfolio will allow it to penetrate just about every significant mobile OEM on the market.

Autobytel is a highly overlooked Internet company that connects prospective automotive buyers to a network of dealers with which the company holds partnerships.

Autobytel earns its revenue by generating leads for this dealer network, which consists of about 18,500 addressable stores. The company currently holds partnerships with about 5,000 of these dealers, providing a solid customer base but also allowing ample room for expansion.

Details of these partnerships vary by individual basis, but the general model involves a dealer paying a monthly fee to be on Autobytel's platform along with additional revenue based on sales conversion and lead generation. The company also serves retail sellers in the used market, though this is a much smaller chunk of the revenue.

The Autobytel platform has proved incredibly useful for both dealers and retail customers, generating as many as 1.7 million automotive leads in a single quarter. The company's lead conversion rate is the best in the industry — as high as 25% for customers directly visiting the website. 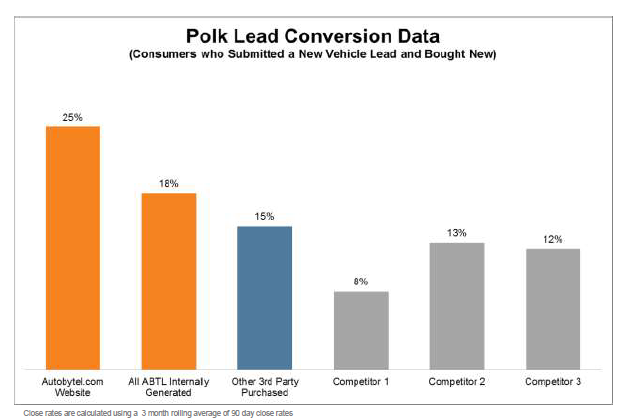 As for growth, Autobytel is lapping the rest of the auto market. Recent quarterly results show a 48% growth in total revenue compared to U.S. retail sales of just 3.6%. As for usage, volume grew 44%, which is a very healthy sign. Since 2008, the company's lead volume has grown at a solid 17% CAGR.

The company has also been aggressive in the M&A space, acquiring and investing in several related businesses including Cyber, Autoweb, SaleMove, and Advanced Mobile. More recently, Autobytel acquired lead wholesaler AutoUSA in January 2014.

As a lead wholesaler, AutoUSA purchases automotive leads and resells them for a profit. This should allow Autobytel to increase its margins and scrape up additional leads from competitors. In the long term, we see Autobytel potentially cornering this market, which is why we're considering it a must-buy.

PDL BioPharma is a rather unique health care stock. Unlike most biotechnology companies that use their cash to invest in clinical pipelines, PDL's dividend is among the highest in the health care sector at 7.20%.

PDL owns a core set of human antibody technology patents dubbed the “Queen patents.” Instead of using these patents to develop new drugs, the company has historically chosen to license them for a more consistent revenue stream.

In 2013, the price of PDL shares fell dramatically for two reasons: First, there was concern over upcoming patent expirations and uncertainty regarding the company's future. Second, a decision was approaching from the three-year-long suit with Genentech and its parent company Roche, which was disputing PDL's claims that it was infringing on the Queen patents.

During this period of uncertainly, PDL was publicly considering ceasing operations. However, the company has since won the suit and guaranteed royalties on existing products, including Avastin, Herceptin, Lucentis, Xolair, Perjeta, Kadcyla, and Gazyva, through 2016.

PDL will undoubtedly need to find alternative streams of revenue, but these royalties should be enough to soften the blow while the company sets those up.

To accomplish this, PDL has recently inked a slew of financing deals with public and private biotechs, prompting the company to retract its previously announced plans to cease operations.

Among these recent deals is a $240 million contract with DepoMed (NASDAQ: DEPO) for its Type II diabetes products and a $70 million deal with Durata Therapeutics (NASDAQ: DRTX) for the novel antibiotic dalbavancin used to treat skin infections.

On a valuation basis, PDL is trading for dirt cheap. The company trades with a P/E of 3.40 and PEG of just 0.23 — incredibly low for the industry. We expect those numbers to rise as royalties from the Queen patents diminish, but they're cheap enough to provide substantial cushioning.

So long as PDL continues to build new revenue streams, it's a good small-cap stock to buy on the dip.