“Buy when there's blood in the streets, even if the blood is your own,” once said Baron Rothschild. He should know. He made quite a fortune in the panic that followed the Battle of Waterloo.

Rothschild cast aside the negativity in times of extreme pessimism — just as we have a chance to do today for the long term.

Whenever doom and gloom run amok, scared investors send volatility through the roof. You can't be afraid to short it long-term — even if the herd suggests the opposite.

In the days following the "downgrade heard 'round the world," VIX ran to a high of 48. That's overdoing it. There's only been a handful of other times it managed a read above 45.

The VIX ran to a high of 89.5 during the 2008 financial crisis in October of the same year.

But typically — even in some of the worst of times — it's peaked right around 50:

In the wake of many of those, you could have cashed in quite nicely as volatility dropped and the markets surged: 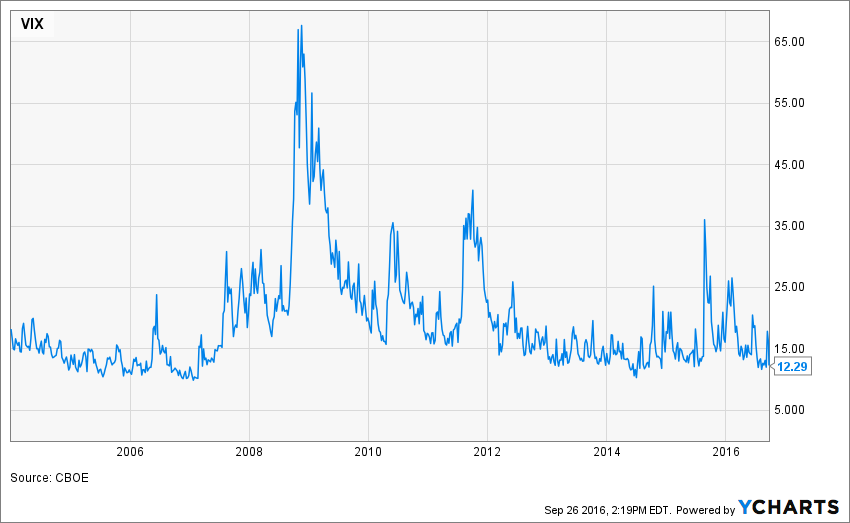 Every single time the VIX traded above the upper Bollinger Band, it pulled back hard. The trend is likely to continue in the future. Plus, every time the Williams % Range agreed with the MACD and DMI reads, the VIX dropped.

Recently, a good example appeared in the charts. While MACD and DMI don't always agree, a move above the upper Bollinger Band and an overbought read on W%R sent the VIX from a high around 27 towards the end of June to a little bit above 15 in the beginning of July.

Check out the chart: 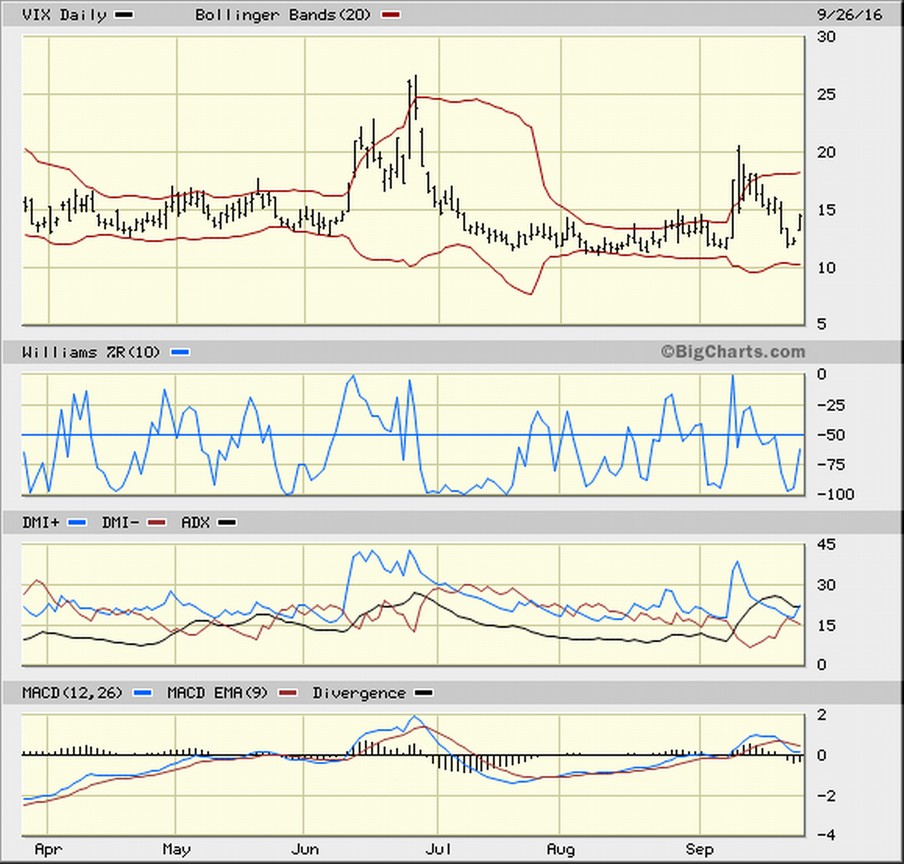 The VIX is one of the so-called contrarian indicators. That is, it tells you whether or not the markets have reached an extreme position one way or the other. If so, that tends to be a sure sign that the markets are about to stage reversal.

The idea here is that if the wide majority believes that one bet is such a sure thing, they pile on. But by the time that happens, the market is usually ready to turn the other way.

Of course, as usual "the crowd" hardly ever gets its right. (So much for the rational market theory).

So the smart money simply uses the VIX indicator as a sign to bet against them all.

If "the crowd" is feeling very bullish, in other words, it's definitely time to think about getting bearish.

It's counter-intuitive for sure, but it works nearly all of the time-especially in volatile markets. And that's why the VIX indicator is a trader's best friend these days.

After all, if there is one way to describe the markets in recent years, it would have to be volatile.

So What Is the VIX Indicator?

Developed by the Chicago Board Options Exchange in 1993, the CBOE Volatility Index (Chicago Options: ^VIX) often referred to as the "investor fear gauge," because of its representation of investors predictions on the market's volatility.

Using short-term near-the-money call and put options, the index measures the implied volatility of S&P 500 index options over the next 30 day period.

But because it's basically a derivative of a derivative, it acts more like a market thermometer than anything else.

And like a thermometer, there are specific numbers that tell the market's story.

Traditionally, a level below 20 is generally considered to be bearish, indicating that investors have become overly complacent. Meanwhile, with a reading of greater than 30, a high level of investor fear is implied, which is bullish from a contrarian point of view.

With so many investors sitting on the sideline, overall volatility has shifted down a bit, so anything below 15 would be a better reflection of bearish sentiment.

The smart thing to do then is to wait for peaks in the VIX above 30 and let the VIX start to decline, before placing your buy.

As the volatility declines, stocks in general will rise and you can make big profits. You see it time and time again.

In fact, the old saying with the VIX is, "When the VIX is high, it's time to buy." That's because when volatility is high and rising, that means the crowd is scared. And when the crowd is scared, they sell, and stock prices fall dramatically, leaving bargains for money making traders.

The Best Way to Trade

If you want to make some serious money, buy put options on the iPath S&P 500 VIX Short-Term Futures ETN (VXX), while straddling (or hedging) with VXX call options with the same strike price and expiration dates. Option contracts within a couple months will work best.

Say volatility spiked in the next couple weeks, which it easily could...

We'd walk away with 15% for every $1 the underlying VXX moved up. And we'd walk with about 15% to 20% for every dollar the underlying moved down. That is significantly more than you could make with a simple short position.

You've just playing both sides by buying a call option and a put option on the underlying stock. And that means you're covered if the stock falls or rises.