Special Report: Lithium: The Oil of the 21st Century

Just over a century ago, the industrialized world was going through a very, very rapid facelift.

And I'm not talking about World War I. In fact, World War I, then known as the Great War, was itself redefined by the same technological development that was sweeping across the world.

That development was the internal combustion engine.

It entered the 20th century as nothing more than an expensive novelty. But within a decade, it was powering everything from cars, tanks, to a completely new, awe-inspiring mode of transportation (and warfare) — airplanes.

But while oil and its universal application — the internal combustion — came to define the 20th century, today, another technology is about to do it all over again.

Today's oil is lithium, and its universal application is the rechargeable battery.

But how does its effect on society stack up to that of the gas engine? Well, you might be surprised, but lithium has the potential to affect the world far deeper and for far longer than oil ever did.

The reason? Everything today needs lithium. And I mean everything.

Lithium isn't just in cars and planes, which use it both as a power source (for electric cars) and as an actual building material.

Lithium powers your cell phone, your laptop, your tablet... All the way up to your hybrid or plug-in electric vehicle (EV).

And like I just mentioned, it's also finding its way into the structures of high-tech vehicles and devices, too.

Boeing's 787 Dreamliner, for example (which today is the most efficient and farthest-flying airliner in the world), is made of an aluminum-lithium alloy.

Other manufacturers will, without a doubt, follow suit. As will the space-exploration sector, which lives and dies by its ability to reduce weight and increase efficiency. 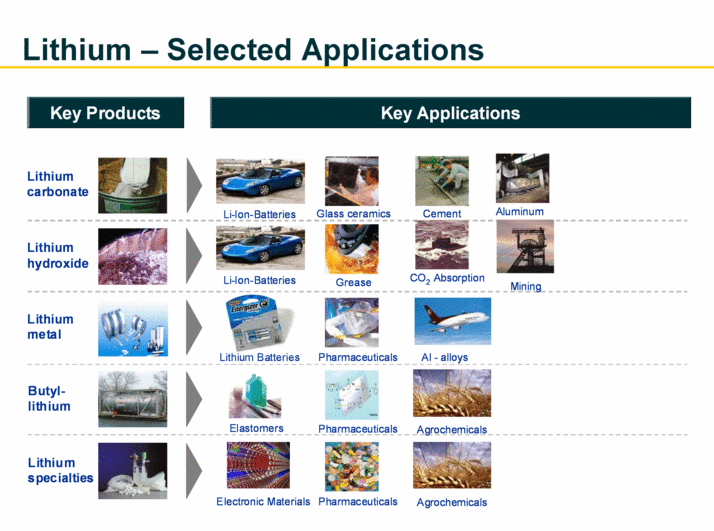 That's what I call universal demand.

Not too bad for a single metal that had little demand just 20 years ago.

Not Just for Transportation Anymore

Today, that demand is exploding. And it's being driven by multiple technological markets, all of which thirst for this element the same way that oil refineries thirst for crude.

Where demand will be in a few years, however, will make oil's ascent look pale by comparison.

Tesla just finished building its $5 billion Gigafactory 1 in Nevada. The factory is dedicated to the production of batteries for Tesla products, which includes the new Model 3 and Tesla Powerwall.

Now, after a year of construction, battery production is finally underway. Once the factory is running at full capacity, it is going to double the world's total production capacity for rechargeable lithium batteries.

But even that won't be enough. Tesla plans to build additional Gigafactories to provide more batteries. Demand for the Model 3 alone could power a factory, and the Powerwall needs its own.

When Elon Musk announced the Powerwall power storage system for homes and businesses, the reservation orders taken in the first week topped $800 million.

According to Musk himself, that sort of demand would swallow 100% of the Gigafactory 1's production capacity, instead of the 33% it was originally supposed to account for.

Tesla's two products will double the demand for lithium. That doesn't include the billions of smartphones, laptops, and tablets that will also be thirsting for this metal.

Analysts have conservatively placed lithium demand growth at 10% annually for at least the next decade — more than quadrupling total demand by the year 2025. 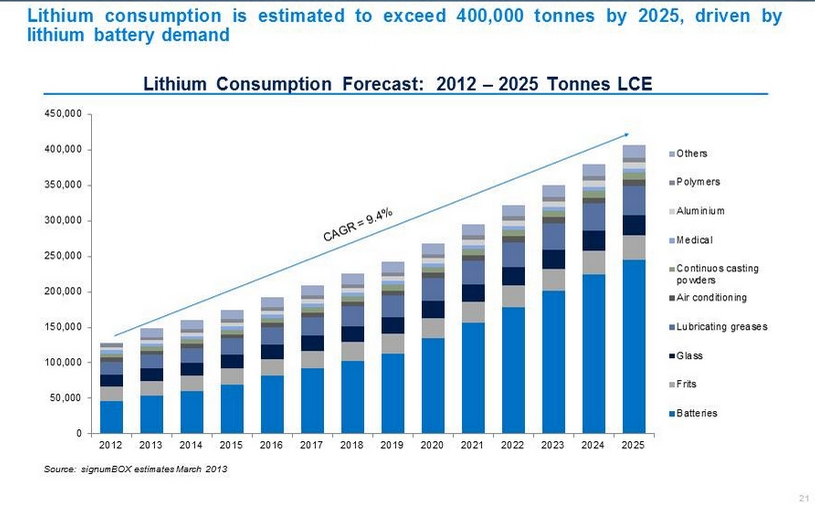 Is there any material, anywhere on earth, that is so universally sought after and yet in such universally short supply?

It's One of a Kind, and the Smart Money Is Taking Notice

The answer is no. Lithium is the element of the 21st century. It drives progress forward as a consistently growing percentage of cars, trucks, planes, and even ocean-going vessels come to depend on it.

In short, everyone loves lithium... Even those who don't know that they're using it...

But one special group of people loves lithium more than any other: investors.

Because no resource since oil has seen this kind of economic trajectory, investors are flocking toward lithium, in all forms, in unprecedented numbers.

They're buying lithium producers, battery makers, tech companies, and everything else driving or growing from this trend.

But with so many choices, where do you even start when it comes to looking for the best way to ride this trend?

That's a bigger question than it seems, and the answer isn't straightforward.

Currently, there is only one producing lithium deposit in all of the U.S. Most of what we consume comes from a familiar source — China.

That's all about to change, however, as companies large and small rush to find new deposits, drill test them, and analyze what and how much of it they have.

Companies are holding the rights to the richest deposits out there. Fittingly, some of the biggest concentrations of the metal are located in Nevada, just down the road from the site of Tesla's $5 billion production facility.

Another major hub of lithium activity is located in South America, straddling the borders of Chile, Argentina, and Bolivia.

According to some geological estimates, as much as 70% of the world's lithium supply is located in this region — dubbed the "lithium triangle."

Companies that are taking root there will certainly lead the charge toward a lithium-powered future the same way that early oil explorers did in Texas during the opening years of the 20th century.

It's one of our favorite topics here at Wealth Daily — one that we'll be following closely as it develops.