When It Comes To Survival... Don't Bet On Gold or Silver

You may know some guy who keeps a stash of gold in a safe in his house... You may even be that guy yourself.

Betting on gold to offset losses to wealth during times of economic instability has been popular through the ages, but the reality is, if and when true societal collapse actually happens, gold will be about as useful as the paper money it's designed to reinforce.

Power grid failures, bank mainframe crashes, social disorder, and pandemic all have the ability to send our modern society into a tailspin overnight.

The confusion to follow in the morning will rapidly transform the civilization we take for granted into a very pragmatic, simple, brutal existence.

And no, gold will not be a commodity whatever comes after.

Value, in a world after the power grids fall, will be determined not by intrinsic value — such as the kind precious metals are known for — but intrinsic utility.

In short, demand will come based on practical need.

Even advanced gun enthusiasts who have reloading equipment in their workshops are typically only able to assemble a modern cartridge, not actually cast the bullets themselves.

That means that stockpiling ammo isn't just a viable way of preparing, it's crucial.

Popular calibers of ammunition, such as 9mm pistol and 5.56mm rifle cartridges, will be more valuable, in volume, than the guns themselves... Reason being that mass volumes of weapons tend to lose their practical utility when there are only a finite number of people to operate them; where as you can never have too much ammo. 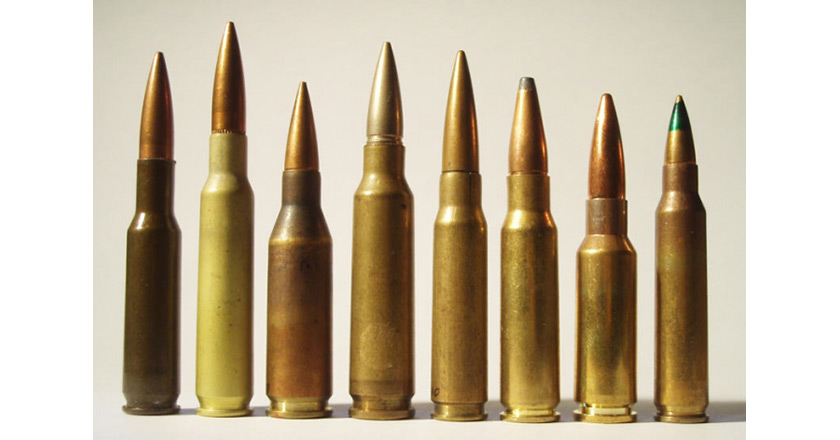 Fuel, likewise, will be a major commodity in the post-consumer world.

However, not all fuels will be of equal value.

Modern gasoline, for example, cannot be effectively stored for long periods of time.

After just a few months, the chemical bonds within these heavily engineered molecules begin to break down, rendering it useless.

Diesel, on the other hand, can be stored for as long as 20 given the right conditions and fuel stabilizers.

Moreover, diesel vehicles themselves will be more valuable in a world where regular service will no longer be available.

They can run without the need for a battery, and typically last much longer than gas engines.

So while your modern, high-performance, electronics-filled car will be sitting and rotting in your garage, the most basic 30-year-old Toyota pickup truck will remain useful.

The more of those Toyotas, Jeeps, and Dodges there are out there, the more their owners will be looking for that diesel.

Water, perhaps the most obvious thing on this list, is actually one of the most diverse items to consider.

Yes, of course, you can store water in huge plastic jugs — but not for longer than a year or so before the water will begin to get fouled.

But storing purchased water at all is only a stop-gap solution.

The average person needs about half a gallon of water per day to function at full capacity.

That's about 180 gallons per year, just for consumption. And it needs to be desalinated and free of parasites and contaminants.

Which means that unless you're lucky enough to be living close to a running mountain stream, you'll need a method to distill water.

For that, there is a host of products on the market, ranging from basic water filtration systems like the kind you probably already use, all the way to solar-powered distillation rigs.

I don't think that the world is going to end tomorrow... And frankly, if it does, I don't know how much I want to be around for what comes afterwards.

That said, if you're thinking about running off to Walmart and stocking up on all things related to the above three product categories, well, I cannot stop you from doing that.

Preparing for the worst is, by definition, a habit which will and does appear irrational in times when things are normal.

Just as Noah built the Ark before the storm, preparation efforts will continue every single day, carried out by a growing population.

You can join that population if you want, or you can ignore them.

But what you cannot ignore is the trend they're building.

Rational or not, thanks in large part to ever-expanding media coverage of the world's political and military hotspots, more preppers are created every single day — driving this trend forward with every purchase they make.

So sure, you don't have to go out and buy a 1000-gallon tank to store diesel in your backyard tomorrow, but you might want to look into companies building long-term fuel storage systems.

You might also want to look into companies producing the fuel stabilizers which will be required to keep the diesel stable for long periods.

And of course, you should check out companies which mass produce devices running off the stuff.

Ammunition, similarly, can and should be stockpiled, even if you own no guns at all (because popular calibers like 9mm pistol and 5.56mm rifle cartridges will be as good as currency).

But if you don't want cases of rifle ammo in your home, I understand.

What you shouldn't ignore is that ammunition makers are publicly traded, and their products are being bought up and stored at rates never before seen.

Federal Premium Ammunition is one such company.

A subsidiary of Vista Outdoor (NYSE: VSTO), it produces and markets all of the most popular calibers used in the U.S. and around the world by civilians as well as police and military forces.

Vista also happens to own CCI and Speer Ammo as well, in addition to a collection of other companies focused on the outdoor/survivalist market.

For water-related investments, one very niche, very focused example of a company riding this wave is Survival Still.

Portable, non-electric, and using the vapor distillation method to separate pure water from any dissolved solids, this product is exactly what every prepper would salivate over. 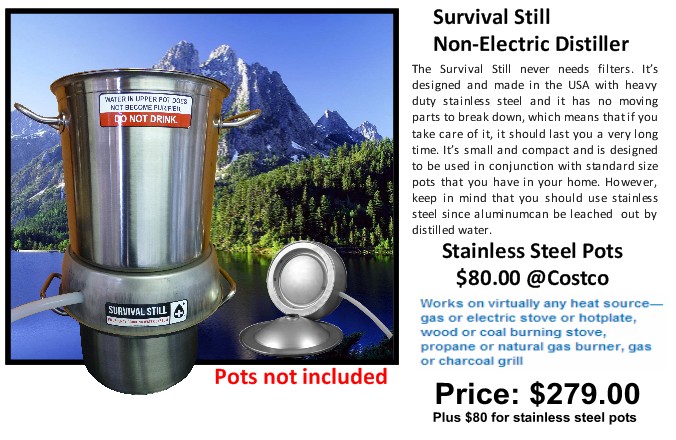 Alternatives to this distillery include portable ultraviolet purifiers — which kill parasites and bacteria but do not remove dissolved solids — as well as an even smaller device, called the LifeStraw, which filters bacteria and has been used in developing countries for 10 years.

Unfortunately, none of the companies behind these novel but practical survival devices is public.

To most efficiently go into this market, you need to go for the big names.

And in the business of water purification, there is no bigger name than Brita. 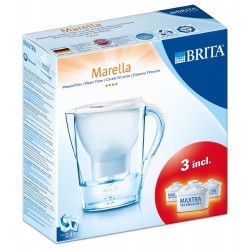 These filters were among the first to popularize the practice in the late 1960s.

Today, Brita is owned by Clorox (NYSE: CLX), and accounts for about 10% of the company's net sales.

And while this may not be the most direct way to invest in the purification market, it is a safe and diversified one, as well as one already carried by strong demand from the consumer market.