Since 2017, Visa has been clear on its plastic cards becoming obsolete. Look at its website — it names five trends to transform commerce into cashless economies via the internet of things (IoT).

The No. 1 trend Visa prioritizes is the transition “from card to cloud.” Global online content consumption almost doubled in 2020.

The question is no longer where Visa is accepted but how it’s accepted: via any device, meeting consumers in their existing digital hangouts.

After a couple years, we still have our plastic cards in our wallets, but more and more stores accept simply placing your phone on a scanner at the register — and that’s actually when you go shopping in-store.

“Contactless” transactions like Apple Pay and Google Pay allow the credit card to be the crucial backbone of payments but more invisible. AI can take it to a new level with Google Now, Amazon Echo, and Siri.

A simple voice control can allow goods to be delivered to your doorstep.

In the U.S., 42.6% of people over the age of 14 grocery shop digitally. By next year, it’ll be over half of the country's population.

Every U.S. state saw a decrease in consumer credit cards last year. Accounts decreased an average of 3.72%, with Massachusetts and New York seeing the most significant drop at 6% each.

It doesn’t help that plastic takes a very long time to decompose — something many companies now strive to avoid in an effort to create a “greener” product.

Using “peer-to-peer” payment apps like Venmo, Cash App, and PayPal usually requires your card number when you issue an account, but there is also a feature that connects your bank routing number directly to the app as well.

Online shopping often gives you an option to save your banking information. I mean, look at Amazon: 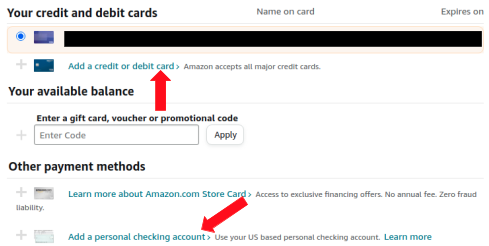 Either form of entry is a one-and-done sort of situation. You enter your information once and never have to do it again.

So if online consumption is increasing but credit card usage is decreasing, what's going to be the standard form of payment going forward?

At this point, most answers to that question will steer toward cryptocurrency.

There’s undoubtedly a lot of hesitancy to use cryptos like Bitcoin due to their high volatility. Bitcoin hasn’t recovered from its June nosedive.

That being said, a class of cryptocurrencies called "stablecoins" has the potential to merge the world of the physical currency and the electronic.

What stablecoins provide is the security and privacy of a crypto exchange while protecting users from vulnerability to volatility like fiat currencies — hence the “stable” in “stablecoin.”

Real-world assets back stablecoins since they play quite a crucial role in crypto ecosystems. They could be “pegged” to U.S currency and even gold. This makes them stand out from other cryptocurrencies.

There are companies like Tether (USDT) that aren't majorly affected by any fluctuations in the market, which is why Tether is considered one of the most secure stablecoins.

Tether allows you to buy and hold cash overseas, which is supremely helpful as travel has skyrocketed. Three-quarters of the $42 billion in Tether funds is kept in reserves in the form of commercial paper: 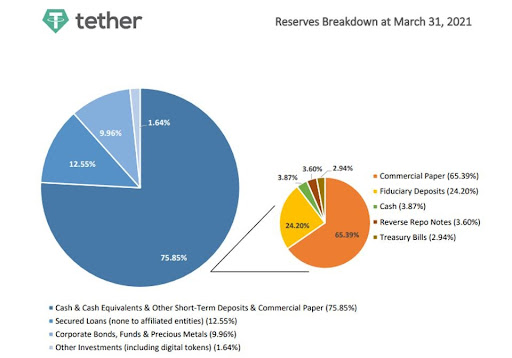 Most people can’t use Bitcoin or Ethereum for purchases or transactions on a daily basis. Tether’s lower fees are what makes it stick out of the pack. The interest rates on currency exchanges range from 6%–12% just for holding Tether on their platforms.

Tether trading platforms like Nexo have a 10% annual percentage yield, and BlockFi holds a 9.3% yield.

Tether is pretty dedicated to full transparency with its users — there’s even a “transparency” page on its website. Every day, the company updates assets and receivables from loans it makes to third parties. The page lists the current balances it has in the U.S dollar, the Euro, its own Chinese Yuan (CNH) stablecoin, and its own digital asset pegged to gold (XAU).

Earlier on we mentioned “contactless” payments. The technology that allows this to work on most up-to-date phones is called “near field communication,” or NFC. The technology allows phones to be placed against or around a scanner in a store. For safety, the sharing range is usually limited to a four-inch range.

NFC technology allows compatible devices to share data beyond shopping: Two friends can share media, you can scan tickets for public transportation, and it can also give your phone the ability to serve as your own hotel room key.

Square (NYSE: SQ) has definitely made the most out of NFC technology.

Not only is it the developer behind crowd favorite peer-to-peer app Cash App but it’s constantly making new developments for small businesses to perform at their highest potential.

In mid-July, business owners who use Square were given a feature in their accounts where they could have their own checking and savings account. Most owners had to transfer their earnings to the bank for it to be tangible; Square provided an option to cut out the extra step so they could see their earnings almost immediately.

The savings accounts are FDIC-insured, there are no monthly fees, and any transfers between savings and Square checking accounts are instant.

Now Square is being called “a J.P. Morgan for the 21st century.” Through Cash App’s potential to be “ the ultimate neo-bank” and its massive success, analysts have equated buying Square to J.P. Morgan in 1871.

Obviously Cash App's is much lower, but analysts strongly believe in its gross profits increasing up to eight times to roughly $12 billion.

That being said, Square had only 7 million accounts in 2017 and tripled that number to 24 million at the end of 2019.

So taking the rapid growth rate of Square users into account, analyst predictions aren’t too far-fetched.

Square isn’t going to miraculously triple overnight, but the more it expands its services, the more eyebrow-raising growth we'll see. 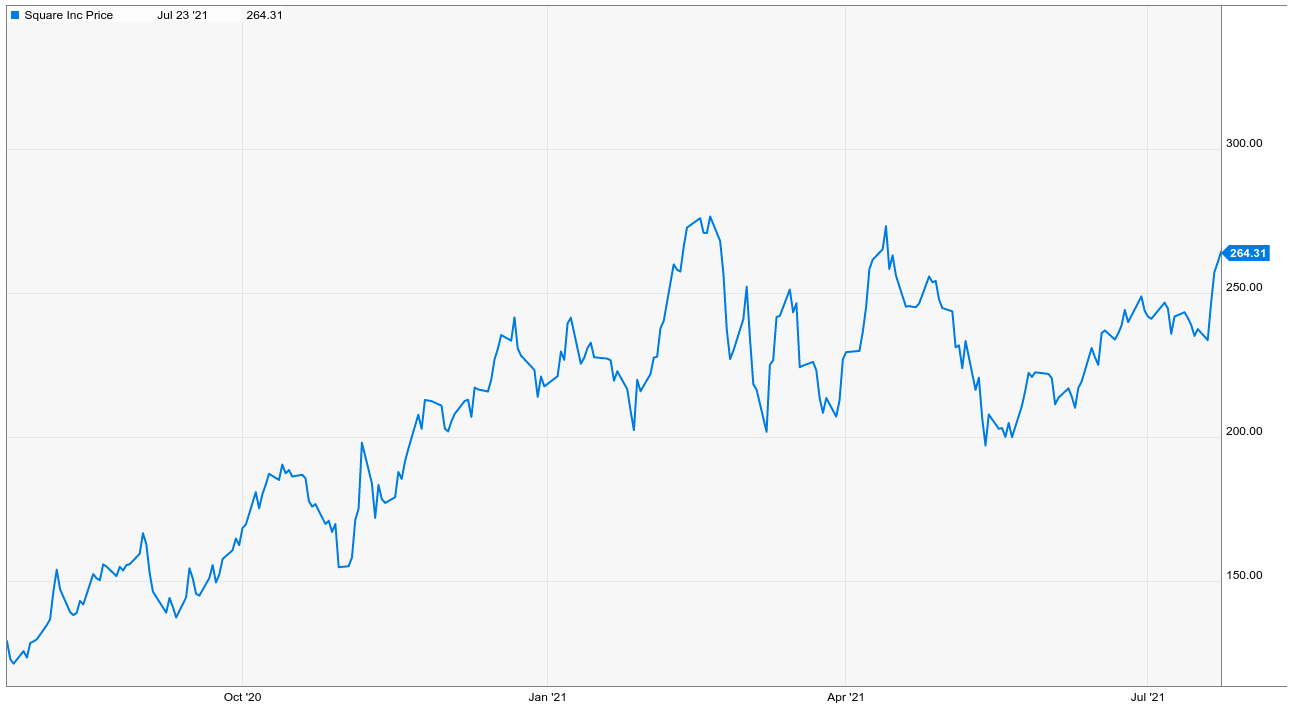 These two companies have revolutionized currency as we see it, even within a crypto revolution and a pandemic that limited physical contact with the outside world.

Blockchain payment platforms provide a better way to handle online payments which will also replace credit card payments soon in the coming years... Charges levied on credit card transactions are unnecessarily high and are focused on just taking out money from the people.

People have been predicting that credit cards will soon be obsolete for years now; some people think they’ll be replaced as soon as next year.

Since Diners Club founder Frank McNamara invented the credit card as we know it today, it’s been the go-to form of payment for the past 70-odd years.

McNamara states in his book:

It’s perfect for the businessman. You pay all your business entertainment with one monthly check. You don’t have to carry a lot of cash with you, and, most importantly, you have receipts for your firm and entertainment receipts for tax deductions.

Unfortunately for McNamara, Square and stablecoins provide the same exact thing without the need for a physical entity such as a credit card.

2022 may be too soon for all credit cards to be phased out, but surely by the end of this decade we’ll be seeing its permanent digital replacements.

If you want to read more about stablecoins and how much companies like Visa may be affected by them, make sure to check out what our experts have to say in The Wealth Advisory.

Take a look right here — before it's too late.