Special Report: Busting the Myth of the "Growth Miracle"

Accelerated growth through India and China over the past few decades has some mainstream analysts concerned about the stability of America’s worldwide position of economic dominance. 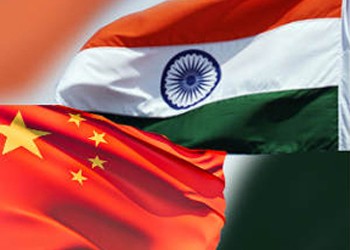 Economic events of this past year should have global industry seriously questioning the role that these countries will (or will not) play in future trade and manufacturing relationships.

The United States has no reason to fear China or India as competitors for the “Superpower” title — in fact, all signs point to an inevitable failure of developmental progress in both of these nations.

With that in mind, we should be looking a little closer to our own borders for manufacturing opportunities.

Before we talk about the future, let’s look at what’s happening right now, and why China and India will soon be distant figures in our economic rear-view.

Like we already mentioned, mainstream media has been praising the rapid economic growth of China and India for the past 25 years or so. However, that praise must be called into question, especially once we investigate the bigger picture of these nations.

India is currently the largest economy in the world in terms of purchasing power.

Goldman Sachs has predicted that by 2035, India will be the largest overall economy in the world after the United States and China.

In 2013, The Economist expressed high hopes for India’s future:

“Given the country’s high savings rate, a dynamic entrepreneurial class, a young population and the exposure to more competitive and innovative suppliers, as a result of trade and a very open foreign investment regime, the prospects for sustaining the next fifteen years are excellent.”

India’s economic policies through the 1980s and 1990s were more accepting of private businesses, a stark difference from the country’s previous attitude. The new policies and pro-business reforms fostered advancements in labor and productivity, a result of the imports of technology and capital goods. India saw a more open economy, the liberalization of imports, privatization of state enterprises, and a reduction in the number of products reserved for small-scale industries.

Like many countries before it, India’s acceptance of technology has also lead to advanced progress, productivity, and knowledge.

However, it seems as though mainstream analysts are forgetting the ‘basics’ of development:

Economic development is inherently connected to human development. It is now widely accepted among economists that a nation’s demographics and the living conditions of the population have a profound impact on economic growth — for better or worse.

In India, that impact is for worse.

It might appear on paper that India has become an economic powerhouse, but those benefits are only enjoyed by a fraction of the population. Upon closer inspection, India actually seems like a mash-up of two very different countries. The majority of the nation is comprised of impoverished rural areas that are still completely dependent on agriculture — 70% of the population still lives in rural villages. It’s only a few urban areas that continue heavy industrialization, a growing middle class, and a burgeoning economy. Even in the urban locations, widespread poverty is still a pressing issue. 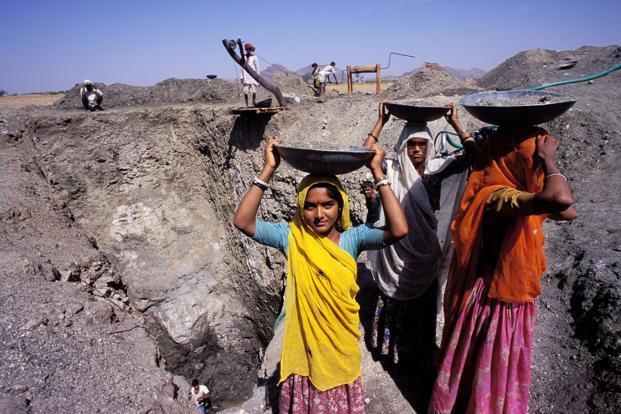 Hundreds of millions of Indians are malnourished and living without clean water, and the majority of the population still does not attend school.

More than 50% of India’s workforce is dependent on agriculture. Illiteracy rates are 52% among women, and 27% among men.

More than 800 million Indians live on less than 20 rupees per day. (That converts to 30 cents.)

A population like India’s, with a growth rate of more than 2%, places enormous pressure on infrastructure. In terms of durability and resilience against economic shocks, India ranks worst when compared to other BRIC countries.

Ultimately, India’s infrastructure is completely unprepared to handle this level of growth among its population, which is expected to exceed China’s by 2020.

Social security is basically non-existent, there is widespread unemployment, and extreme rates of water and air pollution. Simply put, economic growth has been too fast. The rest of the nation cannot keep pace.

These drastically different conditions are followed by a drastic difference in growth rate. Unless India can achieve a balance between its rural and urban areas, it will be impossible for the economy to maintain consistent growth.

These factors will undoubtedly lead to an increase in the cost of doing business in India. Frankly, it would be incredibly unwise at this point for any foreign investor to establish ties with India’s unstable economic future.

Like India, China’s rapid economic growth occurred over a few short decades beginning with economic reforms in the early 1980s. However, what analysts have often called a “growth miracle” might actually turn out to be a curse for the Chinese economy.

Within a single generation, China managed to transition from a primarily agrarian economy to one centered around industry, production, and technology. This had never been accomplished before. Driven by productivity, and the market for U.S. exports, China’s economy is now one of the largest contributors to global growth, singlehandedly accounting for more than 30% in 2013.

“China’s economy grew 10% per year for over 30 years beginning in the early 1980s. No other country in modern history has achieved such exceptional growth for so long.”

This “miracle growth” has directly impacted the Chinese population, which has experienced incredible improvements in quality of life.

Throughout the country’s growth period, 600 million people were lifted out of poverty, no longer living on $1.25 per day.

This is a significant improvement from 25 years ago, when almost no one in China could afford a car. Now, clogged streets and incredible traffic are a common feature of Chinese cities. (Welcome to improved standards of living.)

Now China hosts more than 400 billionaires and nine of the world’s 20 tallest buildings.

Unfortunately, development has been highly uneven across various regions. China’s coastal area has experienced the majority of growth while the interior region has lagged behind,

We cannot ignore the more than 100 million Chinese still living in those impoverished conditions — the majority of whom reside inland. Per capita GDP is a valuable indicator here; compared to the U.S. per capita GDP of $54,800, China’s $12,900 even ranks below struggling countries like Iraq and Kazakhstan.

At first, China’s size and population seems like an asset — the country hosts three times as many workers as the U.S. has people. Unfortunately, bigger isn’t always better, and China is now struggling with the same infrastructure issues as India, and every other country undergoing demographic transitions.

The improvements in living standards have led China’s workers to demand wage increases. That wage pressure will only increase as the working population ages and the country experiences a labor shortage. (China’s one-child policy has prevented 400 million births since 1979.)

Economists call this the “middle-income trap,” when a variety of factors lead to wage increases, which rise just enough to diminish a country’s appeal to foreign investors. China’s advantage has always been its cheap labor, but that advantage is slowly eroding. Since 2007, China’s unit labor costs have increased 60%.

“You’re seeing more and more manufacturers look at other, cheaper markets like Indonesia, Vietnam, and the Philippines,” 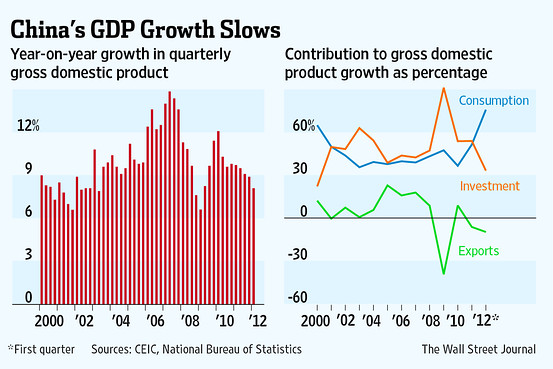 Before 2008, China’s growth was driven by productivity. Since then, growth has slowed significantly, as it became dependent on investment. Due to inefficient misallocation of capital, China’s total factor productivity remains about 40% of the U.S. level.

The IMF forecasts that the country’s growth will slow to 6.3% in 2016 and 6% in 2017. Although this rate of growth remains competitive by international standards, it’s much lower than previous expectations.

Ultimately, it’s becoming more obvious that China’s growth model is no longer sustainable. Future-looking investors should no longer consider China as a competitive option for investment, especially with much more lucrative options closer to home.

Low-cost labor, weak currency, and high investment were the factors that established China as a manufacturing and export hub.

These advantages have recently faded in China, but they are reappearing elsewhere.

A study performed this year found that average manufacturing-labor costs in Mexico were almost 20% lower than in China. In the past few years, China has lost significant market share to Mexico, which has slowly transformed from a closed economy to a more export-oriented industrial economy. (Sound familiar?)

If you’re a growth-focused investor, now is the time to concentrate on developing economies. This means nations with more youthful populations, increasing output, and more potential to expand. While India and China get stuck in the ‘middle-income trap,’ there are a handful of nations poised for the same rate of growth that they experienced decades ago.

Instead of waiting as India and China struggle to cope with their economic situations, it’s time to look elsewhere for emerging markets — for the ‘next China.’