Special Report: After Apple: The Next Big Thing in Consumer Electronics

In 2010, Apple Inc. (NASDAQ: AAPL) had still yet to release its first iPad. The newest iPhone on the market at the time was the 3GS, which sold a meager 1 million units during its lifespan. Desktop computers (Macs) were still the company's most successful product line, accounting for about a third of the company's revenue.

A lot has changed in very little time...

Over the next half decade, Apple Inc. would surpass Google to reign as the indisputable leader in not just the technology industry but the broader financial world.

Fueled almost entirely by the success of a single product, Apple rapidly became a powerhouse in the stock universe. The iPhone soon took off, and by 2015, Apple was already earning more on an annual basis than any other company to have ever existed. Its cash horde also eclipsed $200 billion (another record) for the first time — more than the entire value of the company just five years prior.

Yet with all the success that Apple has had over the last half-decade or so, you've probably noticed a glaring difference in how the market prices the company compared to similar-sized companies like Google. While these companies may be trading at similar capitalizations, on a pure earnings basis, the market is valuing Google at nearly three times what it values Apple.

In other words, for every dollar Google earns, Apple has to make three in order to satisfy the market....

So why the drastic difference in valuation? Why is Apple Inc., the most successful growth company in history, being valued at the same earnings ratio as the plateauing and long-established auto industry?

You see, as much of a windfall as the iPhone may have brought Apple over the last five years, the massive success of the device has become as much of a curse for the firm as it was once a blessing.

Even Apple's less successful product lines — the iPad and the Apple Watch — are just reiterations of the iPhone with different names. There's only so many times the company can resize the iPhone and pretend it's something new.

Take away Apple's branding, and virtually the entire company can be summed up like this: “Tiny iPhone. Little iPhone. Big iPhone. Really Big iPhone.” That's not innovation... it's replication, and it puts Apple shareholders at substantial risk.

Simply put, Apple has to actually evolve — or someone else will eventually take its place.

So ultimately, there's a reason AAPL trades at such low multiples. Smart money has caught on to Apple's single-product problem — and they know the party could end at any moment.

As far out as that might seem to some, try to remember just how suddenly the iPhone rose to power... how quickly smartphones were able to decimate the PC industry once they reached commercial production.

It only took a few years for a single product to completely change the status quo of personal computing. It will only take a few years for the next big thing to emerge again.

The reality is that as incredible as smartphones are from a technological standpoint, the same thing could have once been said about the desktop PC. As successful as Apple has been, the same kind of false security was once felt about companies like Dell and HP (we all know where those firms stand today).

Back in 2014 Facebook purchased a company called Oculus for $2 billion in an acquisition that perplexed much of the market.

Oculus was developing a mobile device, an early stage "iPhone Killer," that was taking the technology community by storm.

While still in its infancy, this device, known as "The Rift," promised to bring immersive, interactive content to the average consumer everywhere.

The question, of course, was what did Facebook have anything to do with virtual content? After all, the company built its fortune on social media. It was a company in the Internet and software business, not physical hardware.

Well, here's what Facebook CEO Mark Zuckerberg had to say about Facebook's future plans following the acquisition of Oculus:

"This is just the start. After games, we're going to make Oculus a platform for many other experiences. Imagine enjoying a courtside seat at a game, studying in a classroom of students and teachers all over the world or consulting with a doctor face-to-face — just by putting on [this device] in your home.

"This is really a new communication platform. By feeling truly present, you can share unbounded spaces and experiences with the people in your life. Imagine sharing not just moments with your friends online, but entire experiences and adventures.

"These are just some of the potential uses. By working with developers and partners across the industry, together we can build many more. One day, we believe this kind of immersive, augmented reality will become a part of daily life for billions of people."

Needless to say, Zuckerberg is betting big on this "iPhone Killing" device... Not just with a $2 billion acquisition, but with a long-term business plan for Facebook.

But what exactly is the Rift?

Well, the mainstream terms for these kinds of devices are augmented reality and virtual reality. In short, computing devices that free applications from the two-dimensional smartphone and bring them into the real word.

Of course, Facebook isn't the only big-name tech company with its eyes on augmented and virtual reality. Both Microsoft and Google have been quietly developing their own devices in hopes of becoming the next consumer electronics giant.

In Microsoft's latest product reveal, for instance, the company demonstrated a new device called the HoloLens.

Microsoft had been working on this project in secret for years since purchasing an Israeli startup called 3DV Systems back in 2009. After years of keeping the HoloLens under wraps, Microsoft began teasing the public with demos of what the product could do in 2014.

Today, the HoloLens is being shipped to developers across the world, with the hopes that in just a few years it will hit store shelves, packed with exciting new applications.

Then there's Google, which first introduced the augmented reality headset “Glass” as a developer's edition back in 2013. Much of the public was excited about the project at the time, but commercial development was still several years down the road.

When Google later pulled the cord on its first generation of Glass, many news outlets began falsely claiming that Google Glass was done for good. But in reality, Google had simply taken Glass back to the drawing board, renaming it as "Project Aura."

You see, one of the biggest complaints about Glass was that the device looked too nerdy, which is why Google is redesigning Aura today with a whole new look.

Now, there will be a many skeptics out there when it comes to augmented and virtual reality, but this is always the case with unfamiliar tech. If I've learned one thing investing in technology stocks over the years, though, it's that the naysayers always finish last.

Back when cinder block-sized car phones were selling for $700 a piece, try to remember that people scoffed at the idea of fitting a touchscreen computer into their pocket. Many were still laughing at the idea of the World Wide Web back then, too.

But as I'm sure you've realized over the past few decades, we live in a world where technology develops at blazing speeds. From drones, to robots, to self-driving cars, it's truly incredible what human ingenuity has been able to accomplish.

When you think about how far we've come, one thing should become perfectly clear: Anything can happen, and nothing is impossible.

In fact, it's the technology that people think is impossible that allows you to truly multiply your wealth.

After all, that's how people make money in the stock market: They find value in places where others can't yet see the forest for the trees.

The trick to successful stock picking is thinking like a visionary: Taking a look at the future and asking, "What comes next?" It's not about coming up with reasons why something could never happen, but figuring out exactly how and when it will.

The reality is if you plan to locate the next blockbuster consumer electronics stock you have to look at what comes after the smartphone, the same way investors once bet on what came after the PC, and you can rest assured what comes next is augmented and virtual reality devices.

Fortunately, the analysts at Wealth Daily are following this trend very closely, and are already covering a number of virtual reality stocks in their widely popular financial column. If you're interested in learning more about the emerging opportunities in this space, be sure to check out our latest video. 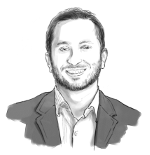 Jason Stutman is Wealth Daily's senior technology analyst and editor of investment advisory newsletters Technology and Opportunity and The Cutting Edge. His strategy for building winning portfolios is simple: Buy the disruptor, sell the disrupted. In today's rapidly changing market landscape, Jason helps keep his readers informed on the market's most important and evolving technological trends.