Why the Mainstream Media Won't Expose the Central Bank Scam 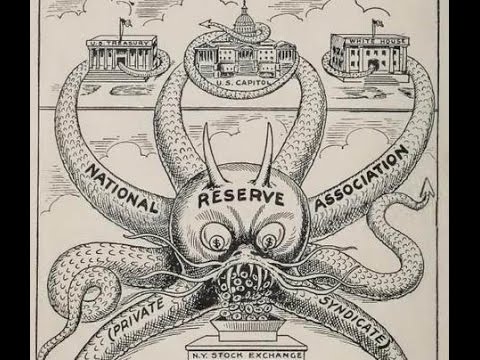 There is currently an investigation by a parliamentary committee in Greece on the relationship between the Greek banks and the media. As reported by Zero Hedge, there were large bank loans to media outlets, which also trade support with politicians.

Since the banks are controlled by the government, it is a triangular relationship, where they all seem to take care of each other in certain ways. The media will generally be kind to the politicians they support and to the bankers that help them out.

It’s not exactly clear how a government agency is really going to expose the corruption and cronyism going on. They will probably find a few low-level bureaucrats to throw under the bus.

According to one member of the Greek Parliament, about 70% of bank advertising expenditures went to just five media groups in 2015, while lending essentially stopped to small businesses. Those same media companies had already been extended loans from the banks.

Of course, this would probably not be of much interest to anyone except for the fact that Greece and the entire Greek banking system has been a complete disaster. If the middle class (if there even is a middle class anymore) were seeing improved living standards, then nobody would care. But since the regular guy is taking it on the chin, he is more likely to take aim at the big bankers and the media outlets that still seem to have money to float around.

The Greek banking system is still very shaky. The only reason that the current banking system still exists is because of bailouts from the European Union. Otherwise, the banks would be insolvent.

Only a Difference of Degree

The corruption and cronyism in Greece is different from other places only in degree. But the same problems exist virtually everywhere that people live.

The U.S. banking system would also be insolvent if not for the Federal Reserve. The Fed directly bailed out the big banks and financial institutions in 2008. Then the Fed bought many of the banks’ bad assets through its quantitative easing (money creation) programs. To top it off, the Fed is paying banks interest on their reserves. However, it is important to note that the banks would never have gotten into so much trouble if not for the moral hazard set up by the Fed.

In terms of a cozy relationship between banks, the media, and politicians, the U.S. is just as bad as Greece.

While the banks are privately owned, the whole central bank apparatus is there as a backstop to the big banks. It is no coincidence that Treasury secretaries typically come from Goldman Sachs.

In terms of the media, we all know how that works. Sure, there is criticism of politicians, but the system itself is never questioned. “Should we increase spending by 2% or 4%? Should we send over the military to that country, or just send foreign aid?”

While the media and politicians work to protect each other, the obvious good news is that technology has broken this monopoly. We now have other media outlets where we can obtain our news. We can read differing opinions that may actually question the system.

But even here, the media generally doesn’t question the banking system that obtains profits in the private sector, but then has its losses covered when things turn down. We don’t hear any significant questioning about the central bank and its monopoly over the money supply and its continued bailing out of banks.

The whole Trump phenomenon is interesting because he has been successful in the face of a hostile media. Even Ronald Reagan got more respect from the media than Trump.

Trump has taken his message – even if sometimes cloudy – to the American people. He is constantly doing interviews because he can’t rely on the media just to report on his campaign. He is the opposite of Hillary Clinton, who barely does any interviews. She certainly doesn’t do any interviews where the person and outlet doing the interview are in any way hostile. She probably knows the questions ahead of time.

This is part of the reason that Trump sticks his foot in his mouth so often. It isn’t the only reason, but when you are constantly doing interviews, you are going to slip up, especially with the “gotcha questions”.

While technology has helped dramatically in lessening the impact of the mainstream media, there is still a great alliance between the media, the banks, and the politicians. This is not capitalism. It is cronyism.