Why Do Lithium-Ion Batteries Keep Exploding?

Ever since their invention back in the 1970s and their commercialization in the early 1990s, lithium-ion batteries have revolutionized the world of electronics…

Their ability to hold an incredible amount of energy in a small space has made them the preferred method of storing electricity for nearly half a century.

But that ability come with a major trade-off…

And that’s the explosive nature of the components that make the batteries themselves.

The lithium-ion solution contained within every single one of them is HIGHLY “reactive.”

That simply means when a lithium-ion solution comes into contact with air, it erupts into flames in an explosive chemical reaction.

It’s part of what makes the batteries work so well for storing energy. But it’s also part of the reason they’re prone to explosions.

And that’s not the only problem inherent to lithium-ion batteries.

You see, the rest of the components of the battery are basically the ingredients to a high-tech bomb…

Lithium-ion batteries are made up of four main parts: the anode, the cathode, the electrolyte, and the separator: 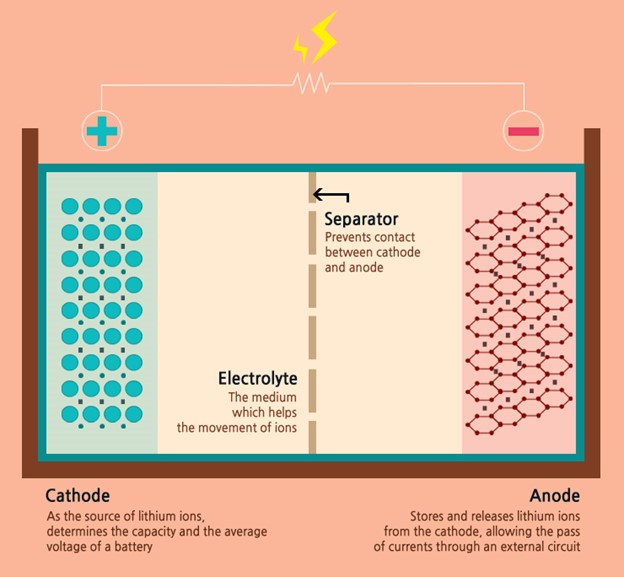 The cathode is made up of oxygen-rich materials. Oxygen is required for fires to burn.

The electrolyte consists of organic solvents, which are highly flammable.

And as the batteries heat up and cool down, they create and release explosive gases.

It’s basically a recipe for disaster, destined to explode without notice or warning…

Yet it’s what we’re relying on to power the future.

Nice While It Lasted

Lithium batteries are found in everything from children’s toys to massive commercial mining equipment.

For five years, nobody really paid any attention to lithium-ion batteries.

But now, with so many of them powering so many devices in so many apartments, houses, and office buildings, people are starting to take notice…

Because those batteries are exploding, causing massive fires and endangering human life.

They’re exploding during shipment on airplanes: 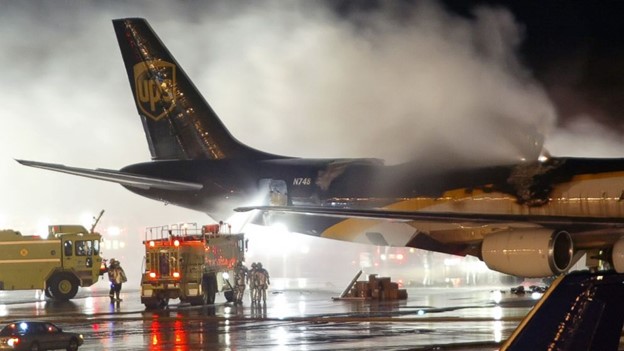 And while people are driving their cars to work: 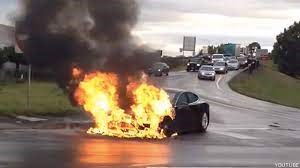 They’re exploding and burning the kids toys they power:

And the bikes locked to light posts across U.S. cities: 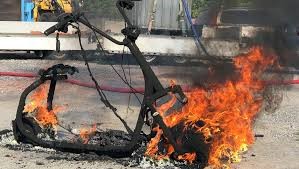 They’re not even safe after you throw them away: 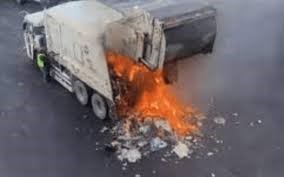 And they’re leading to devastating fires in homes across the country: 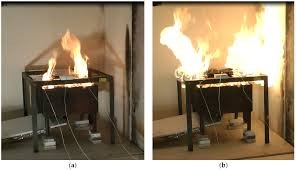 That’s leading the industry to experiment with new technologies that are FAR safer but still provide the same power (just without the bang and burn).

And one company may have the answer in a completely new kind of battery powered by something I call “electric glass.”

It’s been described as the “Holy Grail” of battery design because it keeps the best elements of lithium-ion batteries but does away with the bad parts.

In fact, these batteries can hold even more power in an even smaller space than those volatile lithium-ion ones.

They charge nearly 100 times faster than their explosive predecessors.

They hold their charge longer and store the energy more efficiently.

And, most importantly, they’re immune from the biggest problem plaguing lithium-ion batteries…

They simply can’t explode because they’re not made of explosive elements like lithium-ion ones.

Battery engineers have been working on similar designs since the first lithium-ion battery was created in the 1970s.

And after half a century of tireless effort, this company is nearly ready to debut them in consumer electronics from cellphones to EVs.

Perhaps best of all, the company already has a major buyer for every single battery cell it can produce.

And that buyer happens to be the biggest manufacturer of electric vehicles in the entire world.

It’s really a perfect scenario for the company that perfected the technology...

Electric vehicles are gaining widespread adoption and maintaining momentum as they replace the internal-combustion fleet.

Consumers and investors are looking for products and companies that are helping make the world a “greener” place.

And the public is finally paying attention to the incredible dangers posed by traditional lithium-ion batteries.

All the stars are lined up to give this company and its stock a clear runway for takeoff to stratospheric heights.

And early investors are going to take that ride too.

The only question is: Will you be one of them?

I hope the answer is yes, but you’ll have to make that decision for yourself.