Where Are We Going to Put All This Power?

If you pay any attention to the news, or if you read my article last Friday, you already know that humanity took a massive leap forward last week.

Physicists in the U.S. created net energy through a fusion reaction (fusion being the reaction that powers the sun and stars).

It’s the first time in history that’s happened. Up to this point, it’s always required more energy to cause the reaction to occur than the reaction itself produced.

That’s not sustainable. But net energy production, even one measly watt, is.

And it’s going to lead to the future of humanity as a species. It’s going to usher us into a completely new era as we are able to harness the full energy capacity of our entire planet.

But it’s going to come with a lot of complications…

The biggest of those being where we’re going to put all that energy.

But once you get them going, they’re difficult to dial up or down.

Even with today’s nuclear technology, we keep the reactors running all the time and store the power they generate for when we’ll actually need it.

That’s why you’ll see reservoirs or flywheels or massive batteries next to any nuclear power plant.

Fusion reactors aren’t going to be any different in that aspect.

It’ll be an intensive process to get them up and running and just as intensive a process to dial them back down.

So we’ll likely keep them running and just store the energy like we already do.

We’re going to need to store all that power.

And that presents another complication…

The Only Thing They’re Not Making More Of

In the past (and the present), the way the world has stored power is through what’s called pumped hydro.

It’s a form of hydropower where, instead of damming up a river and flooding a valley, we carve out two reservoirs (one higher than the other by at least 100 meters) and pump water between them.

When we have more power than we need, we pump the water from the lower chamber to the upper one.

And when we need more power than we have, we release the water and allow it to generate energy as it flows through turbines.

That’s great… if you have a 100-meter height difference to work with.

But what if you’re at sea level?

Or what if you’re in a place where water is too valuable to just sit around in reservoirs?

What if you live in the desert?

Or what if you live in a place where it’s below freezing? Water doesn’t flow when it’s a solid.

What are we going to do to store power in those places?

They’re not making any more land, which means we’re not likely to get any extra mountains popping up.

And we can’t just tell people not to live in those places (if we could, we’d have done it already).

Get Used to Seeing These

And we as a species, are in luck!

Because there is such a system… and it’s already being hooked up to power grids around the world.

Between them, California and Texas are in the process of setting up several of these facilities to keep their grids from going dark next time there’s a heat wave or freak ice storm.

The Swiss already have one adding steady, on-demand, grid-level power.

And the Saudis, who live in a place where water isn’t so easy to come by, are going to use it to keep their lights on and air conditioners running during the hottest Middle East summers.

It can be scaled up or down to fit the needs of a tiny town in the Swiss Alps: 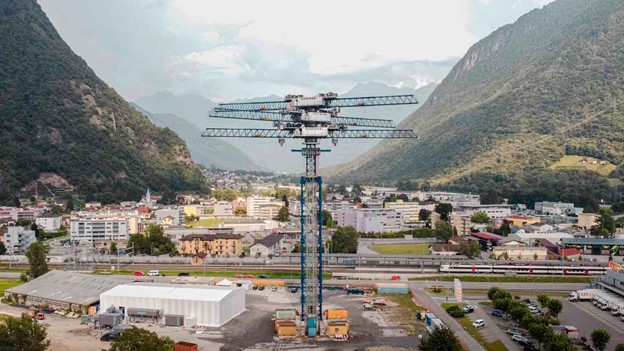 Or it can be scaled up to meet the needs of millions of households like the ones the Saudis will use:

It can store the energy of a handful of windmills in rolling foothills: 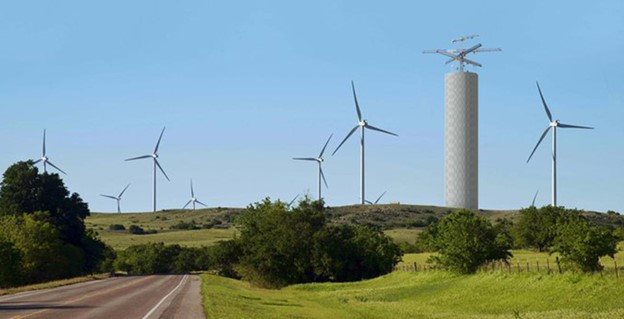 Or it can store the energy generated by hundreds of thousands of solar panels in the desert:

And it’s not going to rupture and cause a devastating flood like the one that destroyed this hydro facility in 2021: 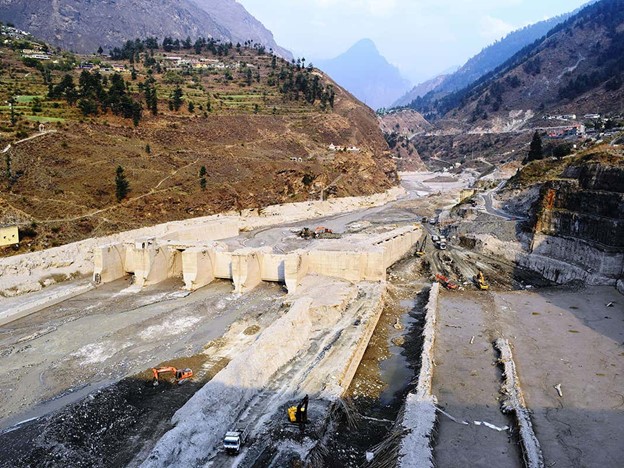 It’s the perfect solution to store the excessive amount of energy fusion reactors will generate.

And you can learn all about it and how to get invested early right here.