In an interview with InsideEVs.com, one of BMW's top electric vehicle engineers stated that in his mind, today's benchmark EV energy storage method — the lithium battery — has reached the limit of its technical capabilities.

“From an energy density point of view, I would say that we’re facing the optimum lithium-ion cell chemistry in an industrialized application [for large markets]. I think it’s peaked," said Simon Erhard, the head of energy, performance, and lifetime for BMW's next-generation battery line.

For an engineer of this level to be openly saying that the current global standard for distributed energy storage isn't going to get any better is more than just a red flag.

It means that every other head engineer at every other EV-maker's research and development department is thinking the same thing.

For investors, this can go one of two ways: the way of fear, or the way of excitement.

For Every Problem... A Narrow Window of Opportunity

Fear because it's very likely — and indeed, almost inevitable — that lithium is going to see a serious and perhaps deadly competitor emerge in the next couple years... completely disrupting the expected steady growth in lithium demand as the world's economies transition to an electron-driven framework.

Excitement because that competitor is going to go from almost unheard-of today to universally recognized in just a few years' time.

This is not a new topic, and there have been plenty of offerings, each trying to beat lithium at its own game, but so far every challenger has fallen short.

Lithium is simply too well known and too well supplied, and the standards are too well established.

More than anything, people simply have nothing else to compare it to.

Whatever comes to replace it needs to be easier to source, as cheap or cheaper to refine, more reliable, longer-lasting, able to hold more charge, and — most important of all, judging by the chief complaint of today's EV owners — it needs to charge faster.

Right now a new technology is emerging that delivers on all of these requirements.

In fact, it over-delivers to such a degree on one performance stat in particular that it will make you wonder if it's a typo. It isn't.

It Has to Be Revolutionary or It Won't Work

Here are just a few highlights to illustrate what I mean:

Now, as impressive as all of this sounds, the most compelling aspect of this next-generation battery is that its chief component, the cathode material, does not need to be mined, refined, or imported in any way.

The magical material replacing lithium is graphene — an artificial, molecule-thick carbon nanostructure that won its researchers a Nobel Prize just over a decade years ago.

Its physical properties are just as mind-blowing as the batteries made from it. It's 200 times stronger than steel, yet a 2-acre sheet of it would weigh less than a gram. It's the best conductor of heat known to man. It's almost completely transparent.

Microchips can be etched directly into it. 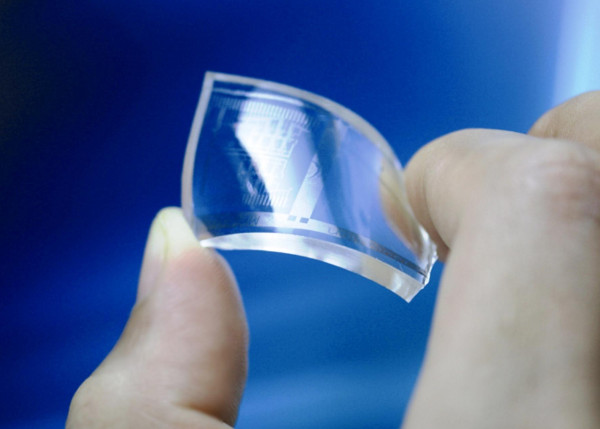 Graphene was once also prohibitively expensive to produce — more than $100 per gram — and was only made in batches big enough for scientific research.

Thanks to the work of a high-tech materials company based in Brisbane, Australia, all of that is now changing.

The same company that designed the battery described above has also perfected a technique to mass-produce graphene at orders of magnitude lower costs.

It can be manufactured to exacting specifications, 100% autonomously, in house, using a proprietary method involving nothing more than natural gas and electricity.

With the Chinese taking over the lithium mining exploration market as fast as their stacks of yuan will allow, sourcing is of crucial importance.

You would expect a company that holds the rights to all of this to be some multibillion-dollar giant with thousands of employees and major facilities across the globe... but that's where you'd be wrong.

This company is young, super-focused, and rapidly developing. Valued at less than USD$200 million as of today, it's barely out of startup stage, but its product is already rolling off the assembly lines.

As you read this, early production-run examples of high-performance graphene batteries are leaving this company's brand-new manufacturing facility, on their way to potential client companies for testing and evaluation.

If Lithium Was Coal... This Is Rocket Fuel

If they perform anywhere near expectation, it will be a game-changer.

Today, the company's stock (yes, it's already public) trades for just a couple dollars, but once things get rolling, it will not stay that way.

Based on today's growth rates, the Li-ion battery market is projected to be worth somewhere north of $200 billion per year by the end of the decade.

This company and its patents have the potential to turn all of those projections upside down.

In the process, its valuation could see an increase of 10x or more in short order, and maybe another order of magnitude by the end of the decade.

Don't wait until Forbes picks this story up. You'll have missed the plane by then.

Get the entire story right here.