$179 billion. It's a sum so huge, the task of merely visualizing it presents its own set of challenges.

Stack it up vertically in $100 bills and it will reach more than 120 miles — high enough to touch a passing low-earth orbiting satellite.

Put that stack on a scale and it would weigh in at 1,958 tons — about the same as a World War II-era destroyer.

Like I said, no matter how you do it, it's hard to put this sort of wealth into context. And yet, one man actually owns this fortune.

Representing the vast bulk of his net worth, Elon Musk's share of Tesla, complete with a recently vested options package (the biggest ever granted to a CEO by a board of directors), now numbers around 241 million shares.

At this morning's share pricing, that stack, reaching deep into the Earth's thermosphere, was worth $178.82 billion.

It's the biggest position ever held by an individual shareholder and the chief factor that allowed Musk to eclipse Jeff Bezos as the world's wealthiest person.

And as of right now, it's all in serious jeopardy.

And this molecule is the reason why: 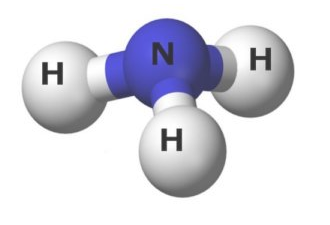 NH3, commonly known as ammonia, is one of mankind's most versatile and environmentally friendly fuels.

It emits nothing more than heat, harmless nitrogen, and water vapor when it's burned, and yet, it was potent enough to power the world's fastest airplane to a speed of Mach 6.7 more than half a century ago.

Best of all, it can be used in existing internal combustion engines with only moderate modifications, allowing motorists to switch back and forth between fuels with the push of a button.

So why hasn't this magical fuel taken over the energy market?

Simple: Because it's too costly to produce, and the byproducts of its production negate any environmental benefits its mass adoption as a fuel would create.

That has been the Achilles' heel of what is otherwise a very real alternative to electric vehicles... but right now, all of that is changing.

A technology has been patented and is already under development for the mass markets. It can produce ammonia at an affordable price using nothing but electricity, air, and water, and it produces no harmful byproducts.

Cars Are Just the Start

This tech is currently undergoing testing in a series of progressively larger production facilities, but soon enough, perhaps within just a few years, we may start to see the first signs of a true paradigm shift in the energy industry.

let me explain exactly how profound of a change I'm talking about.

With ammonia now available anywhere electricity can be created, the opportunity to turn excess power created by renewable energy sources like solar and wind farms into easily and safely storable and transportable fuel is within reach.

This ammonia can then either be sold as fuel or turned back into power through zero-emission generators during peak-hour demand spikes.

It would be the first step in a multi-front attack on the lithium-ion battery industry.

Ammonia, unlike lithium-ion batteries, does not require charging, will not wear out after a certain number of charge/discharge cycles, will not spontaneously catch fire and explode, and is not a major environmental hazard to produce and dispose of after the service life has expired.

Ammonia is already compatible with the 1.4 billion internal combustion engines in operation around the world today.

Add all of that up, and you can see how Elon Musk's 120-mile-tall wallet might be on somewhat shaky ground.

That would have been an option up until a few weeks ago, when one Canadian green tech company went out and purchased this technology, retaining the inventor as part of the new entity created around it.

You've probably never heard of this company because it's not known outside of industry circles. But as of the completion of this acquisition, it owns one of the modern energy sector's most potentially disruptive technologies.

With more than $3.3 trillion annually at stake, it's anybody's guess where this company and its shareholders will be in a year or two... or five.

Shares trade on the public markets already, and as of two weeks ago, under a brand new name and ticker symbol.

I rushed a research report the moment I found out that this technology was getting exposed to the public markets. And right now, it's finally available for you to check out firsthand.

Check it out, right here, right now, at no charge.

Just be warned: The excitement around this stock is intense. Shares have been climbing in price since the new ticker debuted, and I don't know if it's going to let up.

Ultimately, I believe this is a company with multibillion-dollar potential (it's less than $50 million now).

The only real question is how long will it take to get there.