This New Battery Tech Is Taking Over

When the COVID vaccines were rolled out, scientists and scholars alike suggested (at the risk of being labeled conspiracy theorists) that we simply needed more time and more data to determine their efficacy and safety.

But the FDA fast-tracked their approval to immunize the population, ignoring the fact that healthcare is an individualized practice and that people shouldn't be treated as a group until the data shows it's safe to do so.

Well, now that data is coming in...

On June 25, the journal Nature published a study showing that the risk of heart inflammation increased after the second dose of mRNA COVID vaccines mainly in adolescent males...

Inflammation of the heart is something typically seen in older populations, not young, healthy people.

The CDC confirms that "Cardiac complications, particularly myocarditis and pericarditis, have been associated with SARS-CoV-2 (the virus that causes COVID-19) infection and mRNA COVID-19 vaccination."

The CDC still recommends the vaccines for most people, however.

On the other hand, there has been much vaccine misinformation out there.

Earlier this year, a tweet went viral regarding the AstraZeneca vaccine.

The social media post pointed to a research report from the National Administration of Drugs, Foods, and Medical Devices — Argentina's equivalent of the Food and Drug Administration — that said the vaccines contained graphene.

Although the report said, “Graphene is found within its components,” the agency later clarified that the sentence contained a typo...

It was supposed to say, “Graphene is not found within its components.”

Anyone who’s even slightly familiar with graphene knows that if the compound were in the vaccines, we’d probably all be dead.

Marc Mendelson, professor of infectious diseases at the Groote Schuur Hospital in South Africa, said, “None of the vaccines approved for use by the World Health Organization or any other internationally recognized regulatory bodies contain graphite, graphene, or its derivative, graphene oxide.”

The unexpected consequence of this tweet was that search volume for graphene spiked.

And now graphene is one of the hottest trends in the market.

And it's just getting started...

The 2010 Nobel Prize in physics was awarded to Andre Geim and Kostya Novoselov for their “groundbreaking experiments regarding the two-dimensional material graphene.”

Graphene was studied in the 1940s, so it wasn’t the discovery of the compound that earned the researchers the prize; it was the way they isolated it by pulling layers from a lump of graphite with sticky tape.

These are the actual materials the researchers used... 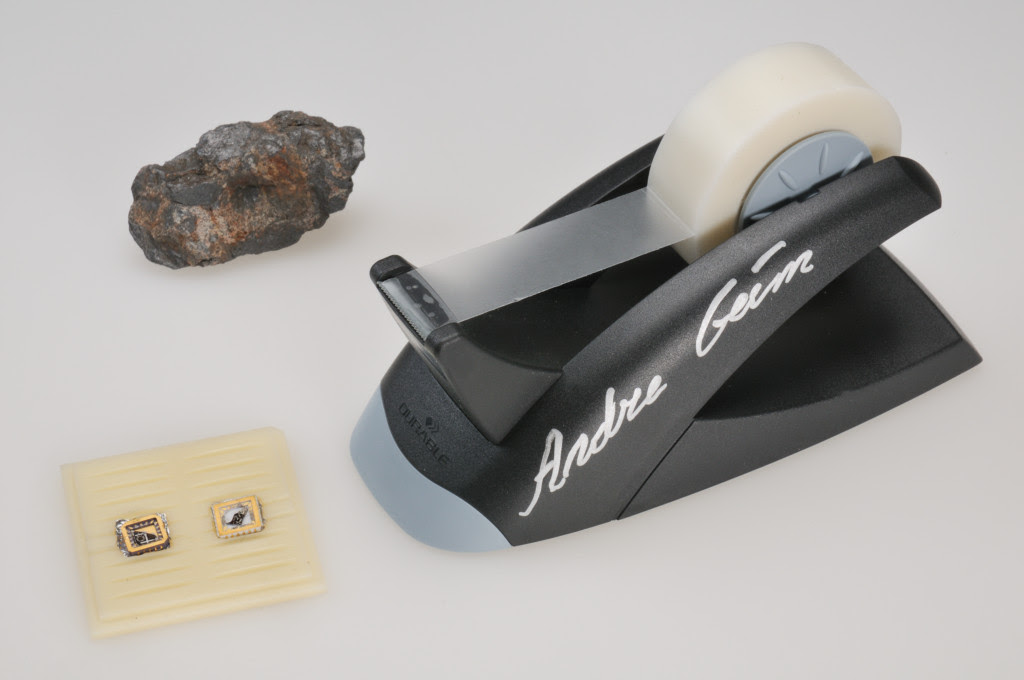 Who knew winning a Nobel Prize was so easy?

The properties of graphene are pretty astounding. Its two-dimensional chemical structure forms a single interlocking hexagonal lattice sheet. This honeycomb structure is one of the strongest chemical structures known to man — 100 times stronger than steel. It’s only one atom thick, so it’s extremely lightweight and flexible. It’s also the most conductive material scientists have ever found, making it perfect for use in batteries.

Even now, it’s hard not to get excited about graphene because it’ll soon usher in a new age of human evolution.

When Will a Graphene Investment Pay Off?

We’re still in the early stages of graphene.

Publicly traded graphene companies are few and far between because mass-producing quality graphene has proven extremely costly and time-consuming.

Large sheets of graphene need to be produced for commercial use. According to American Scientist, “For the remarkable wonders of graphene to be realized, it must be produced in massive amounts — cheaply.”

The most common way to produce large graphene sheets is through chemical vapor deposition (CVD), where copper is heated to 1,000 degrees Celsius and then exposed to methane gas. This causes layers of graphene to form on the copper’s surface, where it can be transferred to a material that needs enhancing. But it takes a very long time, makes only a small amount, and produces toxic byproducts. Not to mention, the quality of the graphene is subpar.

Even though the highest-quality graphene is made from mined graphite, it comes at a cost to the consumer and the environment. And as the world transitions to graphene-based products in almost every industry, the U.S. will have to answer to China, which holds the most graphite reserves. 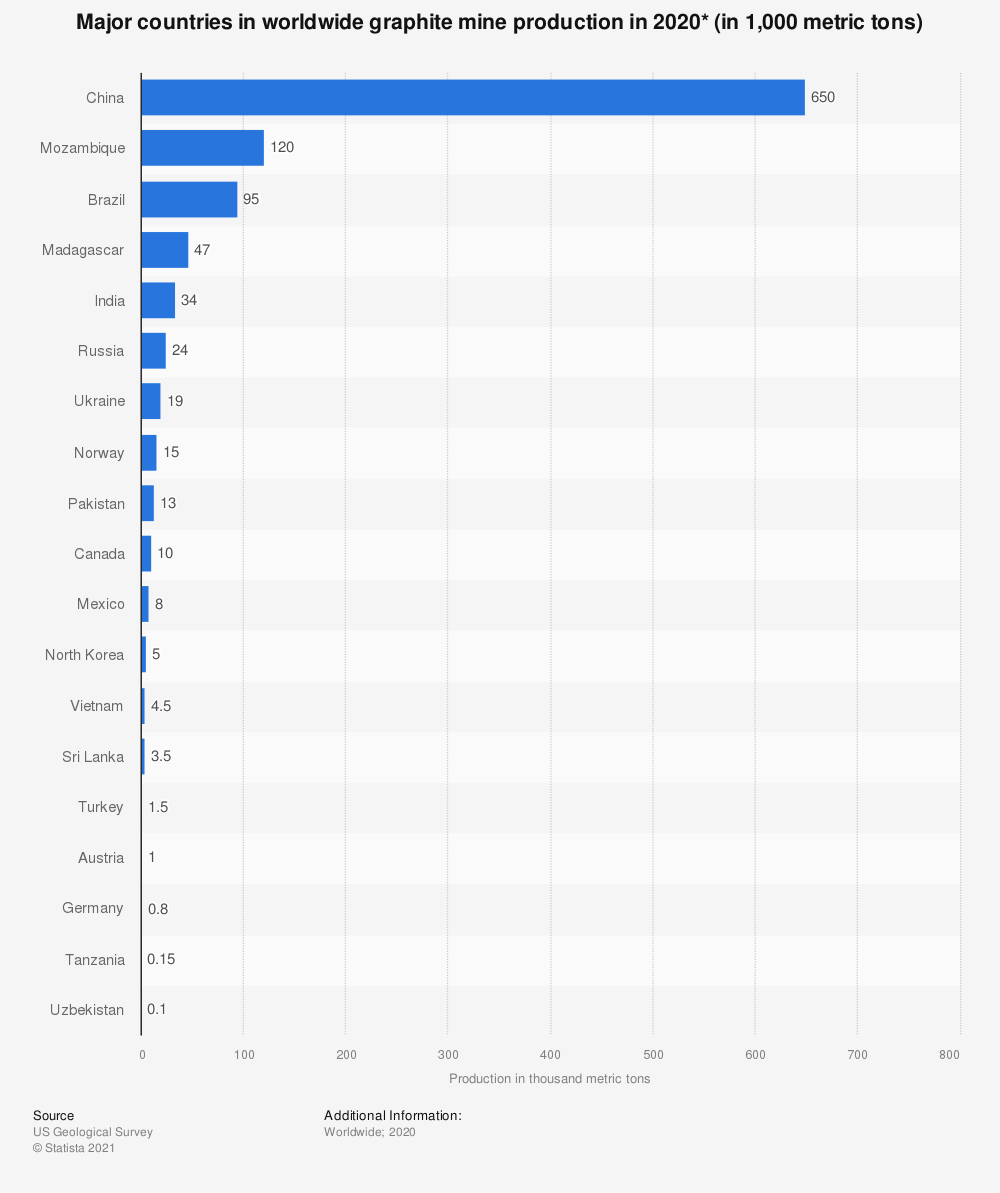 So new companies must find innovative ways to produce graphene cheaply and efficiently in order for the trend to take off.

Place Your Bet on Graphene Now

Many companies are already mixing graphene into their products.

Vorbeck Materials makes harnesses and graphene-laced wearable electronics for the military. The company also experiments with graphene rubber and even ink, with the hope that medical companies will incorporate graphene tattoos to keep track of a person’s vital signs, including hydration and skin temperature.

Researchers at MIT 3D-printed graphene building blocks that were 10 times stronger than steel at 1/20th the weight.

After a decade of floundering, it looks like graphene is finally making good on those promises as a wonder material.

The most exciting application for the near future is in next-generation rechargeable batteries.

Because graphene is highly conductive, it can reduce charging time, extend range, and remain cooler than any current battery.

Companies like Samsung and Huawei are already experimenting with a graphene-enhanced lithium-ion battery that lasts 50% longer and stays cooler than its lithium counterpart.

Needless to say, the electric vehicle market is champing at the bit to get its hands on these batteries. In fact, in 2014, Elon Musk said Tesla was looking into a graphene battery but that it would increase the price of its cars.

So, again, in order for a graphene battery to take on widespread adoption, it needs to be cheaply produced.

Not to mention, with the European energy crisis in full swing, the world needs an energy savior.

It uses a new graphene production method that makes a clean, high-quality product more cheaply than anyone else out there.

Best of all, it produces graphene right here in the U.S. — no need to rely on China's resources.

Here's an in-depth look at the current state of the graphene industry and the one company disrupting it.

This is the only graphene investment you'll ever need.

P.S. Check out our newest episode of the Angel Research Podcast. This week, Angel Publishing President and Founder Brian Hicks reveals how he’s getting paid to invest in energy. Enjoy!