That's why the richest men in the world are ALL betting on it...

There’s long been a push to shift the world’s energy consumption away from traditional fossil fuels and toward renewable, or “green,” energy sources.

And with a Congress and White House controlled by some of the loudest proponents, it looks like the U.S. is on the brink of a massive energy infrastructure overhaul.

The powers that be want us running on renewable energy, and they want it done yesterday. But unfortunately for them, there’s one major issue holding back universal use of renewables.

And that’s the fact that renewable energy needs to be used the instant it’s created. It’s not like oil, natural gas, or the dreaded coal. You can’t produce it and then save it in tanks or warehouses or piles on the ground.

You’ve got to store it in batteries. And batteries aren't big enough, powerful enough, or reliable enough to store the kind of energy you’d need to run a city.

You see, the current battery technology is decades old. It’s the best battery tech we’ve ever invented up to this point. And it’s led to millions of technological breakthroughs.

If it weren’t for lithium-ion batteries, I wouldn’t be able to write this article on my laptop. I wouldn’t have been able to check my messages in the office parking lot from my cellphone either.

In fact, if it weren’t for lithium-ion batteries, most of our favorite electrical devices would have to stay plugged into an outlet at home.

We wouldn’t have cellphones or tablets. There would be no cordless power tools. Your kids wouldn’t even be able to play with a remote-controlled car.

Lithium batteries are an amazing piece of technology. And when they were invented years ago, they represented a quantum leap forward in tech.

But they really haven’t changed since their conception. And now we’ve got devices we want to power with batteries that are just too demanding for the batteries we’ve got.

Earlier this week, I pointed out some of the drawbacks of lithium-ion batteries: They’re bulky and heavy, they take forever to charge, they lose capacity every time you charge them, they’re prone to randomly exploding, and they’re incredibly expensive.

But for all that size and price, they’re not really all that powerful. Most EV batteries give the car about 300 miles of drive time before they need to be recharged. And they take hours to recharge.

So if you’re on a long road trip in an EV with even the best battery Tesla has to offer, you can plan for an eight-hour nap every 300 miles.

Now, I don’t know about you, but I’ve driven cross-country before. And 300 miles a day just doesn’t cut it unless you’ve got a month to make your trip.

That’s why EVs still make up such a small percentage of the global fleet. They’re just not as good as cars with internal combustion engines.

They won’t go as far. They’re not as powerful. Every time you charge them, they lose capacity. And the batteries are expensive to replace (and you will have to replace them unless you want to buy a new car when they die).

And that’s just the electric vehicle industry. If these batteries aren’t powerful enough to make cars competitive, you can bet they’re not good enough to get everything else electrified.

Just think about how much power an average home consumes (30 kWh per day in the U.S.) and then multiply that by the number of households in your city.

Here in Charm City (a relatively small city as far as cities go) we’ve got about 240,000 households. That means we’d need 7.2 million kWh worth of energy storage to power just the households in Baltimore for one day.

To put that in perspective, let me show you a picture of the biggest battery in the world: 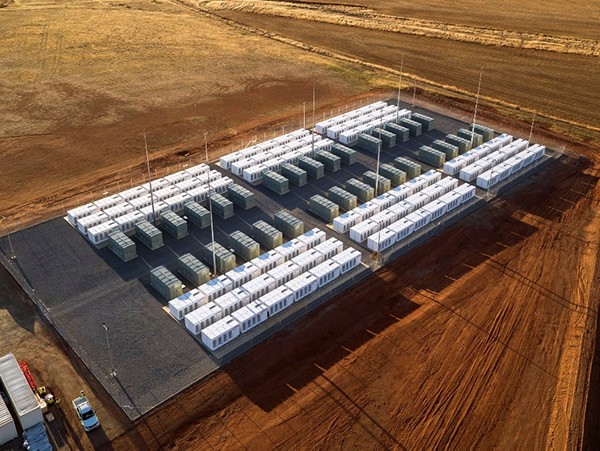 That’s a battery built by Elon Musk's Tesla in Australia. The company built it to prove you really can power a city with a battery.

That means we’d need at least eight of those football field-sized batteries just to power a small city like Baltimore. In case you don’t live in a city, not many of them have eight football fields’ worth of empty real estate to accommodate gigantic batteries.

And that means that, at least with current technology, Baltimore (and every other city bigger than 30,000 households) will NEVER be running on batteries.

But that’s with our current technology. And I’m actually still hopeful Baltimore will be battery-powered in the near future.

That’s because one small, relatively unknown company has developed what’s been described as “the holy grail” of battery technology.

It’s convinced it’s solved all of the issues holding lithium-ion batteries back. And it’s got mountains of proof that its technology works in a lab.

Now all it has to do is bring its product from the lab to the factory. And as soon as it does that, it’s got one of the biggest automakers in the entire world lined up to be its first customer.

It’s batteries last longer than the very best Tesla (or any other company) has to offer. They charge to almost full capacity in just 15 minutes instead of the hours it takes for lithium-ion batteries. And they hold their charge and their capacity for far more cycles than the batteries out there now.

They’re poised to not only disrupt the entire EV industry, but also unleash a tidal wave of wealth creation across dozens of industries. I’m talking about a potential $14 TRILLION windfall.

But the thing is, not many investors even know this company exists. It’s been developing its technology so secretively that even though it’s been around for over a decade, I’d estimate 87% of investors have never even heard its name.

But that’s all about to change. And that’s why I’m telling you about this company and the problem it’s solving.

You see, I’m convinced that we’re at the brink of a massive rally for this company’s stock as more and more investors catch on to the immense value packed into this tiny package.

And I want you to get invested before the majority of the profits are already taken.

I want you to be sitting around 10 years from now reminiscing on that one trade that catapulted you to a lifestyle you’d only ever dreamed of having. I want you to use this company’s technology to pay for your retirement, your kids’ college funds, even your grandkids’ weddings.

I want you to create a family legacy that will last for generations. And I’m convinced this company has what it will take to do that.

So I’ve put together a short presentation detailing the problem, the opportunity, and the company that could unlock a tsunami of wealth for well-positioned investors:

I’d like for you to take a few minutes out of your day today to check it out. It’s very brief and to the point. It’s got all the information you’ll need to make your own decision about this company.

I’m sure that after hearing what this company’s already accomplished and what I’ve uncovered in my research, you’ll agree that this is one of the best investment opportunities you’ve ever seen.

But There's Not Much Time

That’s why I’m encouraging you to take a little time today and hear what I’ve got to say. But I have to warn you not to wait too long.

Opportunities like this don’t come often. And they don’t last long. With every investor who sees the potential packed into this company, the price will go up and your potential profits will get smaller.

So take a little time today and view my presentation. Or you can access a written report with all the same details by going here.

The most important thing is that you get the information right now so you can make your decision before all the profits are gone.

Click here and let me guide you to a potentially life-changing investment.