This Device Can Save the Collapsing Auto Industry

I scrolled through Disney+ to find a good movie this weekend and was pleasantly surprised by the wide array of content on the platform. Maybe I’m biased because it’s now got The Princess Bride, my favorite film. But I also stumbled upon Who Framed Roger Rabbit. I hadn’t seen it since I was a kid, so I decided to give it a shot.

Aside from being a marvel in animation, it’s a social commentary that I didn’t pick up on as a kid. The plot surrounds the murder of Marvin Acme, owner of the Acme Corporation and Toontown, a fictional world inside Los Angeles where cartoon characters work alongside real people to make cartoons. Roger Rabbit is framed for the murder of Marvin Acme, and disgruntled private eye Eddie Valiant must reluctantly prove Roger’s innocence.

Through the investigation, Valiant reads a newspaper article showing that just before Acme’s death, a mysterious corporation called Cloverleaf Industries bought the Pacific Electric streetcar transit system that runs through the city. It’s later revealed that Toontown’s evil Judge Doom is the sole stockholder of Cloverleaf, and he wants to destroy Toontown and replace the public transit system with a freeway, thereby monopolizing the roads so he can profit. Even now, I didn’t pick up on this plotline until someone pointed it out to me, but the movie’s commenting in part on what’s called the Great American Streetcar Conspiracy.

The conspiracy theory goes that National City Lines — a company controlled by General Motors, Firestone Tire, and Standard Oil — bought up all the streetcars in the U.S. so it could dismantle them and convert all the rail lines to bus lines. The company would profit through producing the buses and the tires and oil to run them. But the issue is far more complex than just some evil corporation trying to profit by destroying public transportation.

And in many ways, the U.S. is at another transportation crossroads. The U.S. automobile industry is rapidly crumbling before our eyes. For proof, just look at the dumpster fire over at Carvana (NYSE: CVNA). It's down nearly 100% this year! 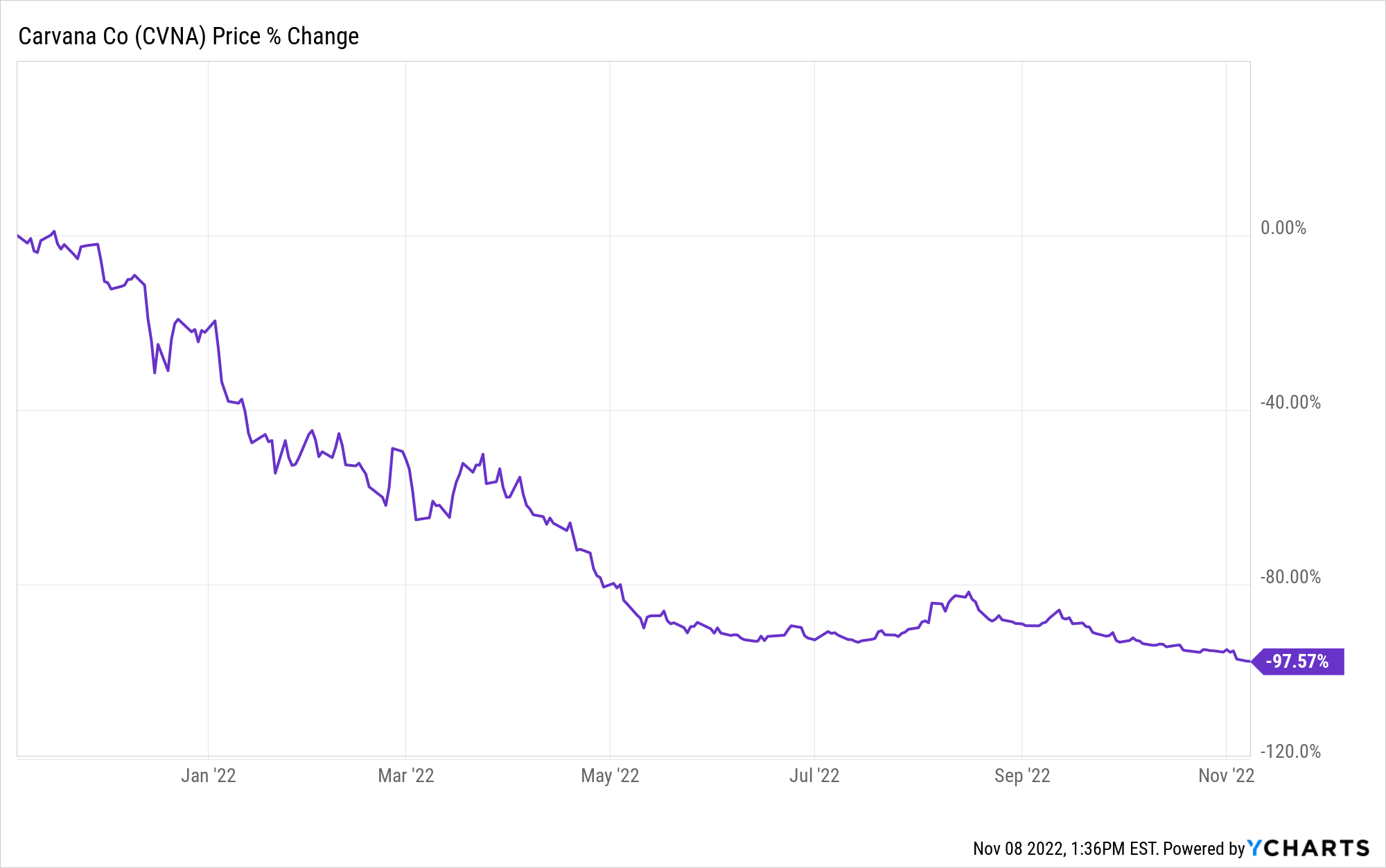 Gas, maintenance, parts, new and used prices... it's all unaffordable to the average person. And now that some states are even mandating that car manufacturers switch to selling only electric vehicles in the future — which are considerably more expensive than their gas-burning counterparts — the auto industry might be dismantled just like the streetcar.

By the early 20th century, streetcars had become deeply entrenched as a mode of transportation. Nearly everyone commuted on the streetcar. They were cheap, as you could get across town for only a nickel. They offered steady employment to the streetcar operators. And they offered a sense of stability, security, and community.

Our very own Baltimore has a rich streetcar history. According to The Baltimore Sun, in 1885, Baltimore was the first U.S. city to run a commercially operated electric streetcar. 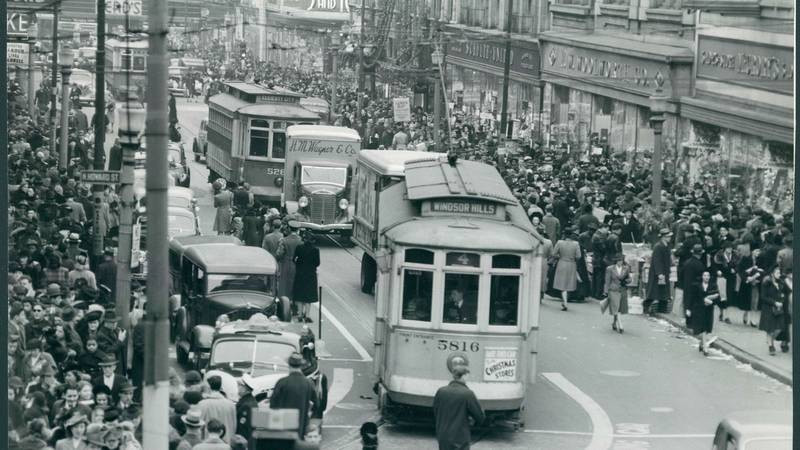 The rail line ran all the way from Dundalk to Ellicott City. A few of these marvels still exist, and you can even ride one at the Baltimore Streetcar Museum off Falls Road.

But by November 1963, the Baltimore streetcar system had completely shut down. Now, it’s easy to look back on the old system and say we should return to it or that a few corrupt corporations destroyed it out of greed. But the downfall of the streetcar is far more complex.

And just as what's happening today, the blame can be traced back to greed and poor decision-making.

While it’s true powerful interests were profiting from the fall of the streetcar industry, it really imploded on itself.

The businessmen who ran the streetcars were called “traction magnates,” and according the Vox, they consolidated ownership and created corrupt monopolies. The city governments allowed the monopolies to exist as long as the magnates signed a contract requiring them to maintain the pavement around the tracks and keep their fares artificially pegged at $0.05.

It’s not hard to see that after inflation started taking off around WWI, these streetcars wouldn’t be able to stay in business. Not to mention, once cars started hitting the roads, it was nearly impossible to get around.

While it’s true GM-backed National City Lines lobbied for control over the industry, the conglomerate dismantled only roughly 10% of the rail lines. GM merely took advantage of the inevitable. So in terms of a great streetcar conspiracy, Bloomberg notes...

Suffice it to say that the most charitable conclusion one can draw... is that the situation was far too complicated to reduce to a conspiracy. That's not to say various auto interests and public policies didn't influence the trajectory of streetcar travel or cheer the mode's demise. They certainly did. But the idea that a single company coerced the entire conversion spoils a potentially enlightening discussion with simplicity.

Today, with the auto industry in full-fledged crisis mode, the automobile as we know it could be changed or replaced altogether.

What we can take away from this story is that controlling people's movements though transportation is an ever-changing but extremely profitable business.

And just like what happened with the streetcar, today the government's expansive EV mandates are creating a mobility crisis. U.S. consumers are being priced out of automobiles, and along with them, the carmakers themselves are going bust.

Unless someone or something brings the costs down, there's only going to be more pain ahead.

That's where the "smart motor" comes into play.

It reduces energy costs, improves power, and increases the durability of engines.

My colleague Alex Koyfman just published a new report on the device for his readers.

This "smart motor" could be the failing auto industry's saving grace.