Okay look, I know... When you hear the word "solar" these days, you probably think more of scandal, disappointment, unrealized promise, and insolvency than anything else.

The highly publicized and sensational implosion of Solyndra, which went belly-up along with more than half a billion dollars of federal loan money, put a dark cloud over the entire industry — and the Obama administration — just three years ago. 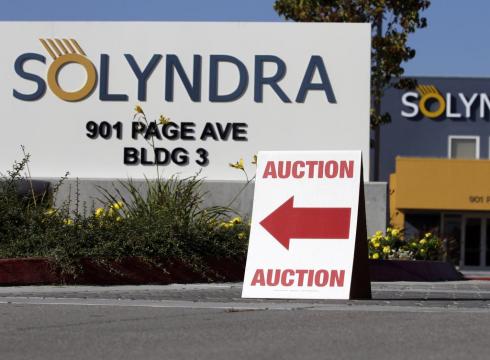 Since then, solar has been wearing a scarlet letter of sorts. But as the case often is when it comes to investing trends, there may be more emotion than rationality behind this stigma.

Proponents of solar power often cite this one fact: that every 40 minutes, the amount of solar energy hitting the Earth's surface is equivalent to the total annual global energy demand.

Pretty amazing fact when you think about it... Unfortunately, that fact is nothing more than attractive gift-wrapping for some very sobering and unpleasant realities about solar energy.

For one, our current technological capabilities are so far behind that even with this almost infinite source of free power, we're only able to convert a small fraction of what we need into usable energy.

All of that, however, may be coming to an end very soon — and the key innovations that might help to get us there are the products of a company few have heard of.

Let's step away from the dark, drab realities for a moment and imagine a world where solar power lives up to its promise.

The Reality of What's Possible

Imagine solar cells that not only produce twice as much power per square inch as anything that came before them but are also completely transparent.

So transparent, in fact, that they're almost impossible to distinguish from a standard window. 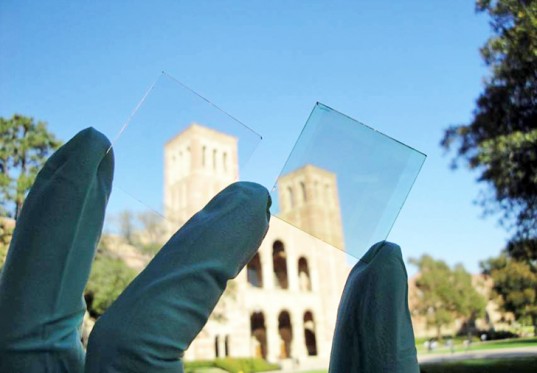 Imagine solar cells that can turn even artificial ambient light — like the kind produced by street lamps, for example — into power.

Image solar cells that aren't installed but rather sprayed in liquid form onto any surface — and for a fraction of the cost it takes to install far less efficient, bulkier standard photovoltaic panels.

Now, imagine that this company, like Solyndra, is in collaboration with the government, but the government has plans to adapt this technology to turn things like aircraft canopies into power-producing elements — making this product unique in ways the people at Solyndra never dreamed.

Well, you can stop imagining, because this company isn't a theory or a pipe dream. It's quite real, and its technology has already been tested and confirmed to be capable of everything I just described.

Recycling Already Used Energy: It's What They Do

But that's not all it does. Not even close.

Not satisfied with these advancements alone, this company has gone a step further and pioneered a wholly independent technology that turns everyday streets and highways into power stations, generating electricity from the energy shed by cars and trucks as they brake.

When I first heard about this firm, I wasn't sure what to make of it. But I've decided the best way to think of it isn't as a solar company but as a tech company.

Its business model, which may be something of a universal model for tech start-ups in the 21st century, is more basic and more fundamental than any "solar" company I've ever seen.

Its products, simply put, take ambient energy already in existence — either in the atmosphere or on the ground — and harness it for reuse...

Turning free, chaotic energy into something we can all use.

If that's not groundbreaking, I don't know what is. Moreover, it's extremely prospective and potentially profitable to levels I find hard to quantify.

But here's the best part of the equation...

Don't Wait for the Press Releases

At this point, this company is a pure development-stage tech firm — meaning, basically, that it's still spending money on research and development and not bringing anything back into its coffers.

Because once the contracts start coming, the revenue materializes, and the licensing fees, royalties, and everything else that goes hand in hand with introducing a new industrial standard appear, this little company will become a brand name.

And that's when the investment world will embrace it as the new darling of 21st century technological enlightenment.

However, by the time that happens, all of the major gains will have already been realized by investors who took the swing when it was just starting up.

I don't know about you, but I always prefer to fall into the latter group. Getting investment ideas from the cover of the New York Times is like making a bet on a horse that's already won — it's pointless.

But I know — you probably need more convincing, right? Well, I just recently completed a detailed report on this company that will give you every last piece of information you need to really see the potential.

You'll get the facts, the headlines, the numbers, and the projections. And it's yours absolutely free of charge.