There’s no longer a question of whether we’re in a recession. I mean, look at this chart of the Dow over the last year. The days look like the beginning-of-a-recession-ish to me... 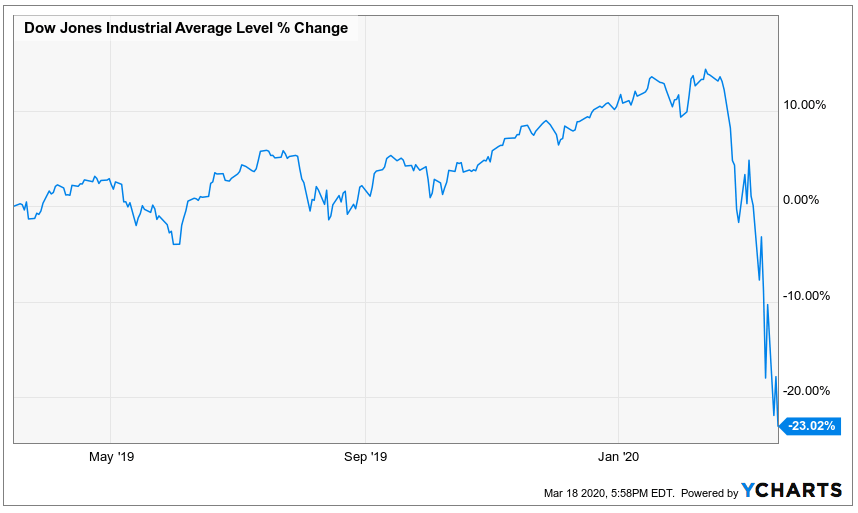 And the stock market isn’t the only indicator that the coronavirus recession is upon us.

Bond yields have fallen to historic lows, with 10-year Treasuries briefly paying just 0.38% last week. And by some estimates, over 10% of America’s workforce was temporarily or permanently laid off because of emergency business closures across the country.

At this point, the question is how bad this recession will get, how long it will last, and which companies might not survive it.

One company that has been in a long, decline independent of economic conditions is JCPenney. It has lost almost 99% of its value from a decade ago. I know, that reads like a misprint, but look at the graph. 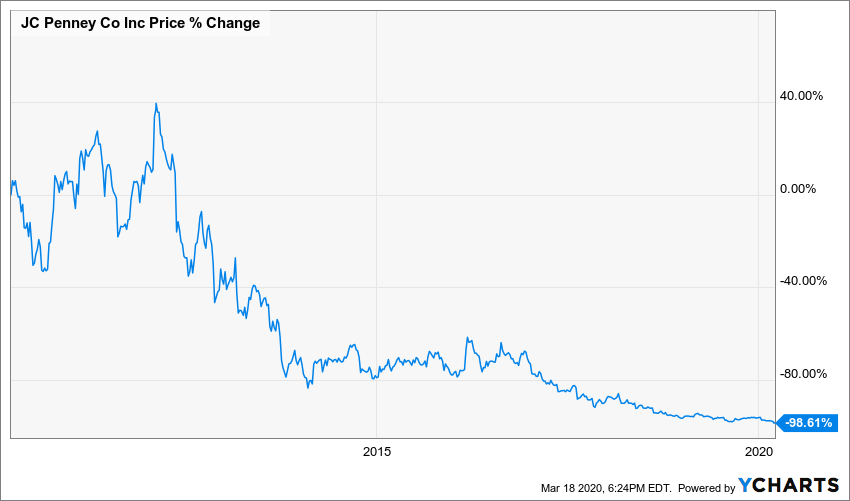 The once-mighty retail chain never recovered from the disastrous tenure of Ron Johnson, a former Apple executive who was hired as CEO in 2011 to reinvigorate the brand after the slow years of the Great Recession.

Johnson made a series of terrible marketing decisions that have since become something of a “what not to do” business parable.

He alienated the firm’s bargain hunting customer base by eliminating sales and coupons, leading to a 40% decline in holiday revenues year over year, and ran up billions of dollars of debt.

JCPenney’s board fired Johnson in 2013, but the damage had already been done. He left the firm with negative earnings, a debt-to-equity ratio of almost 400% (which has only risen since then), and a free-falling share price.

Last year, that share price crossed an ominous milestone: It stayed below $1 for 30 consecutive business days, triggering a warning from the New York Stock Exchange. JCPenney only has a few months to get its price above $1 or it will be delisted.

Management has proposed a reverse stock split to quickly bring the firm back into NYSE compliance, but it’s unclear how effective that solution would be in the midst of a severe bear market.

General Electric was once a company that manufactured and commercialized the inventions of its founder Thomas Edison —most famously the light bulb.

Today, it still does some in-house manufacturing of high-tech products like jet engines and medical devices... but otherwise it’s more of a financial services company than anything else.

And it’s not a good financial services company. Like JCPenney, it had already lost most of its market value before the coronavirus recession… 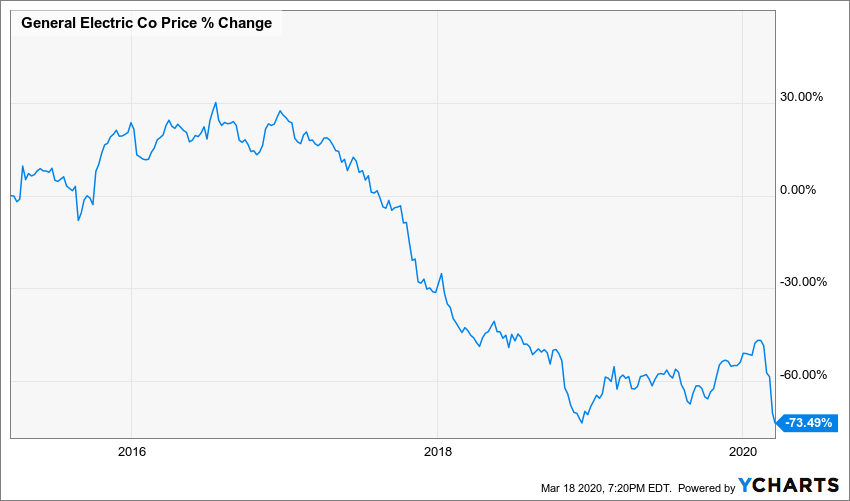 In the 1980s and 1990s, CEO Jack Welch sold off, closed, or downsized many of GE’s factories — and grew the company’s insurance, lending, and real estate operations many fold. In particular, he helped the firm build a long-term care (LTC) insurance business during this time.

This insurance business, which was the subject of accounting fraud claims last year, could face massive losses if enough of its policyholders, who are elderly and in poor health, get sick with COVID-19.

After all, a person who requires long-term care is also a person who could be sent to the ICU by the coronavirus infection. GE could foot all of those ICU bills.

And it’s not clear that the company can afford an extraordinary expense like that. The firm has consistently lost money in the last two years on an earnings basis and has a debt-to-equity ratio north of 320%.

I know, I know. Sharing a negative opinion about Elon Musk’s electric car is about as polarizing as telling you who I’m going to vote for in the upcoming presidential election.

I’m not going to share my personal political beliefs with you in this article, but I am going to share the reasons why I don’t think Tesla will survive the coronavirus recession.

Let’s start with a graph — specifically, the graph of Tesla’s earnings per share throughout its history as a public company. Notice anything funny? 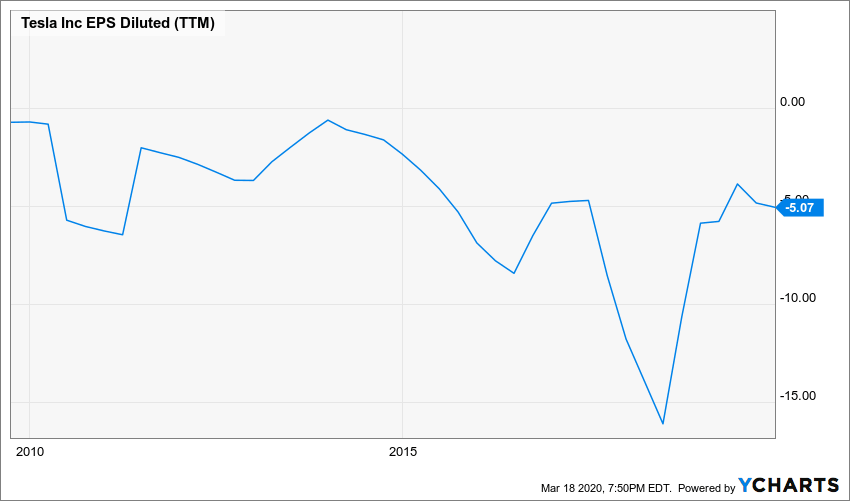 That’s right, the line has never gone above zero, nor does it even seem to trend toward zero with any consistency. Tesla is, at the time of writing, a $67 billion company that's never turned a profit and doesn't to be anywhere near doing so.

The company also shares an undesirable quality with the other two profiled here: It has a large amount of high-yield debt. Tesla has appeared on the S&P Global Weakest Links list — a table of the companies at the greatest risk of default — since September of last year.

A few months ago, it would've been unthinkable to suggest that large companies are on the brink of bankruptcy. But a few months ago, COVID-19 didn’t exist, and the world was a different place than it is now.

But even in this brutal coronavirus recession, there are opportunities for gains. Luke Burgess and Christian DeHaemer have been tracking those opportunities for their Bull & Bust Report subscribers — and they’re still up more than 70% on several recommendations. Click here to learn more.