The Winklevoss Twins and the Bitcoin Revolution

Will a Regulated Exchange Boost Bitcoin? 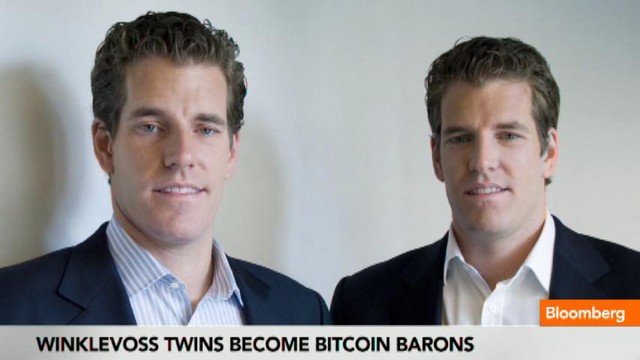 Famous for claiming they created the idea for Facebook, Cameron and Tyler Winklevoss are hard at work creating what they are calling Gemini – the “Nasdaq of Bitcoin.” If they succeed, it will be the first regulated Bitcoin exchange in the United States. The twins have stated that they expect Gemini to be “more impactful” than Facebook.

Of course the twins aren’t the first ones to try this. One contender has already been sanctioned by the SEC. BTC Trading Corp. got dinged for nearly $70k for making trades without registering its venues as broker-dealers or stock exchanges.

Then there's MPEx, which is an exchange where securities contracts can be settled in bitcoins. This is interesting, if cryptic.

There's Crypto::Stocks, which is a crowdfunding platform that brings together folks who support each other with investments using Bitcoins, Lifecoins or Devcoins. And of course, we can't forget Overstock CEO Patrick Byrne, who is now creating his own Bitcoin-like stock market, code-named “Medici.”

The potential benefits of a decentralized stock exchange are many, including greater participation through lower fees and fewer loopholes.

Now post housing bubble, there is no other widely available, effective way for the middle class to build wealth. No one does it from wages. While in in 1970’s, top earners got their wealth from wages and bonuses, now they build wealth through financial instruments. Interest, dividends, capital gains and rent make up a quarter of income for the average one-percenter. These households control nearly half of all stocks and mutual funds.

What that means is that while half of America is locked out of the current biggest wealth producing mechanism in this country, three-quarters of America's one-percenters will still be one-percenters next year. That’s part of why every year fewer and fewer Americans move into a higher class than their parents. Today, there are many other wealthy countries where it’s easier to move up in class.

Democratizing Wall Street the same way bitcoin can democratize payments is a wonderful dream. The question remains, can an SEC-regulated exchange meet that promise?

“Nope,” he tells me over Facebook chat. “But it could make a lot of money. Which will attract a lot of other money which will help make Bitcoin go mainstream and the competition and the market will drive the greater good.”

“The SEC does not allow free markets, the feds will turn the ETF into another Wall Street-run cesspit with federal insurance, Dodd Frank, etc.”

True to form, the New York State's Department of Financial Services is drafting a ‘BitLicense’ to supposedly protect consumers, prevent money laundering and enforce cyber security. In reality, licensing and money laundering laws have been shown to be costly failures.

Only time will tell whether new regulations work any better than old ones, and whether a regulated exchange is any more accessible to everyday Americans.