The Truth about Unemployment Rates 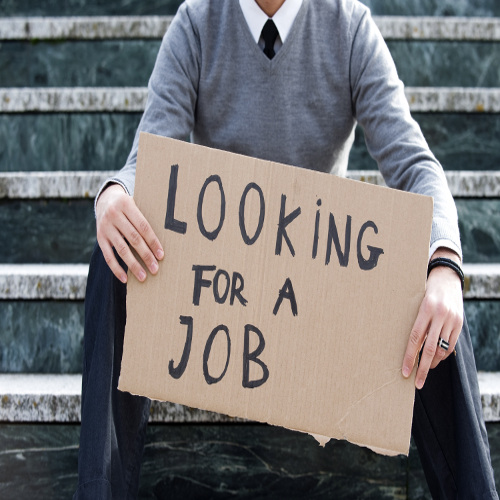 The latest jobs report came out on Friday.

The big news is that the unemployment rate went down to a six-year low of 5.9%. There was a surge in hiring in September, as employers added 248,000 jobs. The July and August numbers were also revised upward.

Obama wasted no time in celebrating the numbers, claiming that part of the good news is due to decisions that he and his administration made early on in his presidency.

Of course, things are a bit more complicated than that. Before we get excited about an improving economy, we need to consider some factors.

These are the government’s job numbers, so we have to consider that they are somewhat biased. There are over 7 million people who are working part-time jobs, but who would prefer full-time work.

We must also consider that real wages are stagnant at best. If you consider the disastrous healthcare system, including Obamacare, health insurance premiums are skyrocketing. So if you include this into salaries, then overall wages are going down quite a bit.

In other words, if wages are going down, then the market should clear to at least some extent. It is certainly better for people to be working and making less than not working at all, but this is not some great celebration when you take it in context.

We must also consider than the Federal Reserve has quintupled (five times) the money supply over the last 6 years. It has also maintained a policy of near zero interest rates. This has certainly fueled something of an artificial boom, meaning that some of the jobs created are likely a misallocation of resources based on false signals. In other words, it will likely reverse at some point when the artificial boom is exposed.

Perhaps the most shocking thing about these statistics is the labor participation rate. The number of adults in the United States who are working has fallen to just under 63 percent. That is down from about 66 percent before the 2008 recession.

This low rate is the lowest it has been since 1978. For 36 years, the percentage of adults working has been higher up until now.

So how is there such a low labor participation rate and yet an unemployment rate that has gone down below 6%? Obviously, there are more people who are not officially looking for jobs, which actually helps bring down the unemployment rate.

The problem here is that we don’t know why there are so many less people interested in working. Is it because spouses are making so much more money? This would have to be a small minority of people, since wages are stagnant.

Is it mothers choosing to stay home and homeschool? Is it people working jobs under the table and just not reporting it? Is it people going back to school full time?

I imagine that it is a combination of many of these things. I can imagine a scenario where a mother might be able to get a low paying job, but she decides to stay home with her kids and save the daycare expense, assuming that the family can get by with her husband’s income alone.

There is always a cost-benefit analysis and most families will do it, even if not formally on paper. Why would a mother work for $60 per day when it costs $40 per day to send her child to daycare? It is a rational decision not to work.

While we may be able to celebrate that there are a few more mothers staying home with their young kids, we have to ask if it is happening naturally or because of government.

The government and central bank are to blame for the unemployment, the low wages, and the lack of job availability. The government has managed to get millions of Americans who no longer want to work because they see more of a benefit of not working. Or they can find better work that doesn’t get reported to the IRS.

The unemployment/ jobs picture is a lot different than what is being played in much of the so-called mainstream media. The unemployment rate has improved a bit from 5 years ago, but that isn’t saying much. It is not as rosy as it sometimes appears.

This is not to blame it all on Obama, although he certainly shares a large part of the blame. He definitely shouldn’t be going around bragging about the low unemployment rate. By the time he is unemployed, the numbers may look worse than they already are.