The Good, the Bad, and the Ugly of the GOP Tax Reform Plan

By this time next week, it’s quite possible that we’ll have a new tax plan. Republicans in the House and Senate are rumored to have agreed on some major differences between their two plans, and the president is calling for an approved version to be on his desk by next Wednesday. 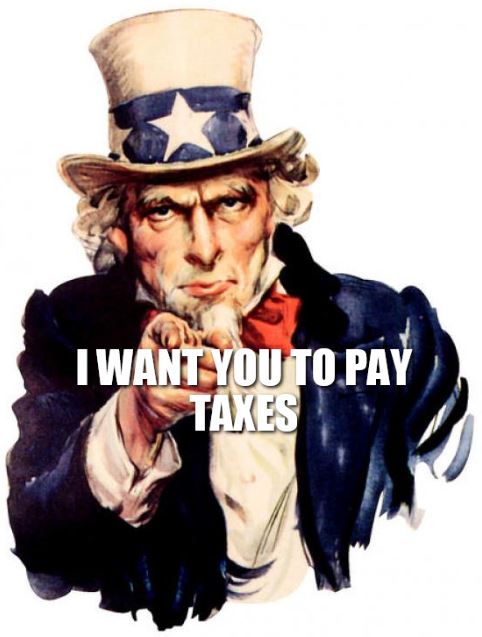 There are still some hurdles to jump. But the major ones have already been cleared, and now they’re more like speed bumps on the way to a final deal.

I’ve got to be honest. I didn’t think the GOP could get this to happen. The party has been split over every other major policy. And it hasn’t been able to get anything substantial through either part of the legislative branch — even with a majority in both.

But it looks like this is going to happen. And, contrary to what politicians from both parties would like you to believe, there are some good and bad parts to this reform.

Democrats would have you believe it’s the worst thing to happen since smallpox. And Republicans want you to think it’s the best thing since sliced bread.

Of course, everyone’s going to have a different opinion on these sections of the tax reform. These are mine…

First off, the corporate tax rate is getting slashed. Currently, it’s at 35%. That’s a lot higher than many other countries. That’s why American corporations have so much cash stashed offshore.

Now, the left wants you to think that lowering the corporate tax rate is just pandering to big business. And it sort of is. But those big businesses have trillions of dollars just sitting in bank accounts in other countries. And it’s not helping the U.S. economy at all having it there.

Lowering the corporate tax rate to 21% — which seems to be the number both branches of Congress have agreed upon — would encourage them to bring that cash back home. And that’s good for average Americans.

These are companies like Cisco, IBM, Apple, and Alphabet. If you’ve got a retirement account of any kind, chances are high that you’re a shareholder in at least one of them.

And when companies have a windfall of cash, there are only a few things they can do with it. They can reinvest in the company — expand operations, increase research and development, acquire other smaller companies. They can buy back shares of their stock. Or they can pay the funds out to investors as special dividends.

Chances are they’ll do all three. The amount of money these companies are sitting on is massive, too big to just use for one of them. So, we’ll likely see some growth as far as their businesses go. We’ll also probably see increased share repurchase programs — that’s money back in our pockets. And we’ll also potentially get paid some very nice special dividends. We might even see the regular dividends some of these companies pay get hiked, some by as much as 50%.

I don’t know about you, but when my investments grow and pay me cold, hard cash, I think that’s a good thing.

There are some other beneficial parts to the GOP’s plan: lowering the income taxes for each bracket, repealing the Obamacare individual mandate (where you get fined if you don’t have insurance), doubling the standard deduction, keeping the mortgage interest deduction. But in my opinion, the corporate tax cut is one of the shining points of this tax reform.

There are parts I don’t like, however. First, there’s the estate tax, also known as the death tax. It would likely stay in place. And it’s been a complete and utter failure.

The estate tax was supposed to prevent the formation of American aristocracy. It was intended to keep incredibly wealthy families from forming by making it impossible to pass a fortune from one generation to the next. You know, families like the Rockefellers, Morgans, DuPonts, and Trumps.

Obviously, it’s been a resounding success since none of those families are still super-wealthy.

What it really does is take from families who can’t afford the accountants and estate planners it takes to get around it — luxuries those super-wealthy families can afford.

So, I was all for eliminating it. But it looks like that’s not going to happen.

Second — and an even bigger failure in my eyes — is the limitation of the state tax deduction, also known as SALT. That stands for state and local tax deductions.

Currently, you can deduct taxes you pay to your state and locality. In places like New York, New Jersey, California, Massachusetts, and other major metro areas, this is a big deal. In fact, it’s the biggest deduction claimed every year by Americans. It amounts to $539.8 billion per year. The next biggest deduction is mortgage interest at about half that figure.

You can deduct your income taxes, property taxes, and sales taxes from your federal taxes right now. But the GOP plan places a limit of $10,000 on those deductions and makes you choose which state and local taxes to claim.

And, if you’re a homeowner in a city, you know how big those property taxes are. So, you’ll definitely lose out on a big deduction with this new tax plan. That rubs me the wrong way.

There are also a few pieces of this legislation that are downright ugly. The worst, in my opinion, is something that’s gotten very little press.

I actually didn’t learn about it until one of the members of my investing service, The Wealth Advisory, wrote in to ask about an email he’d received from his broker.

The email talked about how the reforms would limit his choices when it came to selling stock and reporting losses and gains in his taxes. That got me interested, so I read through the Senate proposal to find out what was going on. The dirty truth was on page 266.

Basically, it’ll do just what his broker told him. Right now, you can choose which shares you want to sell when trimming a position. If you bought some for $25 and some for $100 and the stock is trading at $50 now, you can sell the $100 shares and take a loss. You can then deduct that loss from your taxes.

But under the new legislation, you have to sell the first shares you bought. In accounting terms that’s known as first in first out, or FIFO.

So, if you bought those $25 shares first, you’ve got to sell them for a 100% gain and pay taxes on your profit, even though the entire position is flat.

If you’re selling enough shares, that could amount to a pretty hefty capital gains tax. All told, it’s going to cost regular Americans like you and me somewhere around $2.4 billion a year.

Not only is that an unfair shake for retail investors like us, but it’s been snuck into something called tax cuts. And that doesn’t sound like a tax cut to me.

Last year, I put together a list of some things to do to reduce your tax burden. I highly suggest you take a look and do what you can this year and next to give yourself a real tax cut.

I also recommend you check out this “cheat sheet” my colleague Briton Ryle and I put together for The Wealth Advisory community. It’s got lots of tips on maximizing your profits and your income, and it’s also got some very handy guidelines for reducing your overall tax burden.